Putin and Erdogan agreed on cooperation of the highest level

August 6 2013
108
Russian President Vladimir Putin and Turkish Prime Minister Recep Tayyip Erdogan agreed to hold a regular meeting of the High Level Cooperation Council between Russia and Turkey in the fall in Moscow in a telephone conversation, as well as continue communication at the G20 summit in St. Petersburg. The conversation took place on the initiative of the Turkish side. 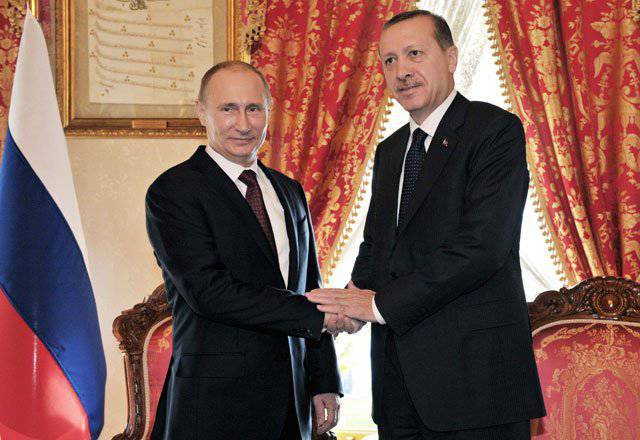 The Kremlin’s press service told ITAR-TASS that during the conversation the leaders of Russia and Turkey discussed topical issues on the international agenda, in particular, the Syrian conflict and the situation in Egypt. The importance of coordinated actions of the world community with a view to preventing further escalation of the crisis in the Middle East region was stressed.

The Russian-Turkish High Level Cooperation Council was established in May 2010 by the then Russian President Dmitry Medvedev and Tayyip Erdogan with the aim of creating "a governing body developing a strategy and main directions for the development of relations between Russia and Turkey." The Council will coordinate the implementation of important projects of political, trade, economic, cultural and humanitarian cooperation.

Within the Council, a joint strategic planning group was established under the leadership of foreign ministers to discuss the main issues of Russian-Turkish cooperation in international affairs. Meetings of the High Level Cooperation Council are held once a year.