August 6 2013
136
Two well-known American TV channels - CNN and NBC - decided to show a big-budget biopic and documentary mini-series about Hillary Clinton in 2014, respectively. Information about the television plans of the companies reached the National Republican Committee (NRC). Its chairman, Mr. Pribus, sat down at his desk, turned on the computer, and scribbled a couple of caustic letters to TV channels, including, among other things, that if only CNN and NBC tried to glorify Hillary Clinton on TV screens, the Republican party would respond to 2016 with a boycott of televised debates on presidential television election. 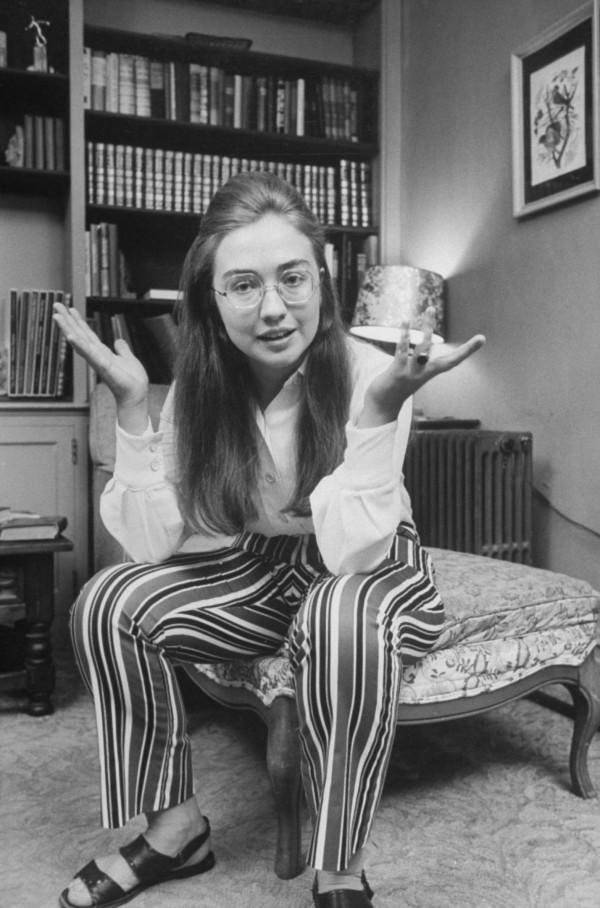 Republicans are well aware that if Hillary goes to the elections in the 2016 year, she will win them - as easily as other candidates do not exist. According to many opinion polls, today it significantly (on average 7-8 percentage points) is ahead of any of the possible Republican candidates - even Marco Rubio, even Paul Ryan. The fame of the latter, acquired by them in the 2012 elections of the year, is no match for Hillary's fame. Thanks to the television industry, the former head of the US Department of State will become something of a living monument.

In the American press they write that yesterday PRC chairman Raines Pribus sent the full poison of the letter to NBC News and CNN. The texts of the messages directly related to the decisions made by television companies on the production of films about the life of Hillary Clinton. The Republican Committee believes that these TV channels are going to “program” the society, preparing the electorate for voting in the presidential election of the 2016 of the year. In fact, TV channels begin the campaign of candidate H. Clinton. Pribus warns that the Republican Party will respond to this with a boycott of any primary or candidate debate in the 2016 year.

According to Mr. Pribus, the actions of CNN are alarming and frustrating. The objectivity of the film can clearly be questioned, and the decision to show is related to political favoritism and is nothing more than a part of a veiled plan for an expanded commercial campaign launched to promote Clinton’s candidacy.

As for NBC, Rains Pribus expressed similar anxiety here. The Republican believes that NBC already cannot claim to be broadcast from the “neutral party”, and the credibility of NBC will be completely undermined by the company's new actions.

As noted in the US media, the announcement of the series called "Hillary" NBC made last week. Former US First Lady and Secretary of State should play Diane Lane. CNN also suggests launching a documentary about Hillary’s life.

Rains Pribus is now calling on NBC “out of a sense of justice and decency and in the interests of the political process,” and also to preserve the reputation of canceling this “partisan” TV production, disguised as “impartial”.

NBC News, represented by spokeswoman Erica Masonhell, made only the following statement, and via Twitter: "NBC News is completely independent of NBC Entertainment and does not participate in this project."

But CNN made a statement no less poisonous than the letter of Mr. Pribus.

In a response, an open statement from CNN states that the documentary is intended to highlight the life of the former first lady and state secretary and that there is no need to make premature conclusions and make any decisions. The television project is in its early stages; months separate it from completion. If the members of the National Committee of the Republican Party nevertheless decide not to participate in the debates on CNN, the statement says, they will do a disservice to their voters.

Parried brilliantly. However, it is known that CNN in the United States is often referred to as the Clinton News Network - ever since the channel was launched in 1990's by Rick Kaplan, a close friend of President Clinton and his wife.

NRK will meet at a meeting on August 14. Pribus says that if TV companies do not cancel their decisions on film production, he will put on the agenda the question of compulsory voting on the boycotts of election debates.

Already there were statements from regional heads of the Republican Party.

EJ Spiker, the head of the Republican Party of Iowa, said that his state would also refuse to cooperate with CNN and NBC in the initial debate, if only the channels begin to show films about Clinton. Following Iowa, a similar statement came from Nevada. Next, we must wait for the reaction and the other states.

Hillary Clinton herself, however, never announced her intention to participate in the 2016 presidential election of the year. The reaction of the Republicans is quite understandable. In the stupid election campaign 2012 of the year, their candidate Mitt Romney called Russia the number one enemy and slandered a lot of other stupidities like almost instantly eradicating unemployment in the country and increasing the Pentagon’s budget - this is against the background of the crisis and the fact that the former Romney enterprise does not function in the US and China. All this gave Obama a whole range of possibilities for an active ironic controversy, as a result of which he secured his advantage. In a sense, the Republicans themselves led Obama to victory: many Americans voted for him simply because "as if it did not get worse."

As for the "kin will not be", then neither CNN nor NBC, we must assume, will not abandon their television plans. If the Republicans were a little smarter, they could run their films. True, the trouble is that they do not have famous candidates like Hillary. But a boycott of TV debates can only mean that Republicans will lose their audience. The electorate simply will not hear their proposals from the TV screens. Or did the “Great Old Party” decide to find an official reason for silence - so that another candidate would not blurt out anything about new warships or nuclear bombardment of Red Square?

After the television series and film in 2014, Hillary’s campaigning position will of course be strengthened. Its rating will grow. Is a democrat replaced by a democrat in 2016? Or rather, democrat?

Ctrl Enter
Noticed oshЫbku Highlight text and press. Ctrl + Enter
We are
Trump vs. Migrants, Clinton for the BlacksGeopolitical mosaic: Rubio says that weak and paranoid Putin sees threats everywhere, and Obama considers secret employees to be fools
136 comments
Information
Dear reader, to leave comments on the publication, you must to register.