"And who will defend their homeland?" About the Syrian heroes 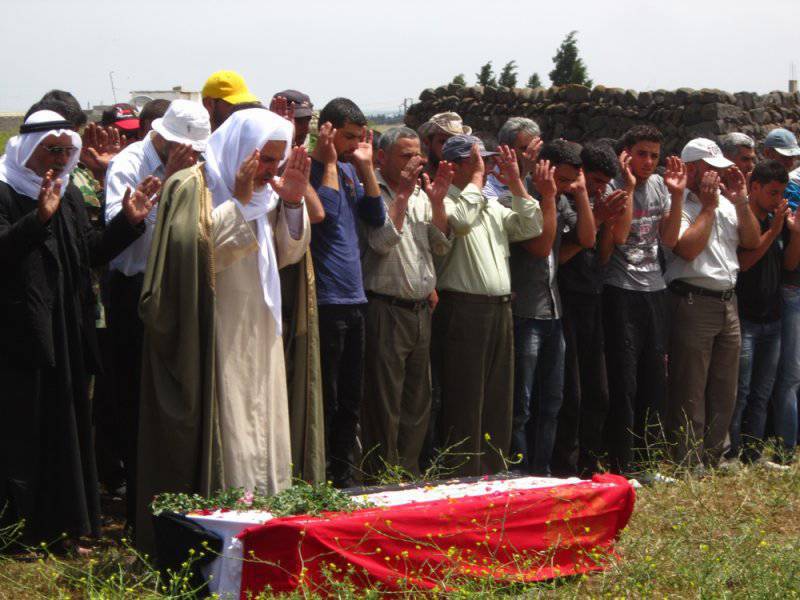 In early August, Syria celebrated the 68 anniversary of the founding of the Army. As already reported, on this day, President Bashar Al-Asad inspected army positions in the city of Darey near Damascus, shaking hands with the soldiers ... I would like to talk about the heroes of the Syrian army fighting today in conditions of an incredibly difficult war - the war of the new generation that the imperialist powers are waging against Syria someone else's hands for more than two years.

In Darey served two fighters - Muhammad and Ali. One of them was from Aleppo, the other from Homs, and they belonged to different denominations. Fate brought them together in one of the battles where Muhammad was wounded by a sniper. To help him was very difficult - the area was sweeping. Ali came to the aid of a soldier, still unknown to him, and carried him out from under heavy fire. Only by a miracle did the guys manage to get out alive.

A few months later, already in Darey, Ali was wounded - a fragment hit him in the shoulder, and a bullet shot through the leg. He had to go on vacation for treatment, and also in front of him was waiting for a meeting with his relatives. But he asked the commander to leave him in the service. He said that his duty is to free the country from terrorists, and he, despite his wounds, will soon be able to fight. Muhammad supported a friend and promised the commander that he would help and support Ali in every way. Both soldiers remained in Darey. And both of them soon died in battle ... Their friendship was open to the challenges of those who divide Syria and its people on a confessional basis and try to present hidden aggression against the country as "a conflict of Sunni and Alawites."

The militia fighter Awad Saleh Abu Zarad defended the Syrian capital from hordes of enemies. When the terrorists laid an explosive device in one of the buildings, and the soldiers discovered it, Awvad, who knew a little deminer, offered his help in dismantling the "hellish machine." 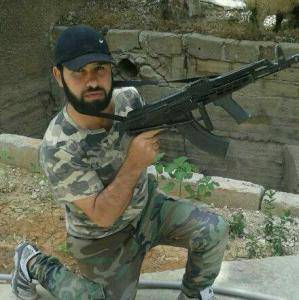 But, unfortunately, the work went wrong, the bomb exploded, and the fighter lost his left hand. But he continued to carry out his voluntary service after that. In July of this year, he died on the outskirts of Damascus at the hands of militant mercenaries.
The Syrians distributed a video on the Internet in which a young officer Mustafa Abdel-Karim Shaddud, noticing several Syrians among the enemies, goes to them to negotiate. At the same time, he put down his machine gun and appeared before the opponents completely unarmed. This happened during the battle for the village of Mleha near Damascus. 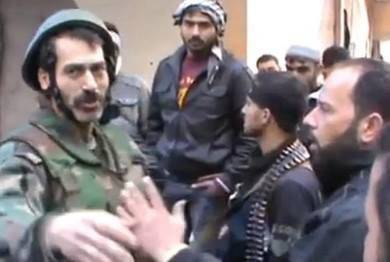 Even battered bandits were impressed by the courage and fearlessness of the officer, and they agreed to listen to him. The officer called on Syrian militants to fold weapon. “We are brothers, we are Syrians!” He said. I care about every stone and every house here. We should be together". The bandits asked him: “What denomination do you belong to?” The military said that Syria cannot be divided along religious lines. Militants began to object that in the country, they say, they were not satisfied with much, there were bad ministers. Mustafa replied: "In every suburb, in every family there is a bad person, but this is not a reason to fight each other."

It is not known whether he succeeded in sowing something good in the hardened souls of terrorists, but ... then he miraculously managed to avoid death. Unfortunately, another thing is known - in a few days, officer Mustafa Abdel-Karim Shaddud died in battle.

33-year-old Osama Muhammad Saleh was the nephew of a professor at Tishrin University in Latakia. Born in the village of Jabla in the province of Latakia, in a family with heroic traditions. One of his relatives died in the Lebanese war. When his family was confined to “Do not give more children to the military,” they all unanimously answered, “And who will defend their homeland?” Fate brought the young officer to the border with Jordan. There he was killed by a sniper's bullet. 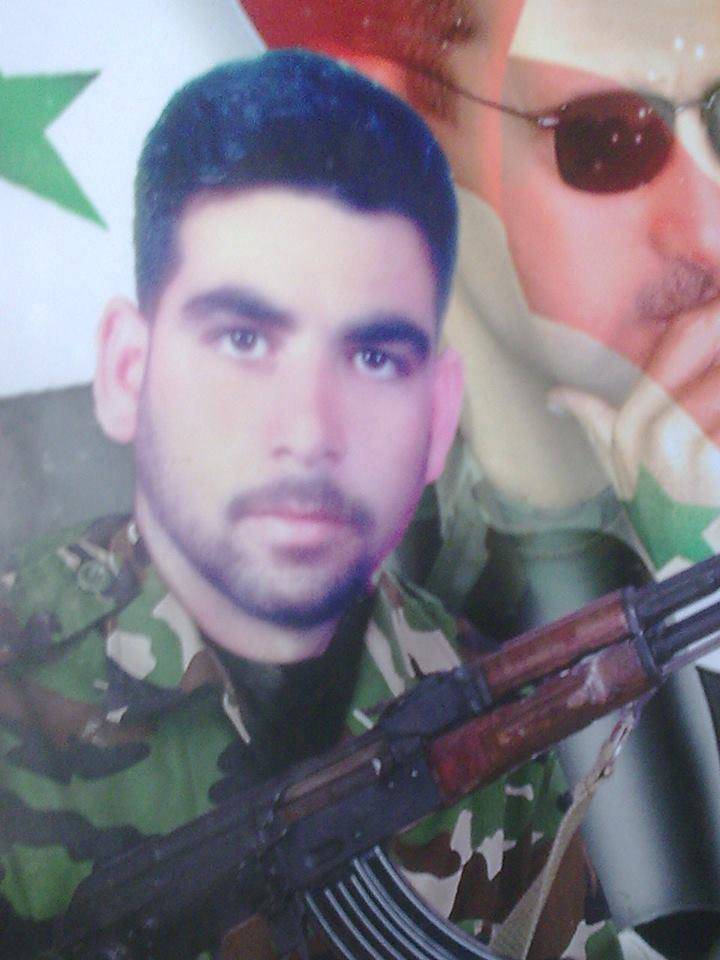 He has three children left, the youngest of whom is 2 of the month. But in these words: “And who will defend the Motherland” —the gulf between patriots and ordinary people, between heroes and cowards is clearly visible ...

Colonel Muhammad Ali, a native of the province of Latakia, recently, in July, died near Damascus. 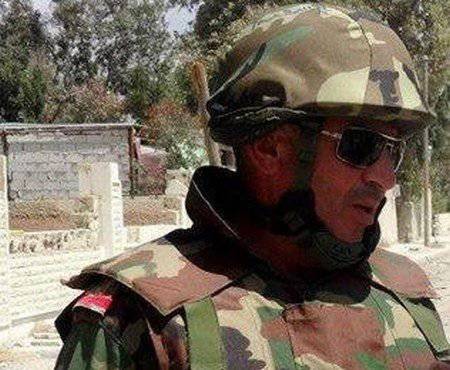 He commanded the Republican Guard Special Forces. For his legendary courage shown in battles with terrorists, he bore the eloquent nickname of "The Lion of Eastern Guta" ...

To match the heroes - and the mothers who raised them. The woman who lost her three young sons, said that when they left the house, they asked to bless them. “The blood of our children is not spilled in vain,” she said during a ceremony honoring the families of the fallen.

The mother of a fallen lieutenant named Maher said that the neighbors suggested that she send her son abroad so that he would not be sent to war. Both she and the young man himself with anger rejected such advice. The son gave his mother a promise that he would protect the holy Syrian land to the last drop of blood. And fully restrained him ...

The mother of the hero Abderrauf Ahmad Mista said that she was absolutely not surprised to learn that her son died a brave death, because she knew how brave a warrior she managed to grow up. He constantly said that he would not retreat a single step in the face of the most terrible danger ... And he did not retreat.
Thanks to such soldiers, such officers, and even such Mothers with a capital letter, similar to the women of Sparta, who spoke to their sons “With shield or on shield”, Syria has been held for more than two years in one of the most brutal wars in stories new century ...
Syrian officer persuades militants to surrender

Ctrl Enter
Noticed oshЫbku Highlight text and press. Ctrl + Enter
We are
Bashar al-Assad: In Syria, not the “revolution” that the enemies are talking about, but the revolution of the army and the people against terroristsSyria: Americans scare themselves, and Asma Asad buys chairs
Military Reviewin Yandex News
Military Reviewin Google News
139 comments
Information
Dear reader, to leave comments on the publication, you must to register.