NATO fangs fangs in the mountains of Afghanistan 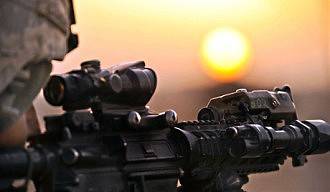 The forces of the Alliance destroyed what was, did not build up anything in return and signed their military and political helplessness.


In June of this year, the process of withdrawing NATO forces from Afghanistan began. The Danes were the first to leave, now the British are packing their bags, not forgetting to take with them even the fired copper shells, so that they can sell them with profit. And what is surprising? One must possess the western mentality of a merchant in order to see his profit everywhere, even in murders in a distant country. Apparently the British firmly forgotten what ended their two grief-campaign in Afghanistan in the XIX century, if once again thrust there.

Well, now all their fears behind, because the final withdrawal of the forces of the Alliance is scheduled for 2014 year. And he introduced his contingent there in the evening of October 7 2001, after the fall of the twin towers in Manhattan. It was the US response to the attack. Because Osama bin Laden, who was suspected of this attack, was in Afghanistan, and the Taliban who controlled him refused to hand over US terrorist number 1.

America behaved the same way as always - spitting on international law. The UN Security Council issued a mandate to stay in Afghanistan only for the peacekeeping forces, but in no way for NATO. Therefore, the introduction by the Alliance and the United States of its contingents into this territory can not be called anything other than armed intervention. Another grin of Western "democracy" with, undoubtedly, far-reaching "humane" goals. After all, the States do not doubt for a second that after their appearance in this country the notorious democracy flourished and 12 has flourished for years in a row, instilling an inexhaustible source of optimism and faith in a bright future into the hearts of Afghans.

The withdrawal of troops in a year is motivated by the fact that during this time the Afghan army will get stronger so that it can independently solve all problems in the country. Doubtful argument. Desertion from the armed forces of Afghanistan is widespread, massive. I think that the United States remembered for a lifetime its shameful flight from Vietnam and did not want the same repetition when withdrawing troops from Afghanistan. Moreover, they are well aware of how a group of Soviet troops in Afghanistan came out of the same country in an organized, well-coordinated and lossless manner, with combat flags deployed. Just have something to compare. Now imagine if the NATO contingent tries to get out of the country in the same way, all together? It is unlikely that they will succeed. And, most likely, few will return home. They will beat them along the way, from ambushes on mountain trails. So they are packed in turn, so as not to turn into live targets.

Entering troops wore the code name "Enduring Freedom." The operation set itself 3 most important tasks: the destruction of bin Laden, the destruction of the Taliban and the complete destruction of Al-Qaida. The one that they now generously finance and support in Syria. It cannot be said that their universal plans are realized. Is that except for the elimination of bin Laden in Pakistan after 10 years, in 2011, where the American fur seals also flew without the permission of the government of this country.

Al-Qaida continues to function as before. The Taliban, after holding out for some time in Kandahar, quietly moved into Pakistan. So with the strategic objectives of the Alliance in Afghanistan there was a complete embarrassment. Yes, and could not be otherwise. After all, the Taliban used all the same bases in Pakistan that the Americans had equipped them with at one time. And devout disciples have long surpassed their Western teachers in military affairs. So, initially, America’s chances were zero.

For two months, the Alliance inflicted massive air strikes around the country, and launched cruise missiles from the Arabian Sea, weakening the Taliban, but did anyone really think how many peaceful Afghans were killed? A lot of them died, those who did not support the Taliban at all. But this little worried Western civilization, they were concerned only with their own losses. And they lost 3000 soldiers and officers.

After ousting the Taliban to Pakistan, the Alliance attempted to control absolutely all spheres of the country's activities. A sort of military-political mentor without a mandate to stay. The desires were imperial, but they all broke up about an ordinary guerrilla war, in which the Afghans probably have no equal - for too long they have been engaged in this, the experience is great.

In January 2004, under the supervision of NATO, the constitution of Afghanistan was adopted, and in October, at the "democratic" elections, the protégé of the White House, Hamid Karzai, became president. Which now began to openly criticize the policy of double standards of the United States, conducted in Afghanistan. And that now, too, like all Afghans, requires the speedy withdrawal of the Alliance forces from the country.

Guerrilla war has not subsided since the invaders came to Afghanistan. The Taliban created a network of groups in the country that successfully carried out terrorist attacks, attacks on bases, airfields, convoys. NATO forces could not ensure the security of the country. But they were not in a hurry to leave, because Afghanistan has a unique geographical position - it is located in the middle of Central Asia, at the intersection of main roads. True, there are few natural reserves, there are deposits of coal and small deposits of oil, but all of them have not been developed.

After 12 years of NATO’s presence in the country, it can be concluded that the government, the army, the police and the state apparatus cannot independently bring order to the country. And the Alliance on the same path simply broke off his teeth. There is a mess in the country, corruption, terrorist acts, military actions, ethnic and interfaith strife. Western plans to keep Afghanistan under their control have come to an end. And when the Alliance finally comes out of it, then, most likely, a civil war will break out in the country, which is unlikely to ever end.

NATO is aware of its helplessness, so it was decided to withdraw the troops. In addition, the European military has recently been annoyed by the fact that George W. Bush started the war, and they now have to put themselves at risk.

During the time of NATO's rule in Afghanistan, according to approximate estimates (since NATO does not publish casualties among civilians), 35000 people died and left the country near 500000. Such is the statistics of the NATO democracy, such is the price of Western "democratic" values.

Alliance soldiers did everything to annoy the Afghans and set them against themselves in order to make themselves a negative image in the eyes of the world community. At the American base in Bagram, they publicly burned the Quran, causing a wave of hatred. The soldier shot the wedding for no apparent reason. Torture and bullying of prisoners became the norm for the life of the Alliance soldiers, images got to the Internet, where the military urinate on the corpses of dead Afghans. This shock caused a series of shots where soldiers torture an Afghan teenager and eventually kill him. There are a lot of pictures, and it’s good, probably, that not all of them showed us. This is a difficult test for the psyche, which NATO soldiers have not passed. And that is why they, according to the conclusion of doctors, abuse alcohol, painkillers and narcotic drugs. The number of suicides is increasing. It seems that these carriers of Western values ​​kill peaceful Afghans just for fun, for fun, no matter how awful it sounds. The atrocities of the coalition soldiers showed a real, grinning face of these monsters.

Another monstrous manifestation of the unreasonableness of the intervention of Afghanistan and the management of the Alliance in it was that, as a result of the war in the country, ordinary Afghans can no longer do something productive, since everything that is done or grown can easily be destroyed during the fighting. Therefore, almost everyone is now engaged in a safe and profitable business - they grow opium. According to statistics, since NATO captured Afghanistan, the volume of heroin produced has increased 40 times! Impressive, isn't it? And it goes without saying that NATO cannot control this growing deadly process or the drug traffic along the “northern route” to Central Asia. Where do drugs then go to Europe. According to reports, only 100000 people per year die from the Afghan “potion” in the world. And now, due to the efforts of NATO to “democratize” Afghanistan, there will, alas, be a lot more people to die.

No matter how you look at this US military adventure, in all respects it turns out that the forces of the Alliance suffered a deafening defeat. They destroyed what was, could not build anything in return, created a bad reputation for themselves and signed their military and political bankruptcy. And I am sure that they will not even be able to leave the country beautifully. There is still a year ahead of the complete withdrawal of troops, and in a year these guardians of "democracy" will do a lot of things, unfortunately.