The first victories of Soviet aviation in Korea

August 7 2013
108
Sixty years ago, the Korean War ended. One of the most interesting and at the same time ambiguous aspects of this conflict was air battles. For a number of reasons, even now it is impossible to accurately establish the loss ratio of the parties and, as a result, to correctly assess the tactics of actions of various units. Various sources refer to a variety of figures, based both on documents of the time and “grown up” on the specific political situation of the first years of the Cold War. Therefore, even in Western publications, which are difficult to suspect in sympathy for the Soviet, Chinese or North Korean pilots, there is a variety of information. Thus, in various books and articles there are estimates of the loss ratio from 2: 1 in favor of the USSR, China and North Korea to the success of UN pilots at the level of 20: 1. 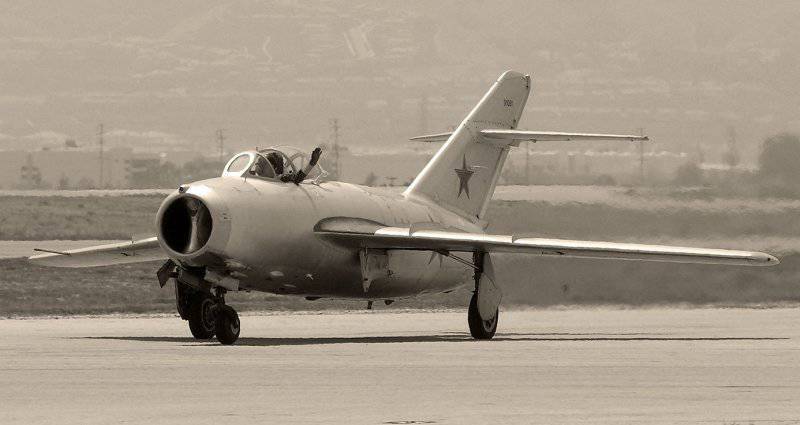 MiG-15 - the "workhorse" of Soviet pilots in Korea

Against the background of disputes over the exact numbers of downed and damaged aircraft, another equally important topic often remains undisclosed. It is not hard to guess that the final figures of victories and losses were not formed immediately. Pilots on both sides of the front had to learn to fight with each other, and such training took weeks, months, and dozens of combat missions. Therefore, during the first months of the war, each new victory in the air was the result of the use of new tactical finds and pans, because of which it had a particularly interesting character. Let us recall the first achievements of the Soviet pilots, which gave impetus to further successes in the air war over the Korean Peninsula.

First, remember who exactly fought on the side of North Korea. In the first weeks of the war, in the middle of the summer of 1950, the air forces of the Korean People’s Army were frankly weak. Only about 38 aircraft of various types were based at aerodromes north of the 150th parallel. UN troops, in turn, had an order of magnitude larger air fleet. In this regard, already in the fall of that year, the North Korean command turned to the Soviet Union for help. In November 1950, the 64th fighter was formed. aviation corps (iak), whose goal was to cover the territory of friendly China from raids by UN aviation, including the American one. In less than three years, as part of the 64th Jacob, 12 fighter air divisions waged war. About a year after the creation of the 64th Corps, in December 1951, two Chinese fighter divisions appeared in Korea. In the spring of next year, they and the first North Korean fighter air division were brought into the United Air Army. 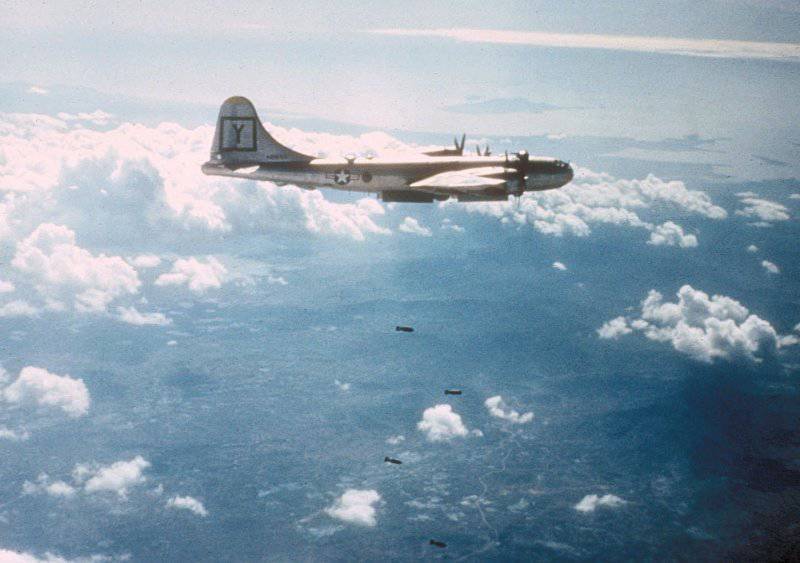 After the appearance of Soviet MiG-15 fighters over Korea, the situation in the air changed dramatically. In just a few weeks, the United States and UN aircraft almost completely disengaged from the few North Korean air forces and felt like the only air hostess. However, in December, the Soviet pilots from 64-iak in practice showed what self-confidence and carelessness can turn into. In the afternoon of November 1, a few weeks before the official formation of the fighter air corps, the pilots of the 72 Guards Fighter Wing made their first combat sortie during the Korean War. Five pilots on the MiG-15 under the command of Major Stroykov attacked a group of American piston fighters P-51 Mustang with the expected result - Senior Lieutenant Chizh opened the scoring for Soviet victories. There is also information about the F-80 Shooting Star fighter shot down the same day.

In Western literature, the fact of the destruction of the November 1 1950 of the F-80 fighter is not recognized. Most often it is claimed that this plane was damaged by anti-aircraft gunners and fell. Moreover, the first weeks of the combat work of the 64 th fighter corps in foreign sources are most often described literally in a couple of lines. Probably, the fact is that due to the absence of a serious opponent, the Soviet pilots actively shot down the Americans. Naturally, such facts, especially during the Cold War, were not disclosed in the West. Because of this, the main narrative of the air war in Korea in foreign literature often begins only with later events.

Shortly after the first combat departure, an account of losses was opened. Already on November 9 there was an air battle, the results of which are not subject to doubts on both sides. On the morning of this day, American planes bombed the bridge over the Yalu River. A group of attack aircraft covered fighter F9F Panther. To protect the object, 13 fighters from 15 and 28 fighter air divisions (iad) arrived to the area. Probably, not seeing all the forces of the enemy, the Soviet pilots attacked the attack aircraft, dropping bombs on the bridge. Because of this, the American fighter jets F151F were able to unexpectedly approach, smash the MiG-9 formation and shoot down the commander of the 15 squadron, Captain M. Grachev. Lieutenant W. Emen, taking a position advantageous for the attack, fired almost until Grachev crashed into the mound.

On the same day, November 9, the pilots N. Podgorny from the 67 regiment and A. Bordun from the 72 th Guards Fighter Aviation Regiment (IAP) scored the first victories over long-range B-29 Superfortress bomber. Subsequently, the fighters of the USSR, China and North Korea shot down, according to various sources, from a dozen and a half to 70 of such aircraft.

Seeing the serious losses of the old piston and obsolete jet aircraft, the American command already in December 1950 transferred the newest F-86 Saber fighters to Korea. This step eventually led to the expected result. A confirmation of the correctness of sending to the Sabreb war is the fact that four dozen (all but one) American aces pilots who scored five or more victories flew just such fighters. 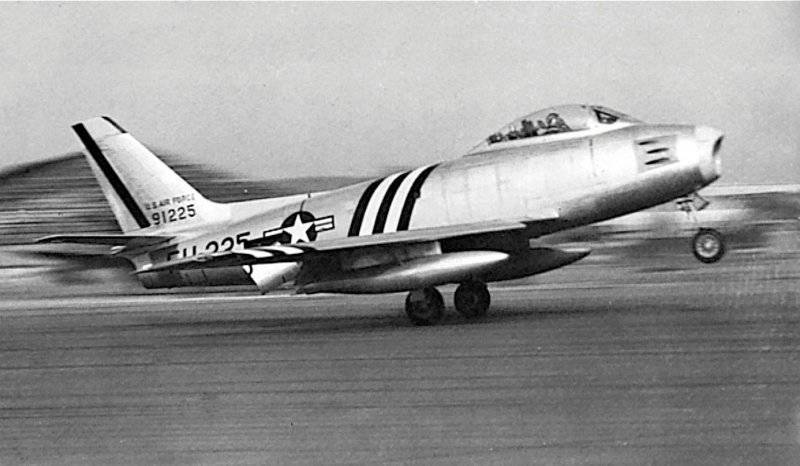 F-86 Saber - the main opponent of the Soviet "Migov"

The first collision of the most advanced fighters of the time - the MiG-15 and F-86 - was the 17 of December 1950 of the year. Unfortunately, this fight ended not in favor of the Soviet pilots. US Air Force Lieutenant B. Hinton shot down Major J. Efromeenko from the 50 Air Division. Just a few days later, on December 21, Captain Yurkevich (29-th Guards Fighter Wing) regained its favor with the Americans, knocking down the first F-86. However, according to American documents, the first Saber was lost the next day.

December 22 held several fairly large-scale air battles with the participation of F-86 and MiG-15, received abroad the general name "Big day of UN pilots". During the day, pilots from both sides conducted several air battles, according to the results of which their personal accounts in total increased by five F-86 and six MiG-15. It is worth noting that these numbers turned out to be erroneous. In fact, on that day only two Soviet and one American fighter were lost. Such erroneous estimates of the number of downed aircraft are a constant problem of any air battles. However, the December 22 fights differed in that they were the first major clashes of the newest fighters of the USSR and the USA. It was the events of this day that had a great influence on the entire subsequent course of the war in the air of Korea.

December 24 Commander 1 Squadron 29 th Iap Captain S.I. Naumenko in two battles shot down one American fighter Saber. Returning to the airfield after the second battle, Naumenko had five victories to his credit. Thus, Captain S. Naumenko became the first Soviet ace in the Korean War. In May of the following year, the pilot was awarded the title Hero of the Soviet Union. 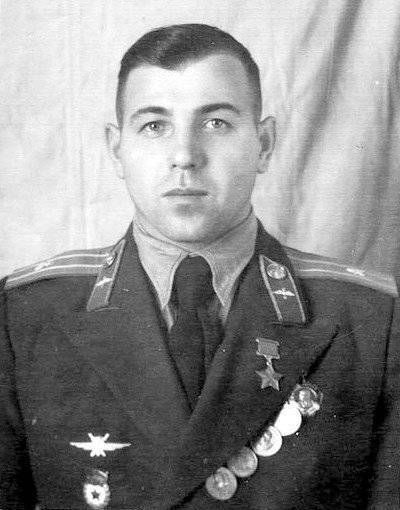 In the future, the first of its kind achievements of the Soviet pilots began to appear less and less. For example, the first night air battle victory took place only in the late spring of 1952. By this time, US heavy bombers were flying exclusively at night, which made it difficult to intercept. At the end of May, the 52 th major A. Karelin (351-iap) during the night flight accurately hit the B-29 bomber. The enemy aircraft was in the rays of anti-aircraft searchlights and did not notice the attack of the Soviet fighter. According to some sources, six months later, in November 52, Karelin received precise guidance on the American bomber and even hooked it, mashing several parts of the fuselage. After hitting the arrows opened fire and revealed themselves. It was the last flight of that B-29.

Finally, in February 1953, A.M. Karelin became the first Soviet ace with five wins exclusively at night. This time the battle turned out to be very difficult: the arrows of the B-29 bomber seriously damaged the Soviet pilot's MiG-15. Karelin, having shot down the enemy plane, returned to his airfield with the engine stopped. In the fighter found almost 120 holes, 9 of which were in the cockpit. The pilot himself was not injured. After this departure, Karelin was banned from flying to combat missions, and soon the regiment was sent home to the Soviet Union. In July, 53, A. Karelin became the Hero of the Soviet Union. 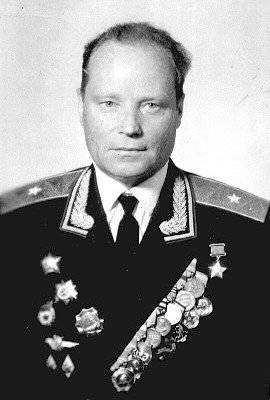 According to the Soviet side, during the Korean War, pilots of the 64 Fighter Aviation Corps made over 64 thousand fly-away flights and conducted almost 1900 air battles. In these battles, UN troops lost about 1100 aircraft, including 651 F-86. Corps anti-aircraft artillery destroyed 153 aircraft (40 "Sabre"). For comparison, the Korean and Chinese pilots completed 22 thous. Sorties and 366 once participated in the battles. Pilots of the United Air Force destroyed the enemy's 271 aircraft, including the 181 F-86.

These colossal figures relating to the combat work of the Soviet pilots 64 th, did not appear immediately. For several years in a row, pilots flew every day on missions and gradually increased the number of combat sorties, battles and victories. Each list of such events began with a battle or victory gained by the forces of a very specific pilot. Unfortunately, such aspects of the Korean War are being covered, studied and discussed not as actively as the already urgent questions about the exact number of aircraft that were shot down.

Ctrl Enter
Noticed oshЫbku Highlight text and press. Ctrl + Enter
We are
352 shot down as a way to defeatRed commanders on the Alley of Mig
Military Reviewin Yandex News
Military Reviewin Google News
108 comments
Information
Dear reader, to leave comments on the publication, you must to register.