How long will Russia hold out against the whole "world"? 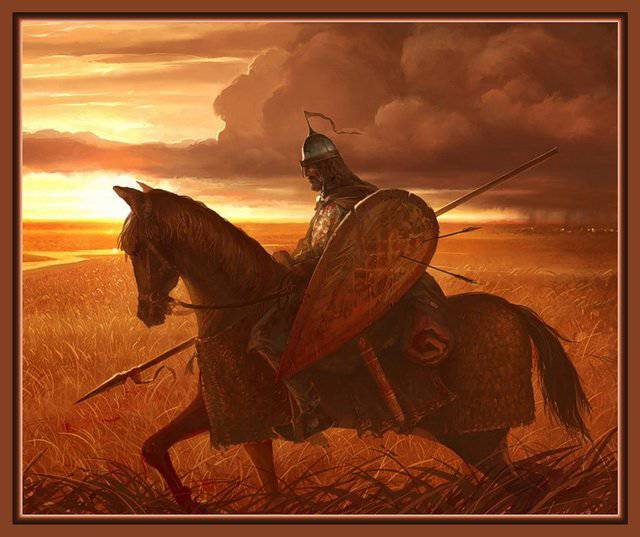 Fear not the number of enemies, but their unity.

Olympics in Sochi sacrificed on the altar of the LGBT revolution, to save face? In 1992, the World Health Organization removed homosexuality from the list of psychological disorders. If we take into account that the classic generational change in society takes place over 25 years, the LGBT project has even succeeded in its progress. But I want to talk today not about gays and lesbians, but about what price Russia will be given resistance to this infection.

So, how long will Russia hold out against the whole "world"? The word "world", I deliberately put in quotes, because LGBT phenomenon is peculiar not only to the classical Western civilization, but also for some regions of Southeast Asia and South America, but it’s too early to say that the whole world is covered by the LGBT virus. What is the essence of confrontation? The point is certainly not in the gay parades and in their dispersal by traditionalists. Everything is much more complicated than it seems at first glance. I recently discovered for myself such an incident. I quote:

"To for guests and participants in the Sochi Olympics will not be subject to the law prohibiting gay propaganda among minors.

"The Olympiad is the largest international event. Our task is to be as correct and tolerant as possible. Therefore, it was decided that this issue would not be raised during the Olympiad," Igor Anansky, chairman of the State Duma Committee on Physical Culture, Sport and Youth Affairs, told Interfax. . "Russia plans to hold major international competitions in the future, they should be held as safely and correctly as possible," the deputy noted.
According to him, a number of Olympic athletes have already expressed a desire to go to the opening ceremony of the Games with rainbow flags or badges with symbols of the LGBT community.. "

Thus, Russia loses in two aspects at once. This is primarily in the legal field, and after the moral one. If in the legal field it is clear that the principle “The law does not have retroactive force” and “The law applies to the entire territory of the Russian Federation”, then from a moral point of view, the situation is almost deadly. Millions of Russians, compatriots in the CIS, and people all over the world, will see at the opening ceremony of the Winter Olympics: sports gay parade? Indeed, many foreign athletes who are not even part of the lgbt movement, expressed a desire to wave the rainbow flag at the opening ceremony, thus provide moral support to disadvantaged gays and lesbians in Russia!

Now there are many questions that I want to find the answers! We know that the LGBT “culture” began to penetrate in the West and in other countries of the world, into all spheres of life and segments of society. We know that "this" it becomes part of not only the culture of the masses, but also part of their legislation, as well as in fact part of international law in the context of human rights with a broad interpretation. This raises the question: “Any sporting and non-sporting event in Russia, or with the participation of the Russian national team abroad, can be the object of attack or worse - forced concessions ?!”

In the near future, the LGBT problem for Russia will become more than just a moral issue. It will not be possible to isolate yourself from this and hide the head in the sand. Either official Russia forms national idea, ideology and promotes this alternative to the whole world, thereby striking overseas at this scum, or recognizes the fact that it closes the holes in a huge dam called the “mad world”. Sitting in the corner will not work, half measures will not help. LGBT - this is the case when they say this: either black or white. The presence of other shades lead to the infamous rainbow flag.

The West is not a fool. Having crushed countries and legislation, he will put pressure on Russia for oppressing LGBT, ranging from international school competitions and chess tournaments to regular international conferences with the participation of the Russian Federation. Naturally, this will be detrimental to Russia in all respects and even economically, although at a later stage. And as you know, money can move mountains. Of course, it’s too early to talk about international isolation, and even crazy about it, but who of you 5 years ago could have thought about such “tacit” conditions for the Sochi Olympics ?! For example, for my native Ukraine and neighboring Moldova, respecting LGBT rights is one of the points of signing a trade agreement with the EU. In essence, it is a pressure tool and an economic weapon. And you thought it was only a humanitarian weapon? And this is not the place to Military review?!

At the moment, the question and the question is about a good picture from the opening ceremony of the games in Sochi, but how will it stand in 5-8 years? Boycotting anything and everything? There will be not only image losses. All of course recently laughed, as American gays and lesbians missed with the public ignore of Russian vodka in the United States, where non-Russian manufacturers were subjected to a boycott. But as they often say in Russia: "The first pancake is a lump!"

Thus, we can make sure that the LGBT issue ceases to be just a matter in the moral and ethical environment and slowly fits into various spheres of the life of society and the economy of Russia, acts as a tool of pressure and already even fun over Russian legislation. I think there is no need to explain what pressure will be on Russia when LGBT marriages in the world will be such a simple fact as we are going to the barber and bathhouse.

PS Argued that international legislation in Russia prevails over national law. So there is something to work on. Otherwise, enterprises with foreign capital, international celebrations, consular evenings in DC and even international transit zones will become a place for legal loopholes of the LGBT movement in the Russian Federation, and how much for public provocations and insults to Russia and the demonstration of insolvency to protect their cultural space.

Ctrl Enter
Noticed oshЫbku Highlight text and press. Ctrl + Enter
We are
About Stalin and KhrushchevWhat you didn't want to know about England
Military Reviewin Yandex News
Military Reviewin Google News
138 comments
Information
Dear reader, to leave comments on the publication, you must to register.