August 1 2013
215
Xinjiang Uygur Autonomous Region of China is not the most peaceful place on the globe, although it is very attractive for, for example, tourists. Uighur riots and protests in the area do not subside. Extremists from the East Turkestan Islamic Movement (ETIM), as well as from the East-Turkestan Association for Education and Solidarity (ETESA), incite youth who want “independence”. Yes, and Washington aside is not worth it. The Chinese authorities, of course, suppress Uigur Islamists. And in the Russian media there are parallels between the Xinjiang Uygur Autonomous Region (XUAR) and Chechnya. 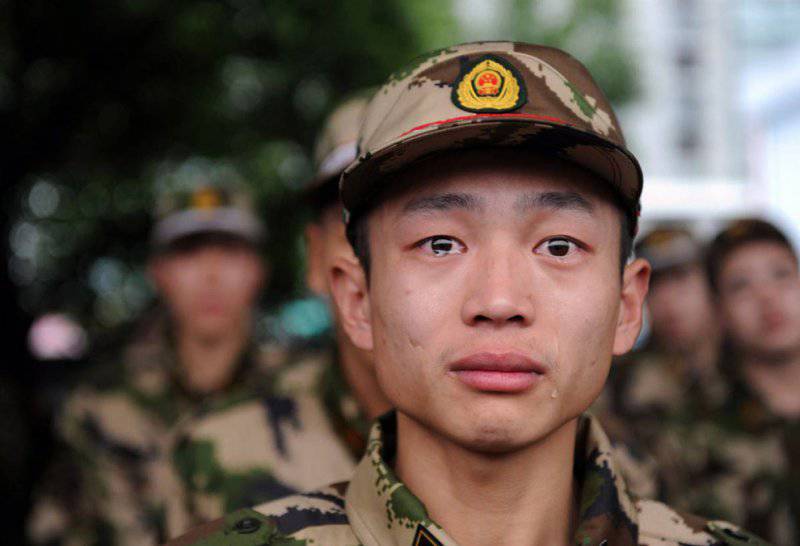 A month and a half ago, XUAR was sentenced to various prison sentences of 19 Uighurs. They were accused of inciting racial hatred and religious extremism. Reported by "Lenta.ru" with reference to Reuters.

What are they wrong? One visited forbidden sites on the Internet. Another distributed online materials received from abroad that promoted "religious extremism and terrorism." Eight more were convicted for “disturbing public order”: according to the charges, they “broke into houses and smashed television sets in“ religious ecstasy ”, The Guardian notes.

In the summer of 2013, there were a number of clashes between the Uigurs and the police in XUAR.

As indicated in Novaya Gazeta Vasily Golovnin, ITAR-TASS plant in Japan, a month ago, a mosque in a settlement in the Khotan oasis was closed before a namaz: Chinese police warned that the building was used by extremists. A crowd of Muslims marched through the city to the cries of "Allah Akbar!"

Chinese authorities claim that a group of extremists with long knives and sticks attacked a police station on motorcycles; from there they were answered with bullets. But the Free Asia-sponsored Free Asia radio station is confident that the police started first: it beat the crowd, and the young people tried to run on motorcycles — and got in the back of the queue. 10-15 killed, fifty injured, more than two hundred arrested.

The bloody incident occurred in the town of Lukchune - an island of tourism. 26 June a mob of Uygur Muslims there suddenly took the police station by storm. The police tried to shoot back, but almost all of them were killed with sticks and knives. The winning crowd went to the city administration, but there, indicates V. Golovnin, she was greeted by machine-gun fire. The outcome was predetermined by units of the People’s Police that had been transferred to the place of rebellion. Bottom line: 35 killed (of which 11 was the attackers, the rest were policemen and local residents).

Three months ago, a rebellion happened in the south of XUAR. 21 dead, including 15 cops.

Judging by the death toll from various sides, it does not seem that the speeches are "bloody" suppressed by the police.

At the end of October 2012, the rebellious Uigurs also encountered government forces. After which the Chinese authorities wrote ZeeNews.com, appealed to the entire international community, calling on him to show "high vigilance" and at the same time intensify cooperation in the fight against terrorism. The reason for such an ardent statement was the actions of Uygur Islamist militants in the north-west of Xinjiang province, where they clashed with government forces.

Information on the clash in Xinjiang was confirmed by the official representative of the Ministry of Foreign Affairs of the PRC, Hong Lei, who stated that the militants were in "collusion" with international terrorist groups.

ETIM in China is involved in drug trafficking, as well as trafficking in persons and weaponsin addition, members of this organization are involved in robberies and abductions for ransom. ETIM is a gathering of separatists and criminals who once fled from Xinjiang and studied terrorism abroad. So say Chinese officials.

As for ETESA, its activities are aimed at “educating and training Muslims” in Xinjiang and “their liberation”, which will be achieved through the creation of a Muslim state.

Such a “independence” is demanded by the separatists. In the media no-no, there is a glimpse of unverified information that these extremist Uighurs even fought (and continue to operate to this day) in Chechnya. In Syria, they are undoubtedly fighting - it is clear which side.

Supporters of Uighur independence claim that the Chinese authorities: a) forbid them to practice Islam; b) do not allow minor children (up to 18 years) to participate in religious practice; c) deprive the Uygur of national identity and try to assimilate.

By the way, ETIM, that is, the Eastern Turkestan Islamic Movement, is included in the list of terrorist organizations of both the United States and the United Nations. However, both ETESA and other separatist movements in the region are not listed. As indicated by Tatyana Kaukenova (IA "REGNUM"), the Uyghur map for the United States is convenient as a potential lever of pressure on a growing China. Ms. Rabia Kadir, representing the Uyghur movement and who heads the World Uygur Congress (WUC), lives in the United States. Where does the money from VUK? And it turns out that it is funded by the US Congress. When almost two hundred people were killed in the summer of 2009 in Urumqi during the suppression of another riot, the Chinese government accused the WUK of initiating protests. It is interesting that, as Andy Worthington notes (eurasiareview.com), in the Guantanamo Prison, three Uygurs are still in prison (nineteen of their compatriots have been transferred to other countries since 2008).

All this, in principle, clearly reflects the policy of double standards in Washington. When it is necessary, the State Department pulls on one lever; when the time comes, it takes on the second.

"... Inflammatory sermons in mosques, attacks on police stations, murders of" comers "from the central regions of the country, skillful use of real mistakes of local authorities and provocative myths, dissemination of disruptive literature published abroad, creation of foreign missions to conduct information warfare ..."

The author recalls that tolerant Chinese have coexisted with the bearers of Islam for many centuries: the first mosque appeared in the then Chinese capital Chang'an (now Xian) in 742 year.

Why is Xinjiang? An important role, notes the orientalist, is played by the location at the border, facilitating penetration from abroad. Without external financing and sent instructors and mercenaries, the conflict in Chechnya would not have become so widespread. The same in XUAR. Without the participation of foreign centers, the Uygur’s dissatisfaction would hardly have taken the shape of a coordinated insurgency. The author also explains the increased attention to Xinjiang in preparation for the period after 2014, when the main part of the ISAF contingent will be withdrawn from Afghanistan.

Yuri Tavrovsky recalls that the first major bloodshed in Urumqi in 2009 did not accidentally coincide with the uprisings in Uzbekistan, Tajikistan and Kyrgyzstan, as well as the beginning of the actions of the rioters in Kazakhstan. In essence, "technologies of destabilization of the entire strategically important region are being worked out, the militants are getting together, channels are being created for the transfer of terrorists and weapons, and the spread of subversive propaganda."

This is nothing but the blessing of the West, which concerns the XUAR in the same way as it concerned Chechnya. China's containment strategy openly proclaimed by the United States in 2011.

“... An important role in stirring up separatism in XUAR is played by professional terrorists acting under the auspices of al-Qaida. In recent years, this worldwide terrorist organization has not only restored ties with its creators from the American special services, but also builds them up. Suffice it to mention Libya, Yemen, Sudan. This became especially evident during the civil war in Syria, where terrorists gathered from around the world under the black flags of al-Qaeda receive funding and weapons not only from Qatar and Saudi Arabia, but also from the United States and other Western countries. In essence, supporters of the world Islamic caliphate became the executors of large orders of the West to destabilize entire countries and regions of the world ... "

To this it must be added that destabilization in XUAR is hitting the PRC more painfully that this autonomous region in the Middle Kingdom has become one of the modern centers of attraction for tourists.

Как notes Xinhua news agency, only in the first half of 2013, XUAR received 22,25 million tourists. According to the statistics of the district, in January-June, the number of tourists visiting Xinjiang increased by 28% compared to the same period last year, and the growth rate by 8,3 pp exceeded the rate recorded in the same period 2012 of the year. XUAR tourism revenue reached 23,8 billion yuan and showed an increase of 23%.

Undoubtedly, Washington will continue to carry out - for example, through Mrs. Kadir, the "coordination" of its activities in XUAR. The scenario chosen is the same that started in 2011, in Syria. In the same way as in Syria, in the Chinese autonomy “terrorists” and “non-terrorists” are defined, that is, freedom fighters. If in the Syrian conflict, Washington officially dissociates itself from al-Qaida, in the XUAR, it officially condemns the Islamic Movement of East Turkestan. The rest of the separatist movements are supported in various ways, up to financing through Congress - in full accordance with the "containment strategy" of the Middle Kingdom.