Wretched "chess players" want to break the board? In the wake of the tragedy in Khan al-Asal 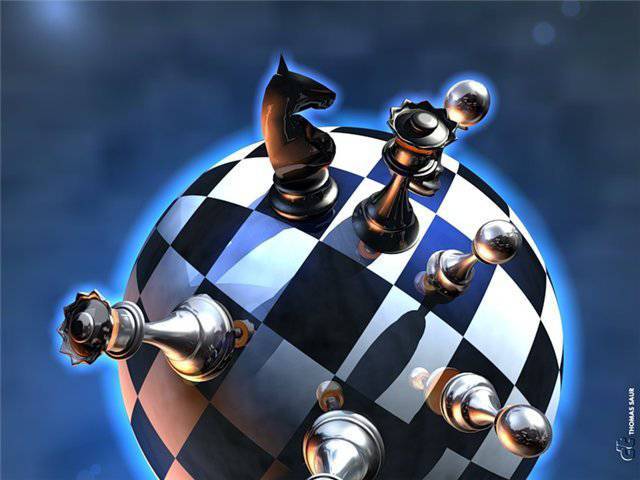 When two partners play chess, and one of them starts to lose, he cannot go a pawn through the whole field or walk like a queen. There are certain rules, and no desire for victory can justify a violation. A worthy opponent will defeat courageously. But an unsuitable psychopathic chess player, losing, will sweep away all chess from the board, and break the board itself.

It is these worthless chess players that Western countries are now trying to overthrow the legitimate authority in Syria. Yes, politics is different from chess, but it also has its own rules. In the end, there is international law, the UN Charter, the Geneva Conventions and other documents that prohibit interference in the affairs of a sovereign state and would have to restrict careless "chess players." But the Western world, which was never able to conquer Syria, more and more falls into despair and, together with its puppets, demonstrates a desire to "break the board."

In the Western press, there are more and more publications that Syria, led by President Bashar Al-Assad, is winning. The Syrian army, after successes in the city of Al-Xayr, managed to develop an offensive. Currently, there is a mopping up of a gangster nest created in the city of Homs. The rebels for a long time kept the territory adjacent to the Old Town. The army liberated one of their main strongholds from the bandits - the Al-Haldiyu quarter. Currently, army operations continue in the neighborhoods of Jurat al-Shiyah, Karabys, Al-Kusur. These places, the “opposition”, called the “heart of the revolution” - now both the rebels and their patrons are dissatisfied with what is happening.

Syria and its allied countries would be able to win in the diplomatic field if the game was played according to the rules. After Russia provided compelling evidence of the use of chemical weapons insurgents in the Khan al-Asal district and Syria sent a UN commission to investigate the incident - it would seem that further obvious. The West and its allies in the region should apologize and stop supporting terrorists - like a good chess player, with pride to admit defeat.

But the answer was an attack on the Khan Al-Asal area and a massive, incredibly brutal massacre of captured servicemen and civilians.
As the Permanent Representative of Syria to the UN, Bashar Al-Jafashi, stated at the General Assembly meeting, the gangsters staged this massacre to remove witnesses of the chemical attack carried out by terrorists in the Khan Al-Asal region. He demanded to investigate the crimes of the "oppositionists".

“The Khan al-Asal massacre was committed to eliminate witnesses who could testify at the UN secretariat and directly point out those who used chemical weapons,” the diplomat said and added that this happened two days after the decision was taken the work of the commission to investigate the use of chemical weapons.

It would seem, after what happened, after all the bloody videos of eating the heart of a Syrian soldier, after the “oppositionists” killed teenagers in Aleppo and Deir ez-Zor who shook the world, and even more so after the monstrous war crime of militants in the Khan Al district “Asal,” everything became obvious.

But bad "chess players" do not want to respect the rules. State Department spokeswoman Jennifer Psaki commented on what happened: "Of course, we know about the massacre of soldiers of the regime, but we will help moderate opposition."

At the same time, Psaki referred to the fact that the “Syrian Free Army” allegedly disowned the crime and even condemned it.

It turns out that there is a certain “white and fluffy moderate opposition” that needs help. But that, on the other hand, turned out to be along one front line, along with the “bad terrorists” from radical groups, which carry out all those terrible crimes that shook all honest people of the world.

But oh, how the USA and its allies do not want to be responsible for frank war crimes! And worthless "chess players" continue to "break the board", trampling international law!

Ctrl Enter
Noticed oshЫbku Highlight text and press. Ctrl + Enter
We are
Bashar al-Assad: In Syria, not the “revolution” that the enemies are talking about, but the revolution of the army and the people against terroristsSyria: Americans scare themselves, and Asma Asad buys chairs
Military Reviewin Yandex News
Military Reviewin Google News
56 comments
Information
Dear reader, to leave comments on the publication, you must to register.