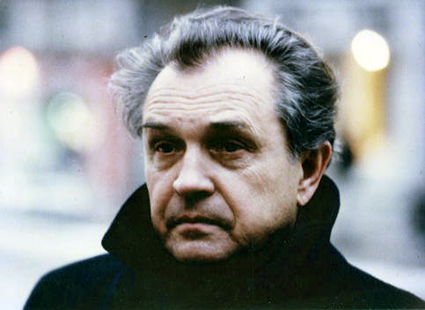 
However, in a society in democracy, as in God, not everyone believes, although they observe democratic rites, procedures and figures of speech. “We know what kind of world we live in,” Putin said frankly when he was once on a visit to either Hong Kong or Singapore. People with such a mindset have real power in a democracy, because they have a real picture of the world: free from its fetishes.

Everything must be approached historically, from this point of view, the western “democratic” model of society is an ideological product of the cold war era between the USA and the USSR, the West and the East, the West’s response to the challenge of communist ideology. Only in the 50-s of the last century did the “democratic” Western model begin to gain the upper hand in the minds of the Western intelligentsia over the “communist” planned one.

Whoever does not believe, and this seems incredible today, can turn to, for example, such an undoubted expert in this matter as the English writer and politician Bernard Shaw. By the way, this explains to a large extent the selfless intelligence activities in favor of the USSR by many Western intellectuals, for example, Kim Philby and the entire brilliant Cambridge four: they were still the idealists of the old communist hardening.

Historically, “democracy” and “communism” are ideologies of the same order. They can be “built” and “developed”, they are divided into “lower”, as if developing, and “higher” as it were, mature forms. This is no accident: they are variants of the same Renaissance Western doctrine, originating in the Renaissance, with its unconditional faith in the progress of mankind; This idea was borrowed in a rapidly developing technical sphere, and uncritically transferred to the public one. At the beginning of the twentieth century, it was believed that communism was a higher stage than “bourgeois democracy”, today it is the opposite.

The idea of ​​progress makes these ideologies spiritually related, progressive, deifying progress in any field, even intimate. Dissident philosopher A.A. Zinoviev was the first to point out the intimate connection of these ideologies, and therefore is still subject to the anathema of both democratic and communist.

Any ideology implies certain principles, dogmas and symbols that are declared sacred, true, not subject to doubt. They are tried to follow, and follow as long as it is possible, because they are internally contradictory. From the contradictions of their own dogmas, the mystery of democratic power is born.

For example, the mystery of the global financial crisis, which is completely contrary to all market theories, but somehow it can be “stabilized”. While there is enough bread for fans of shows. When bread ceases to be enough, then the secret of Western democracy will be revealed to the whole world ...

It must be admitted that all the criticism of "bourgeois democracy" by the Marxist communists of the early twentieth century remains in force. (In addition, we know that communism in fact turned out to be no better than democracy.) Today its ideologues tell us, justifying that the world financial crisis has no clue where it comes from.

This is not the whole truth: knowing the genesis of democracy, we must make an important clarification - this is a crisis in the first place of Western democracy, in whose bosom its financial sin was born and developed. This is the collapse of the sweet lie that "democracy is the power of the people," or at least has something to do with it.

The revival sages and their followers succeeded in reviving, as they wanted it, the ancient democratic form of power, however, in its worst incarnation. If we turn to the ancient Greeks and Romans, we will see that from the height of their political culture, Western democracy is the “public” power of demagogues, covering the “secret”, backstage power of the oligarchs.

Antique democracy was part of the political culture of the Ancient World, which limited its extremes and made it organic. When the revivalists pulled out the ancient democratic idea from their political context, it quickly degenerated into a form that Plato said was “the worst kind of slavery”. Under the conditions of the modern “mass society”, it quickly acquires all the features of an ohlos, nameless crowd.

What is behind the existing "democratic showcase"? - It is difficult to say, but it is obvious that soon we will observe a change of scenery.
Perhaps, on the global “democratic matrix”, the planetary scale of which was opened to us by the first “fugitive of their matrix” Edward Snowden. Okhlos bridle ...

The peculiarity of Russia is that it is really not democracy, in the Western sense: the power in Russia does not belong to the oligarchs and their Obama, ”vip-service, the power of our“ seven banks ”remained in the 90's. The highest authority in Russia is presidential, and today it belongs to V.Putin and his team, which is also “authoritarian” and democratic in the popular sense, because it appeals directly to the people of Russia and enjoys the confidence of the majority of Russians. It operates after the Seven Bankers, but under the conditions of the same global financial and other market.

It remains to hope that our government really "knows what kind of world we live in", and therefore is preparing for difficult times. And Russia will have time to re-equip its two loyal allies - the army and navy.

Ctrl Enter
Noticed oshЫbku Highlight text and press. Ctrl + Enter
We are
Lion City - Half a Century of Independence of SingaporeResults of the week. “A smart face is not a sign of the mind”