Destroyers of the Japanese Navy will arrive in St. Petersburg with an unofficial visit 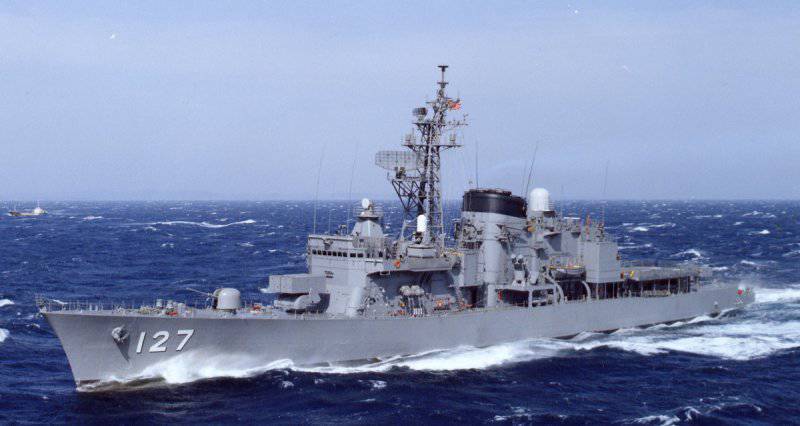 Warships of the Japanese Self-Defense Forces will arrive in St. Petersburg with an unofficial visit, Colonel Oleg Kochetkov, head of the press service of the Western Military District, told Itar-Tass today.


The DD-127 destroyers Isoyuki and Shirayuki DD-123 will arrive in the northern capital on July 31, at the invitation of the Russian Navy command, he said.

According to Kochetkov, Japanese ships will be moored on the Promenade des Anglais, at the Annunciation bridge, where the Baltic corvette will be with them fleet "Smart."

During the five-day visit, guests will see the sights of St. Petersburg, as well as visit the Naval Academy. Kuznetsova, where they will get acquainted with the organization of training of their Russian colleagues.

In addition, Japanese and Russian sailors will hold a friendly football match and the traditional “cabin exchange”, during which Japanese military personnel will learn about the features of service and life in the Russian Navy, and the crew of the Smart will become a guest on one of the Japanese destroyers.

Both Japanese destroyers belong to the third generation of ships of this type and are in service with the Japanese Self-Defense Forces for about 30 years.

Too small displacement allows to refer these ships to the class of frigates, and not destroyers, as was the case 30 years ago.

Ctrl Enter
Noticed oshЫbku Highlight text and press. Ctrl + Enter
We are
Innovation Day of the Southern Military District: Pictures from the Exhibition"Admiral of the Fleet of the Soviet Union Gorshkov" of the 22350 project - transition from St. Petersburg to Kronstadt
Military Reviewin Yandex News
Military Reviewin Google News
78 comments
Information
Dear reader, to leave comments on the publication, you must to register.