Fighting Corruption as a Science

July 31 2013
39
Without unambiguous criteria, the war with theft turns into a banal campaign


Today, no one needs to be convinced that combating corruption in the defense industry is a necessary condition for the effective use of funds allocated from the country's budget for the re-equipment of the Armed Forces and the modernization of the defense industry. There are many problems along the way. One of them is the lack of a formalized procedure for measuring the level of corruption.

Today, within the framework of the implementation of the national anti-corruption plan, the ministries have taken a set of measures to create regulatory, organizational and financial-economic conditions that minimize corruption risks in the DIC. At the same time, it is believed that it contributes to curbing or limiting corruption. In order to understand whether this is sufficient to achieve the goals set and whether it is possible to expect a significant reduction in corruption risks in the DIC, let us turn to the well-known results of control by the law enforcement and supervisory authorities of customers and executors of the state defense order in 2012.

The number of offenses. The number of criminal cases in the field of state defense order in comparison with 2011 year has not decreased, but increased significantly. This raises the following questions: are these the results of intensified control activities or the growth of corruption, and what to do next to increase the effectiveness of the measures taken in the DIC? 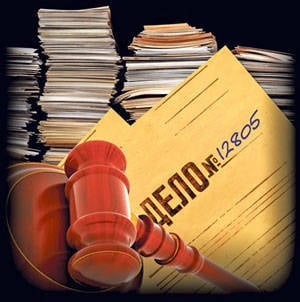 In our opinion, it is impossible to get unambiguous answers and develop adequate system solutions to counter corruption with existing approaches. If we consider the measures taken to combat corruption in the DIC as a certain system, then it is quite obvious that it is not complete. It lacks an important and integral element - the mechanism for measuring the state of the system. This means only one thing - an assessment of the effectiveness of the measures taken and, as a consequence, the timely elaboration of the necessary control actions on the entire anti-corruption system is not provided for. The thought involuntarily arises: either the officials are in captivity of the next illusions, or imitate anti-corruption in the DIC, making impressive reports for their leadership.

Matching expenses and income. It can not have a significant impact on combating corruption in the DIC and the application of the federal law “On the control over the compliance of expenses of persons holding public office and other persons with their incomes”. If even all the norms of this law are implemented, providing for the declaration of income and expenses for top management, and identifying the so-called indicators of corruption, it will still be impossible to control the emergence and existence of corruption mechanisms. Thus, experts note that, for example, the declaration provided for by this law does not work in terms of using illegally acquired funds to replenish bank accounts, pay off debts, and acquire property through nominees.

The indicators of corruption used in this law are not sufficient and require substantial expansion. Problems remain with the effectiveness of collecting and verifying the necessary information. The above excludes the possibility of objectively measuring corruption in the DIC. Under the conditions of the limited capacity of the controlling authorities, this allows corrupt officials to act without fear, even in the context of the increasingly powerful fight against corruption.

Quality management. The higher it is, the lower the level of corruption in the defense industry, and vice versa. Corruption prevents the creation of transparency and management efficiency - in muddy water, the fish is well caught. In the management system, indirect indicators, such as indicators of the corruption risk of the adopted management system, can be used as a measure for assessing corruption instead of direct indicators, for example, the indicators mentioned. These indicators represent deviations of the real model of the activities of the organization of the defense industrial complex from the ideal one, which excludes corruption risks. The level of anti-corruption in this case will be determined as the value of the addition of the indicator of corruption risk to unity. In contrast to the control over the correspondence of incomes and expenses adopted now, this approach could allow assessing the state of corruption not by its results, when corruption actions took place, but at the stage of the emergence and development of conditions for them.

The indicator necessary for this is the level of anti-corruption is defined as the integral value of the indicators established by public information about the activities of the MIC organization. This requires only the provision of mandatory disclosure of information that cannot be closed. Opportunities for managing the organization of the defense industry in our ministries are available. These private indicators can be summarized in several groups characterizing corporate policy, management organization, operations, asset management, procurement and personnel work.

The use of indicators characterizing corporate policy is due to the fact that the latter should reflect the goal-setting function of the organization’s activities and is determined by the interests, motives and goals of its management, including in counteracting corruption. As the indicators characterizing the corporate policy, the values ​​of corruption risks determined by the norms of corporate activity adopted in the organization can be used. In other words, should be installed:

Ctrl Enter
Noticed oshЫbku Highlight text and press. Ctrl + Enter
We are
Way out of chaosMilitary reform as an integral part of the security concept of the Russian Federation: Systematic dynamic assessment
Military Reviewin Yandex News
Military Reviewin Google News
39 comments
Information
Dear reader, to leave comments on the publication, you must to register.