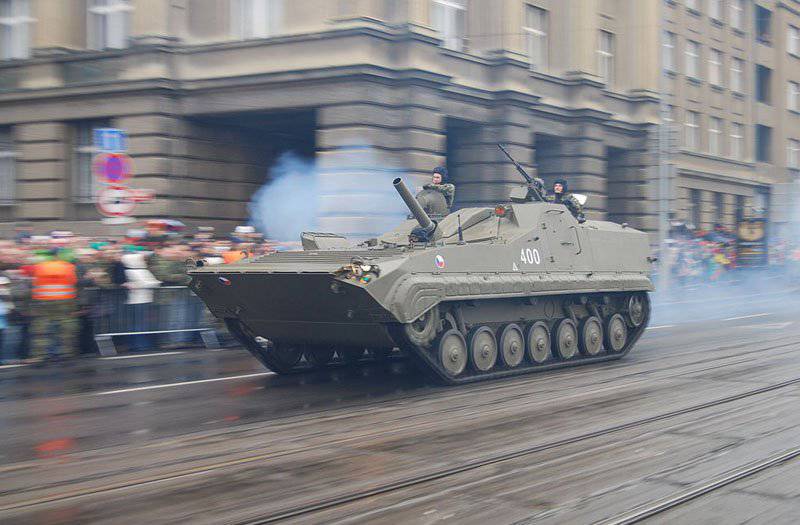 An interesting, but unfortunately low-volume sample created in the homeland of Jan Hus. The ShM vz.85 PRÁM-S self-propelled mortar was developed in Czechoslovakia. The development of the SHM self-propelled mortar began at the national design office in Trencin in 1980, and the first prototypes were built in 1982 and 1985 year. But the first and only batch in 12 pieces was produced only in 1990 year.


The ACS is designed for artillery batteries of mechanized battalions as a replacement for towed 120 mm mortars vz. 82, for increased mobility on the battlefield. However, her fate became a victim of "political games".


Self-propelled gun was built on the basis of ВVP- (BMP-1). but lengthened by one rink. This is due to the placement of not only mortar, but also ammunition on the 80 min. MTO is completely identical with the Soviet BMP-1.

Despite the assertion of some SKEPTKOV about the impossibility of using an automatic loader for the "Soviet" type of mine He still had it.

The loading of the mortar is provided by an automatic loader, which consists of: a lifting part, a charger and a conveyor.
Capacity conveyor 21 shot. 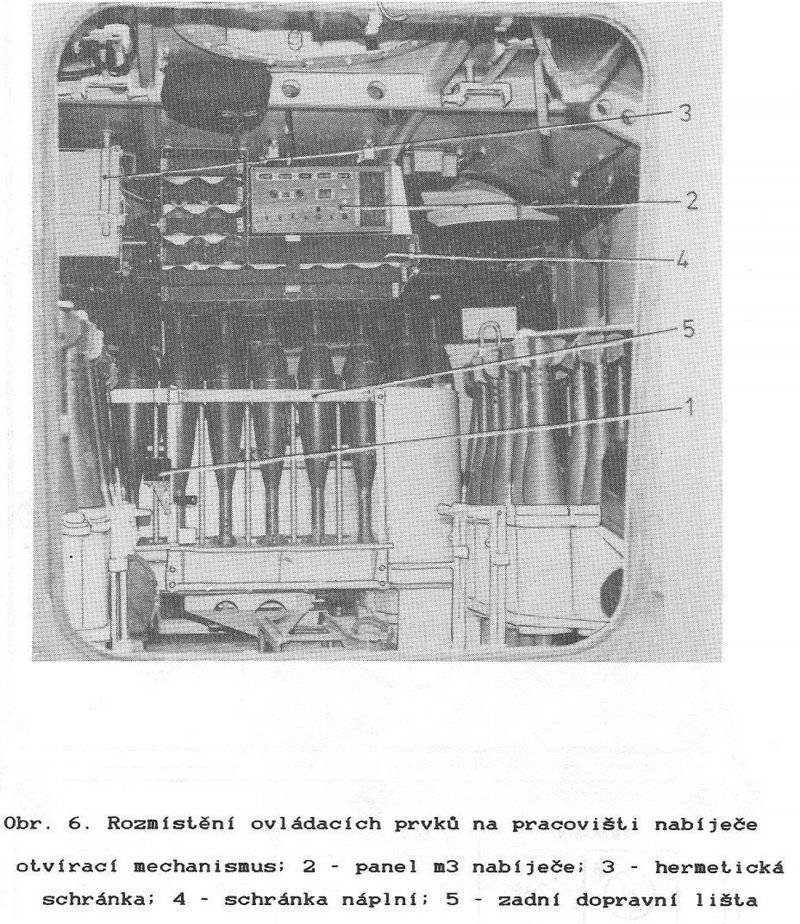 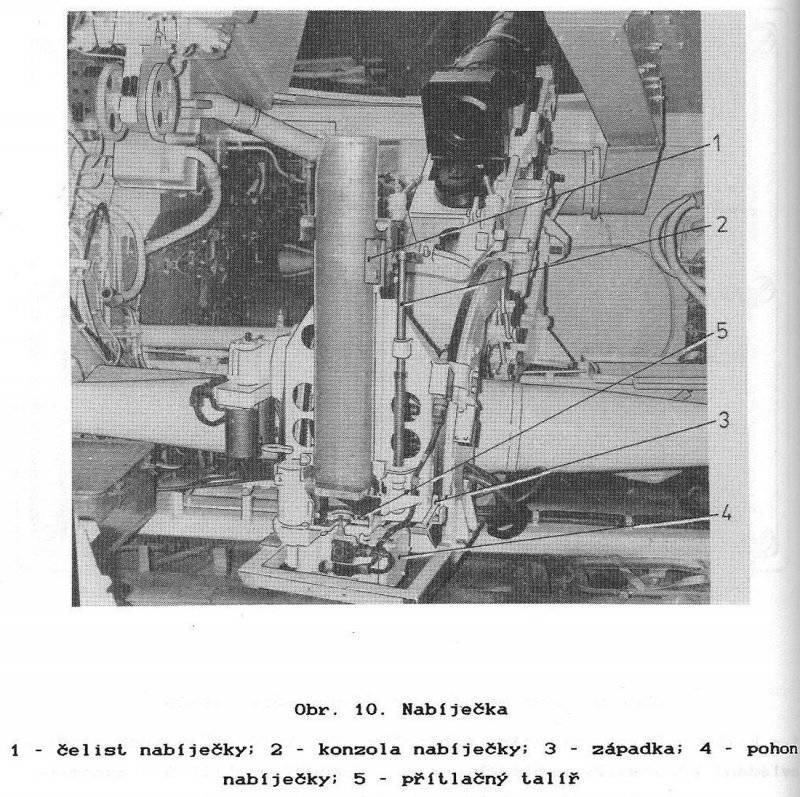 Another 35 shots are stored in trays to the left of the AZ and 24 to the right. Moreover, the replenishment of AZ can be done by the loader not until the store / conveyor is completely “empty”, but directly during the shooting.

The maximum rate of fire that a mortar can lead is 18-20 shots per minute, however, the recommended 40 shots per 5 minutes.
Opening the driver's hatch blocked the mortar firing.
For self-defense, the SAU has a NSVT machine gun (with ammunition for 300 ammunition).
If necessary, over the hatch of the gunner can be mounted ATGM with three missiles (9K111 or 9K113).
The crew also had 4 RPG-75, F-1 grenades and VZ assault rifles. 58.
Self-propelled mortar vz.85 PRAM-S is characterized by high mobility on the battlefield and high rate of fire. First of all, it is designed to eliminate the enemy's manpower, and lightly armored vehicles.

The car turned out very successful and modern. But she was prepared for a sad fate. According to the Treaty on Conventional Armed Forces in Europe, which was signed by 19 on November 1990 in Paris (three months before the termination of the Warsaw Pact), the vehicles hit the reserve and were taken to the storage base as "armored tracked vehicles with a weapon over 100mm", and did not fall into the quotas established for Czechoslovakia. In fact, the ACS did not get to the troops.

After the collapse of Czechoslovakia according to the formula 2: 1, 8 machines went to the Czech Republic, 4 - Slovakia.

In the 1995 year, after 10 years after they were put into service, the Czech and Slovak SAUs still made it to the front-line units, where they are still in use. 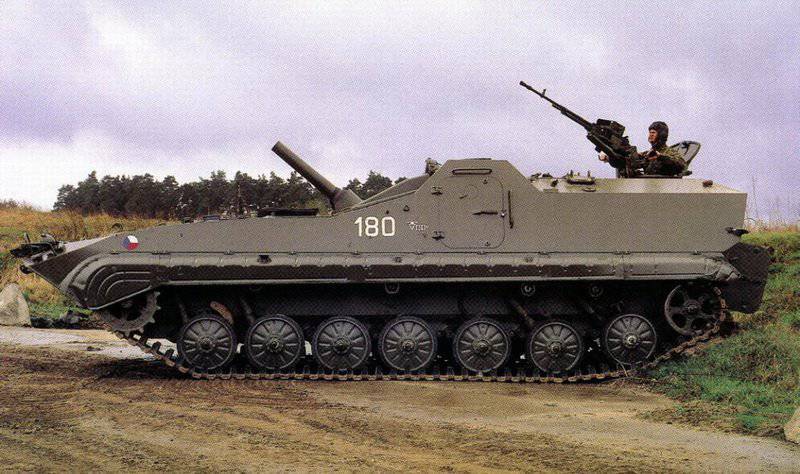 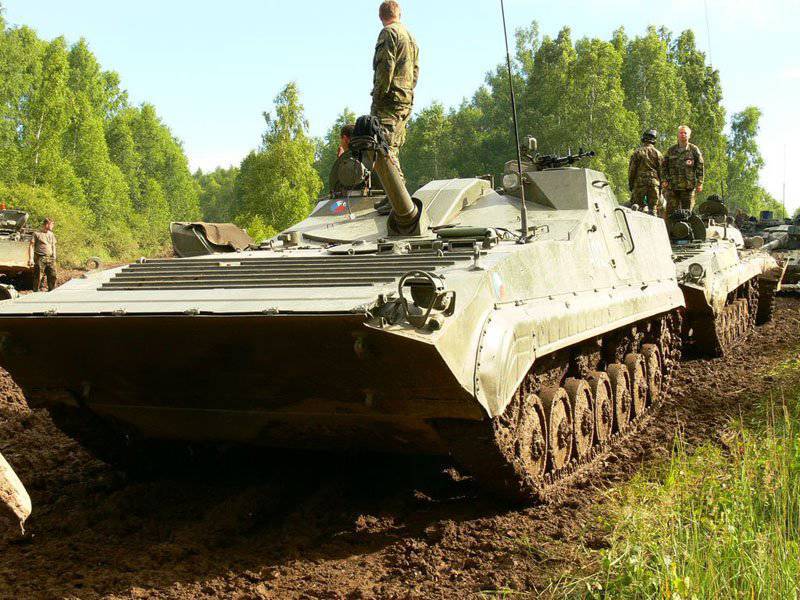 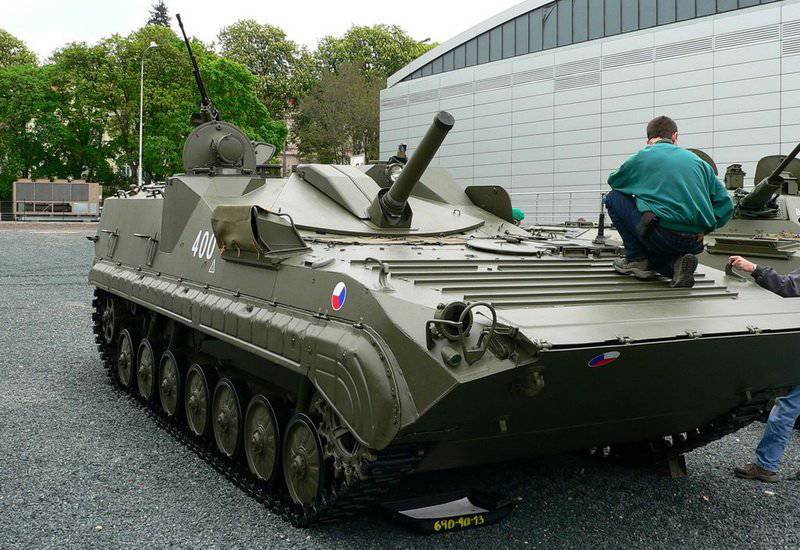 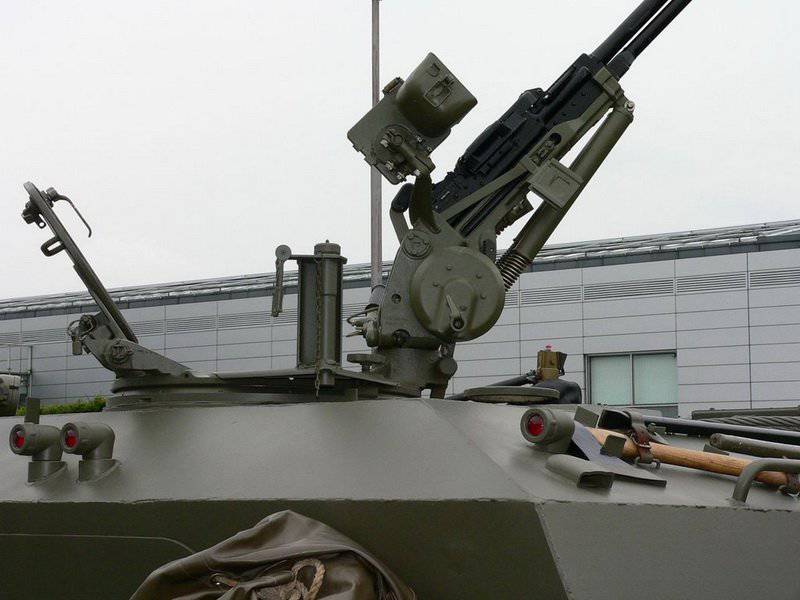 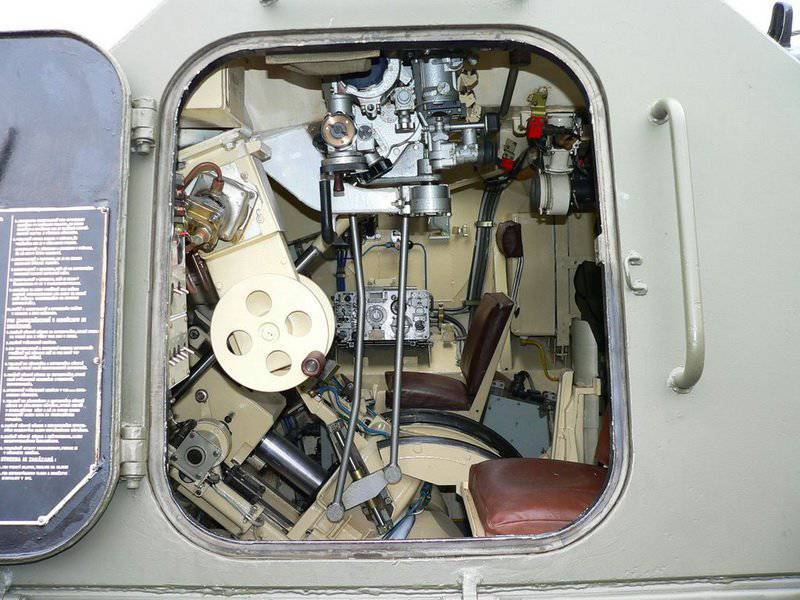 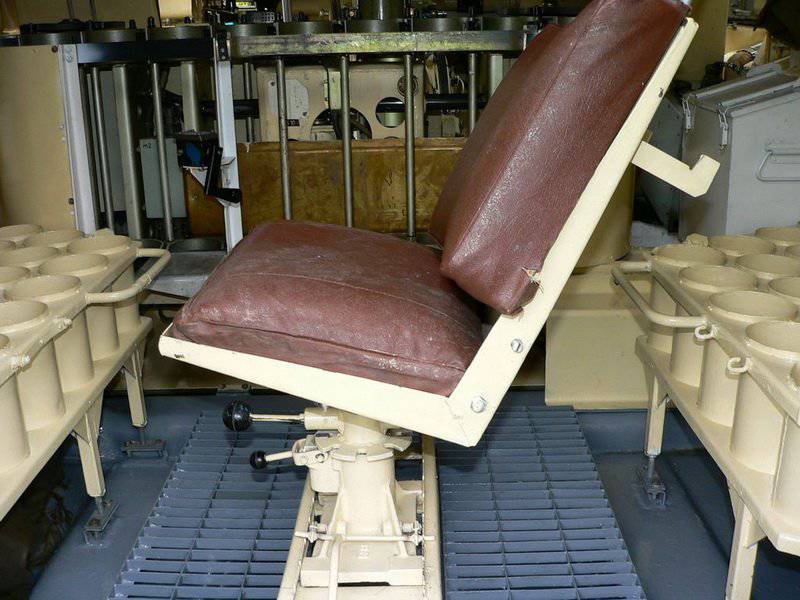 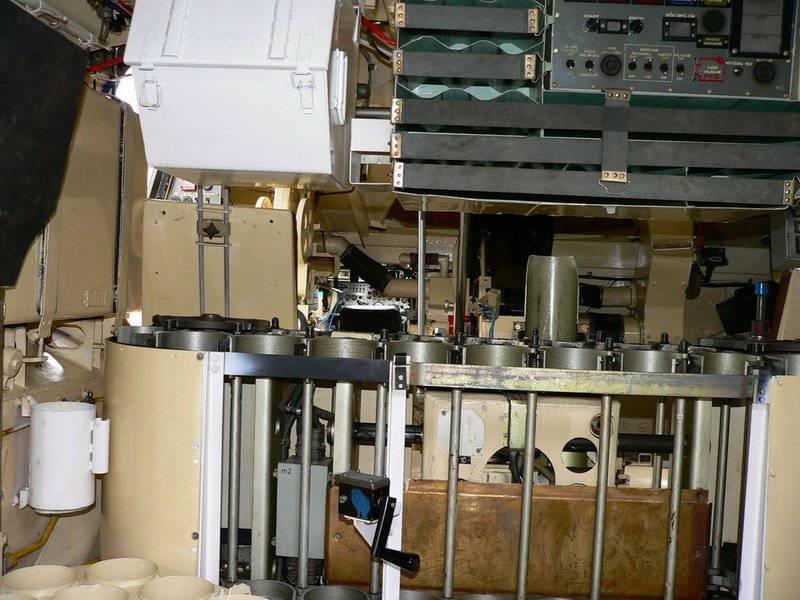 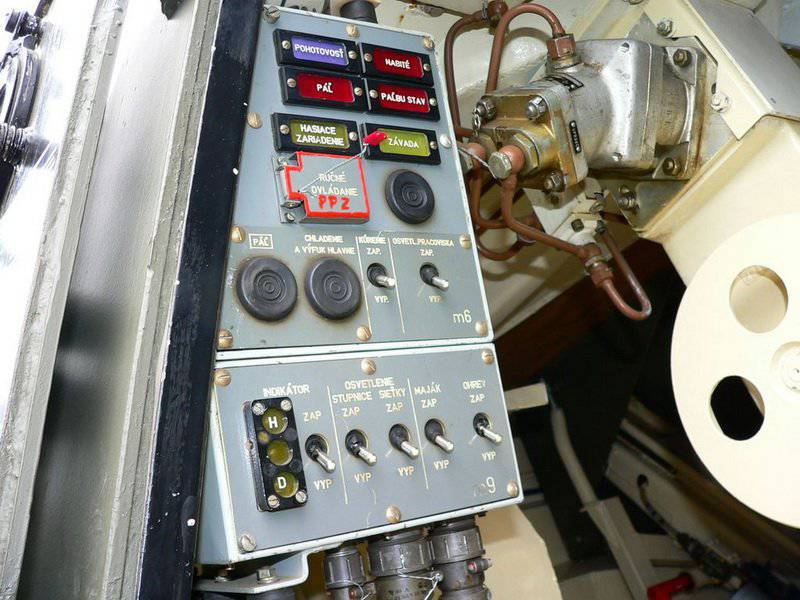 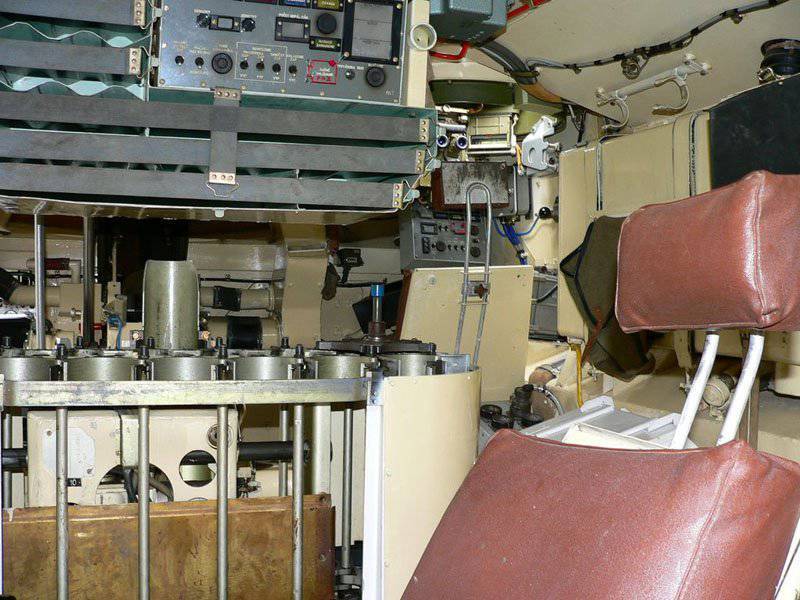 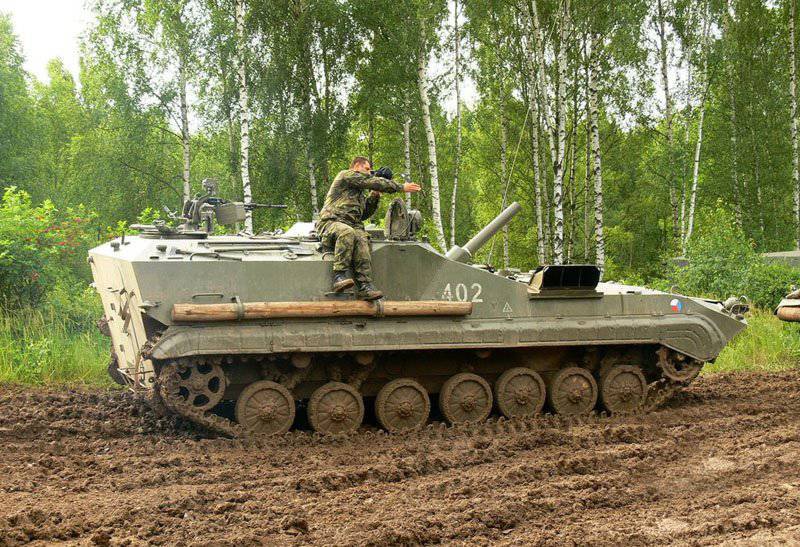 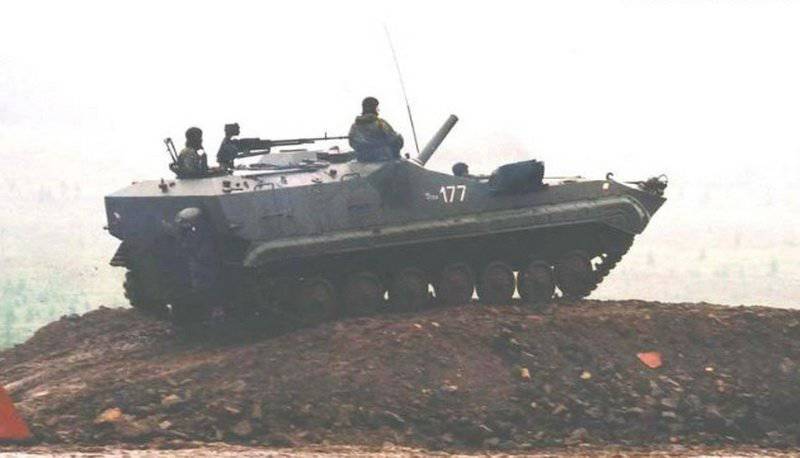 Ctrl Enter
Noticed oshЫbku Highlight text and press. Ctrl + Enter
We are
Armored vehicles of Ukraine: results, potential, prospects ...Is the "old" well forgotten to become the "new"? Part-2. At the call of honor and duty
37 comments
Information
Dear reader, to leave comments on the publication, you must to register.