August 17 2013
19
Today we offer a virtual visit to not the most famous, but truly unique military museum of lend-lease in Moscow.
The museum was created by enthusiasts and occupies one of the halls of the school №1262. At the same time, the hall is literally packed with unique exhibits. 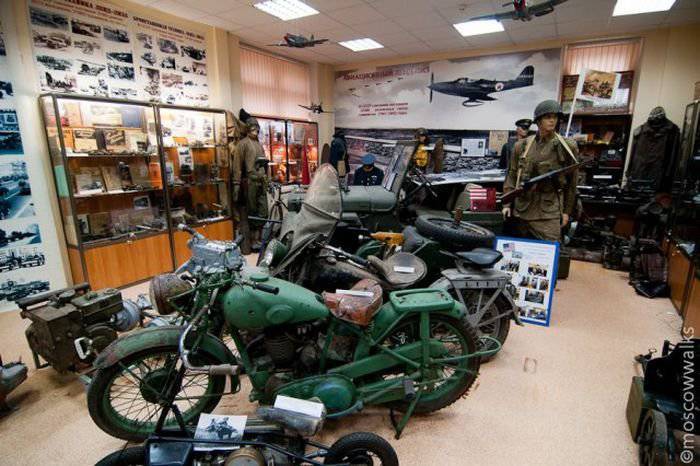 General view of the hall 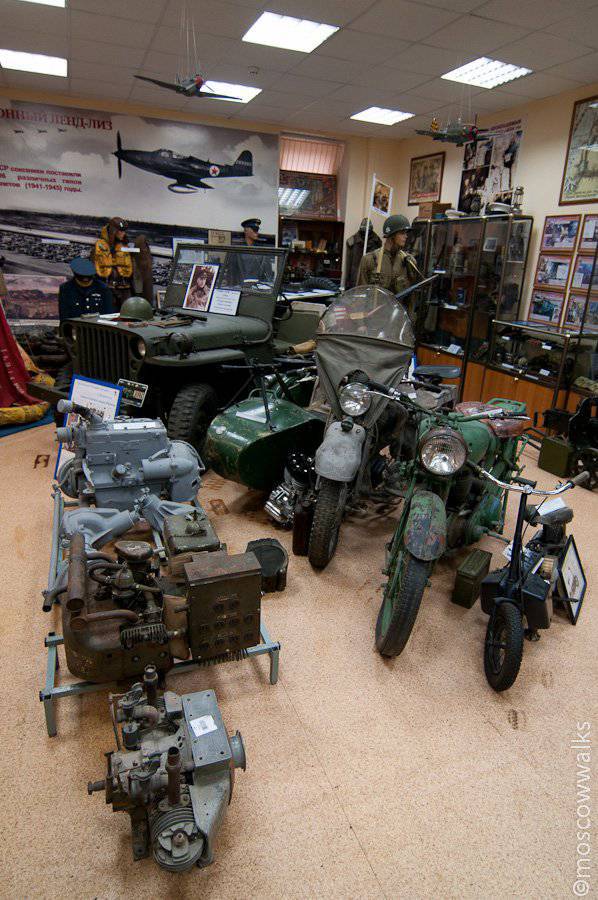 Various things donated by veterans and their descendants to the museum. Soviet and American soldiers exchanged these things during a meeting on the Elbe 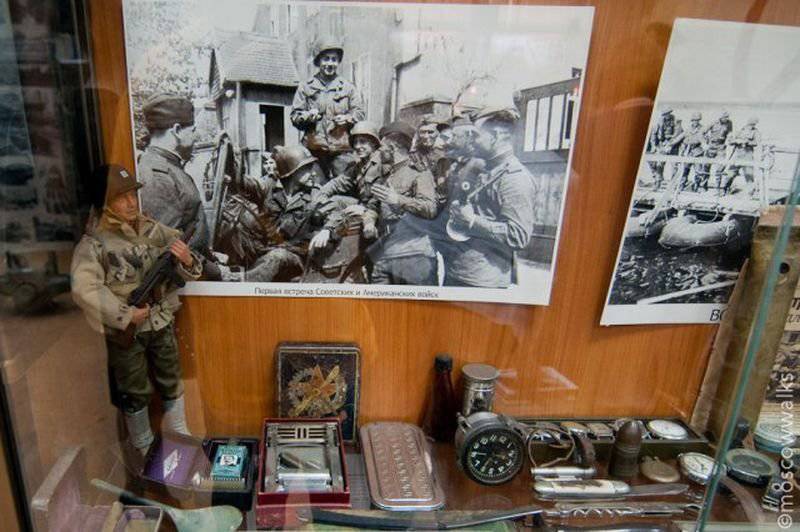 “Military” cigarettes that were included in the diet of American soldiers 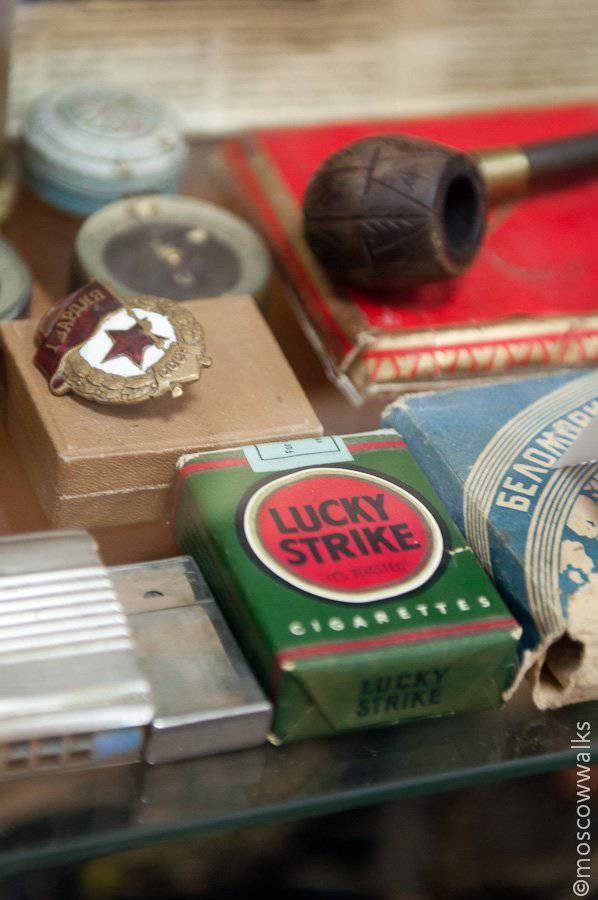 Uniforms that came with military equipment and American machine 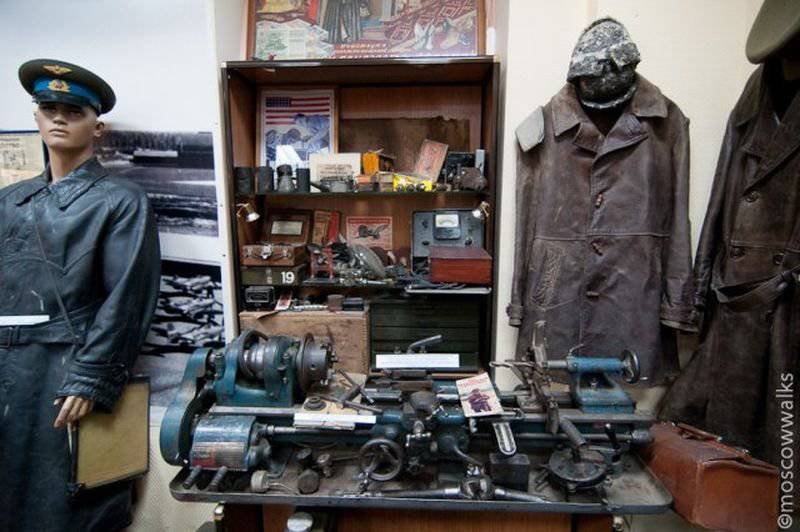 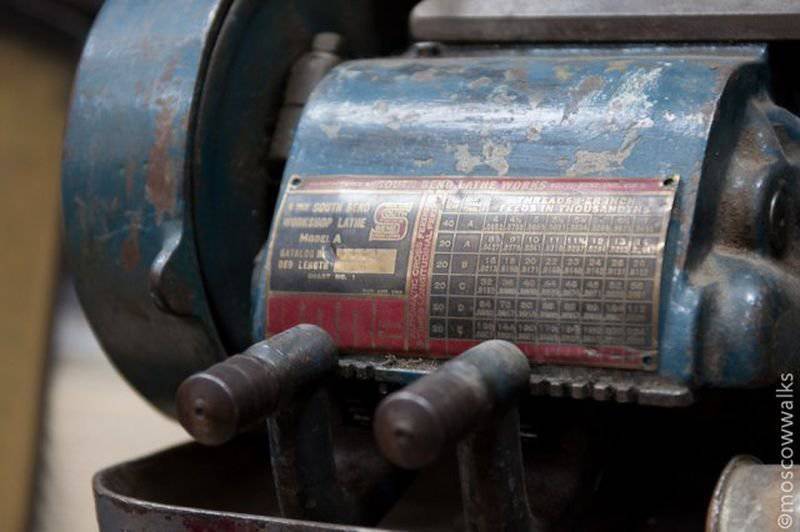 Soldier of Stalingrad with a Thompson machine gun 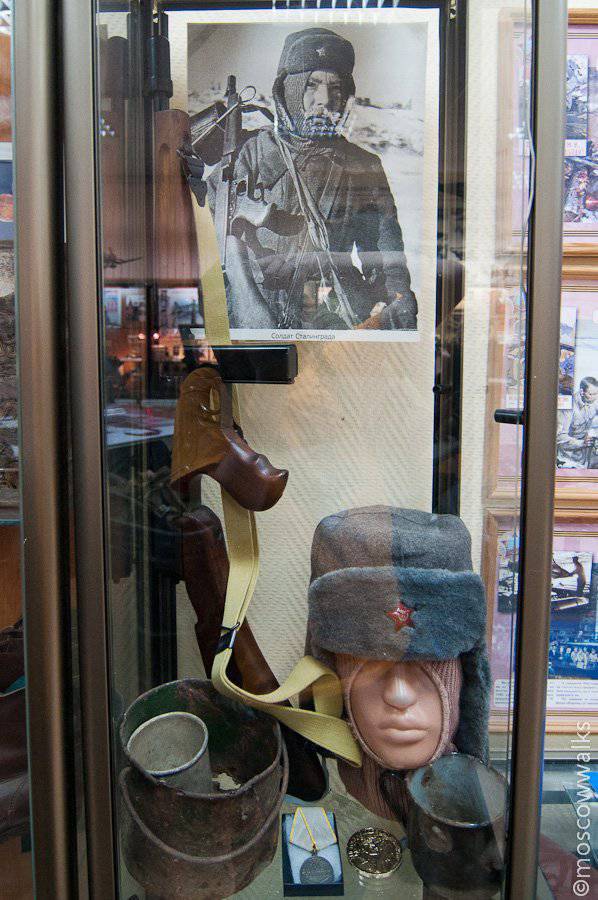 Jeep Willis Marshal Rokossovsky, transferred to the museum by the grandson of the military chief. The car is still on the go 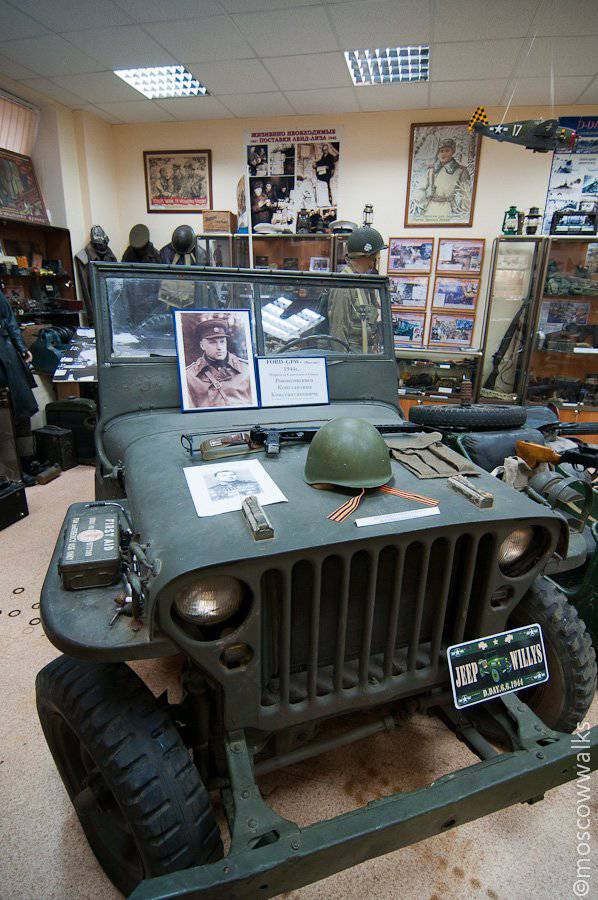 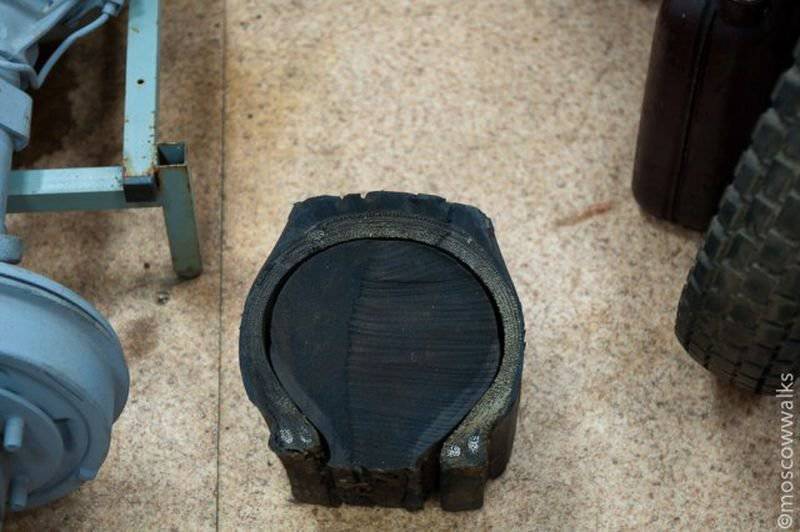 In the cabin of Willys austerely 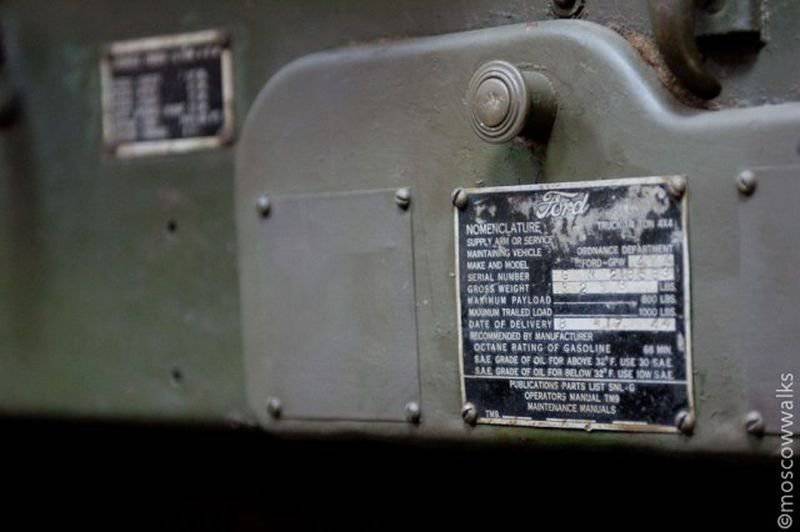 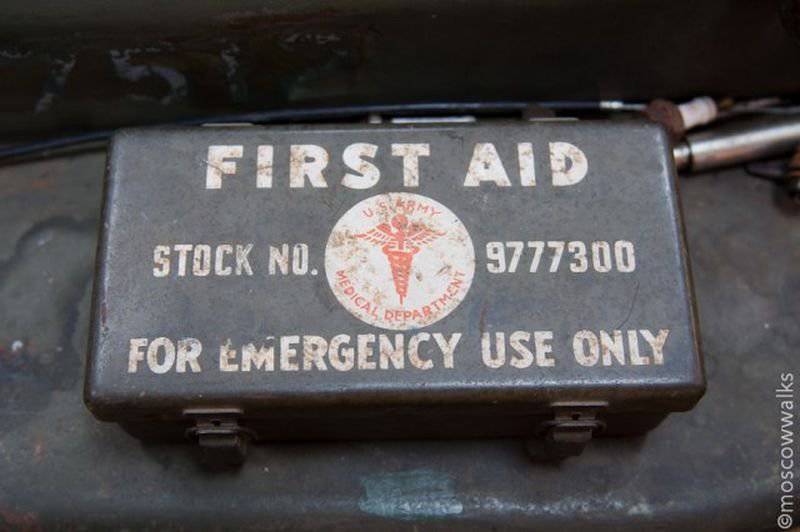 Outfitting of the pilot, which was equipped with American aircraft 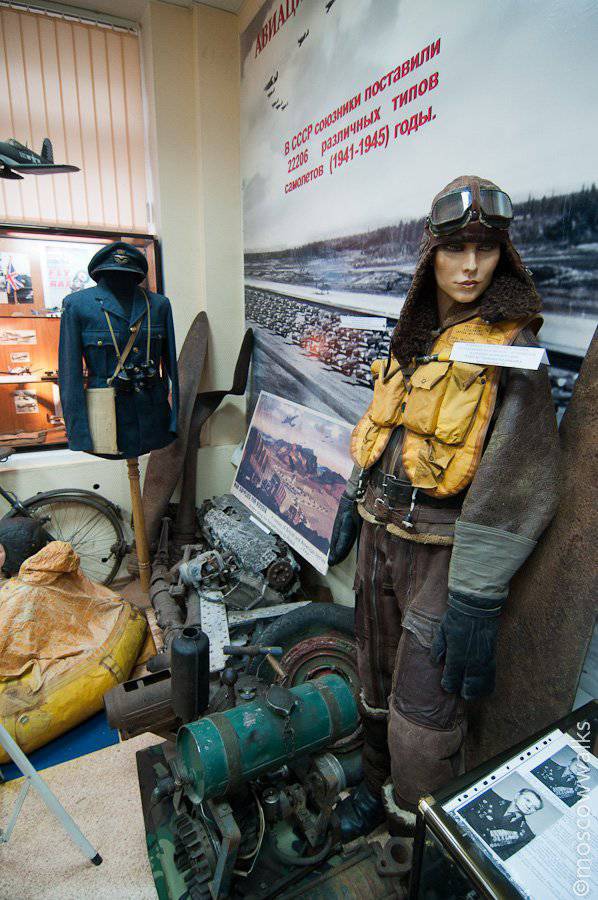 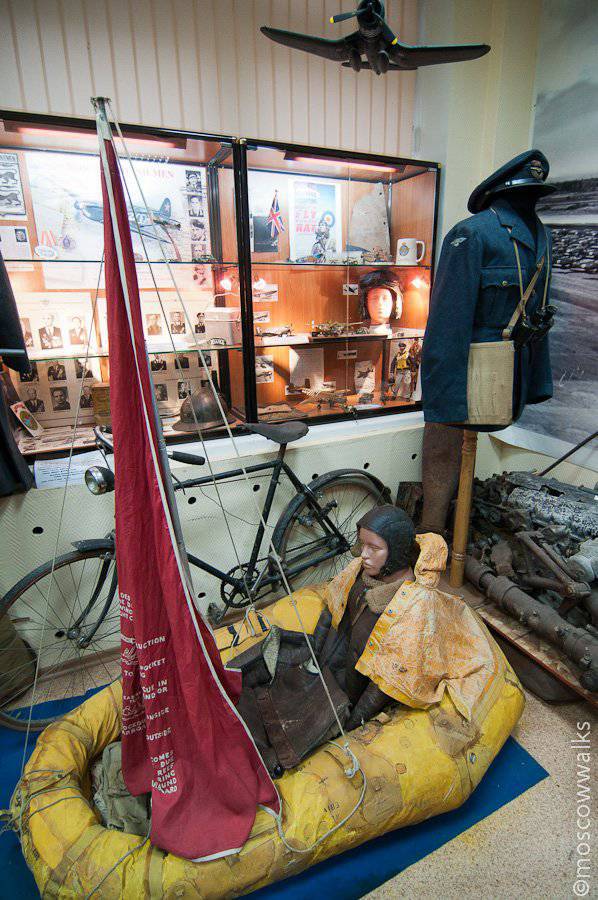 Folding English moped for paratroopers. Paratrooped in a box and assembled on the spot in 3 minutes 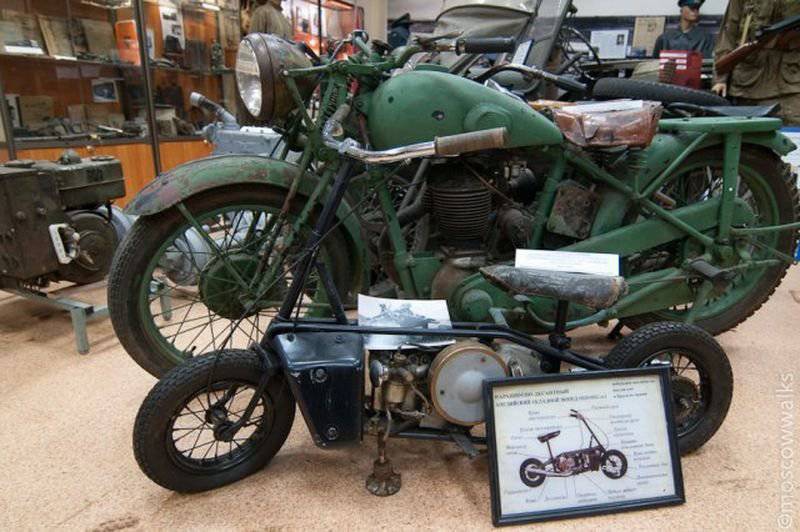 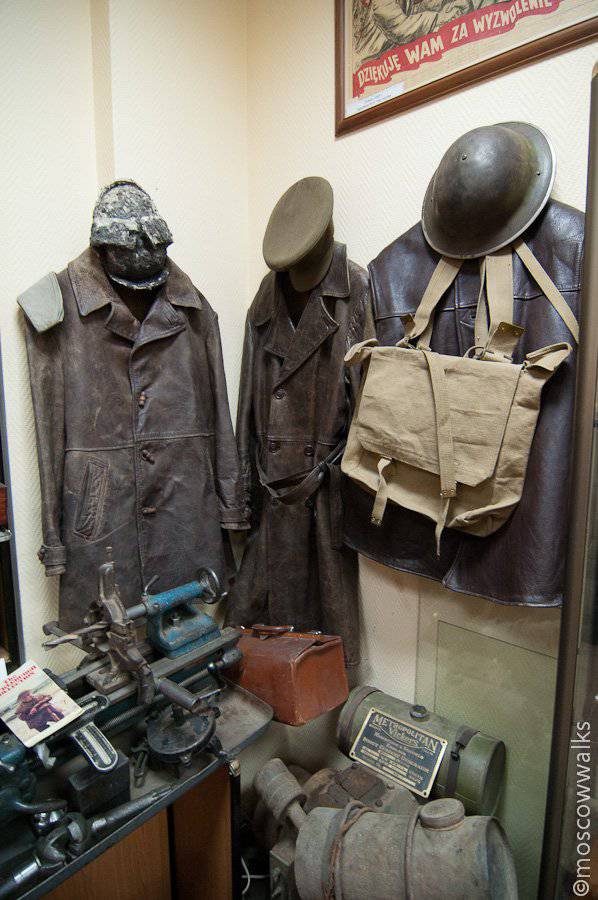 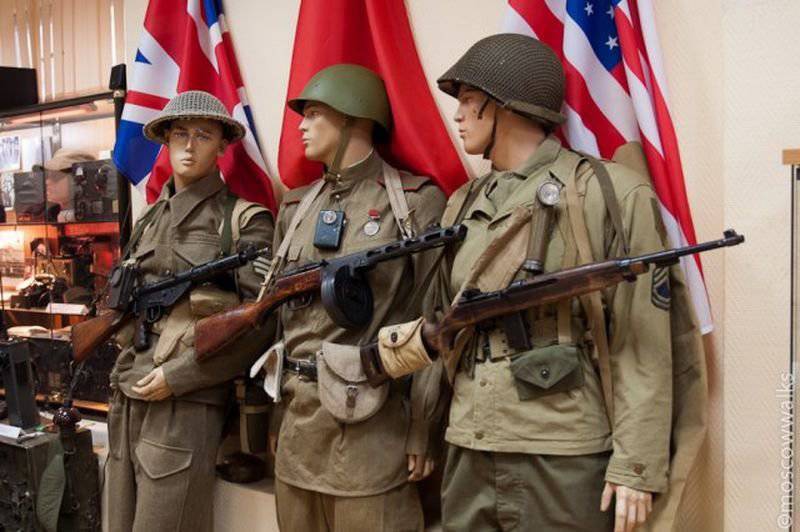 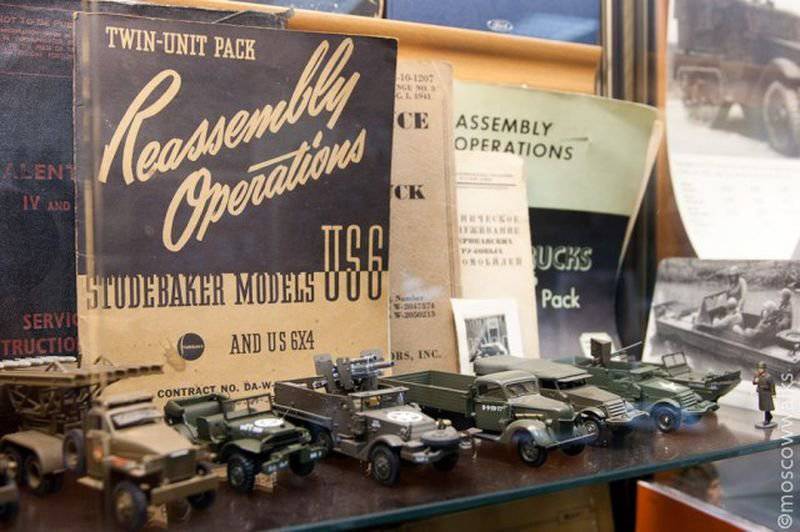 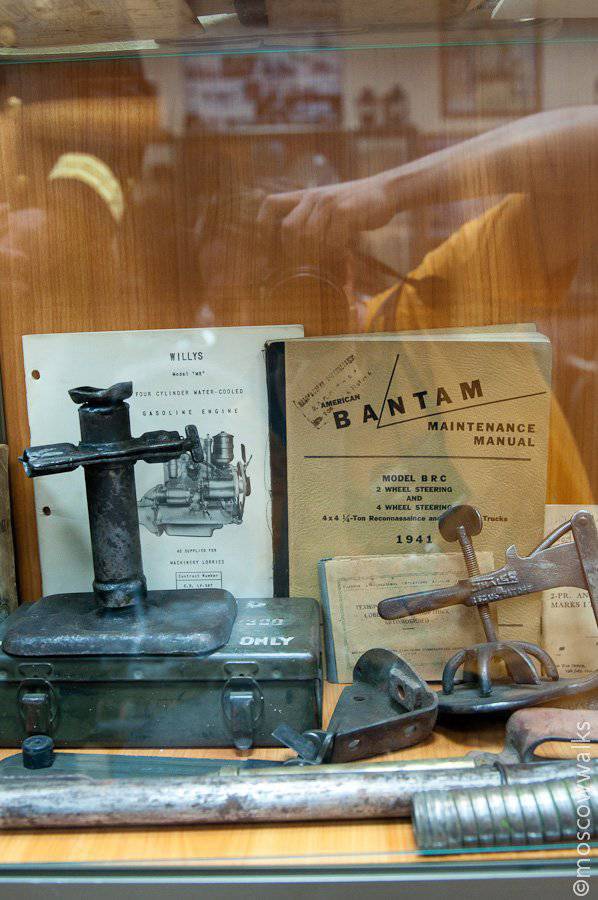 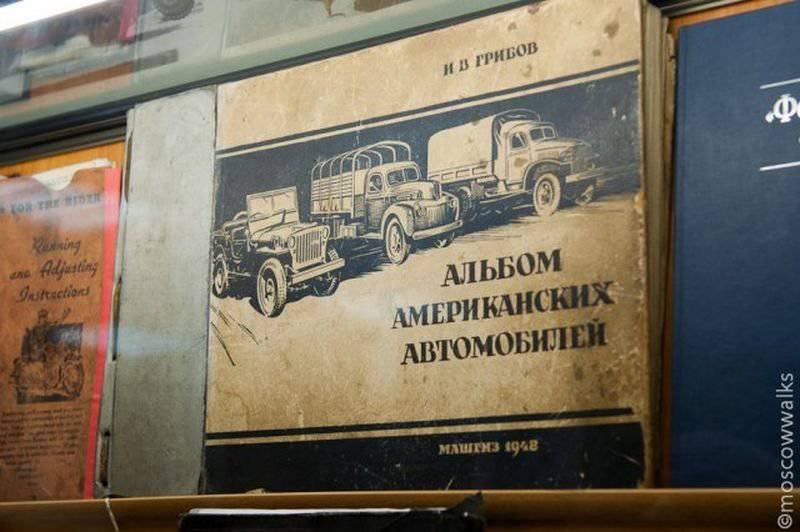 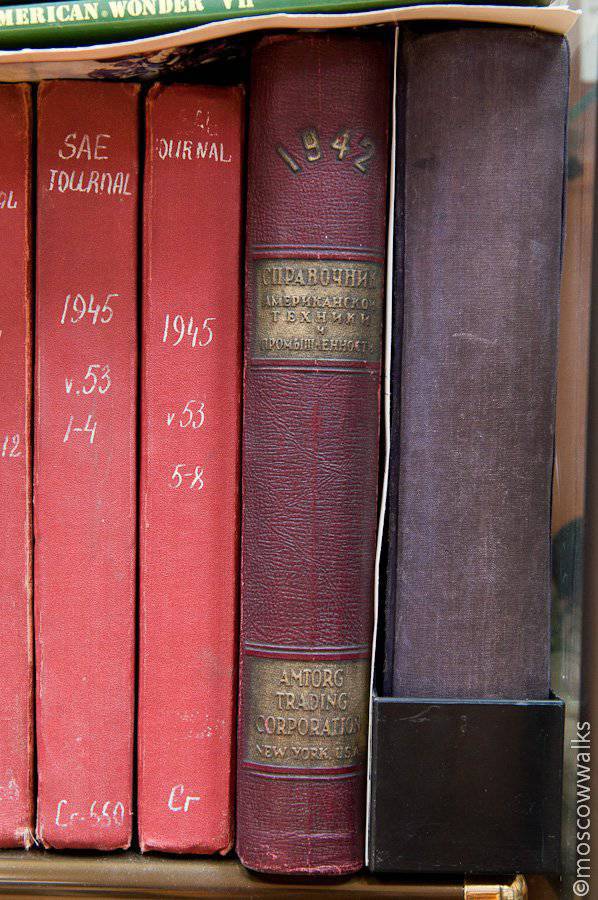 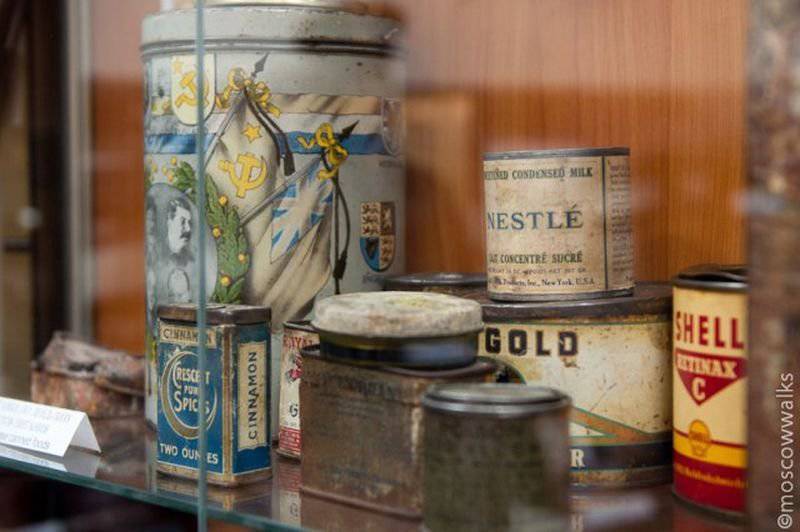 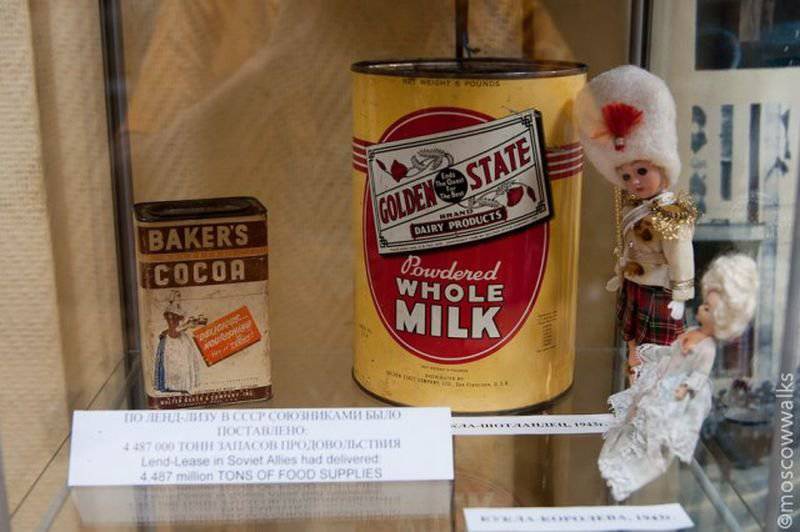 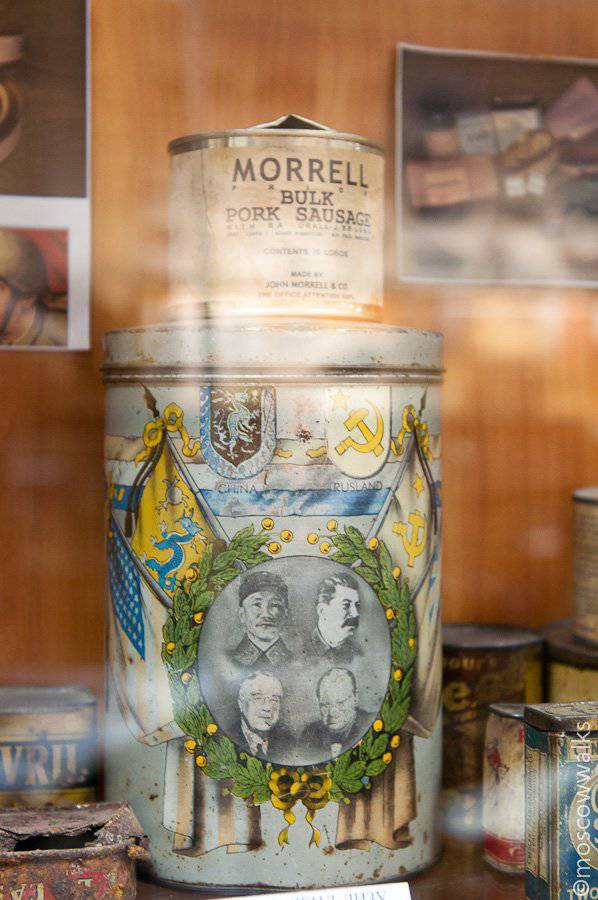 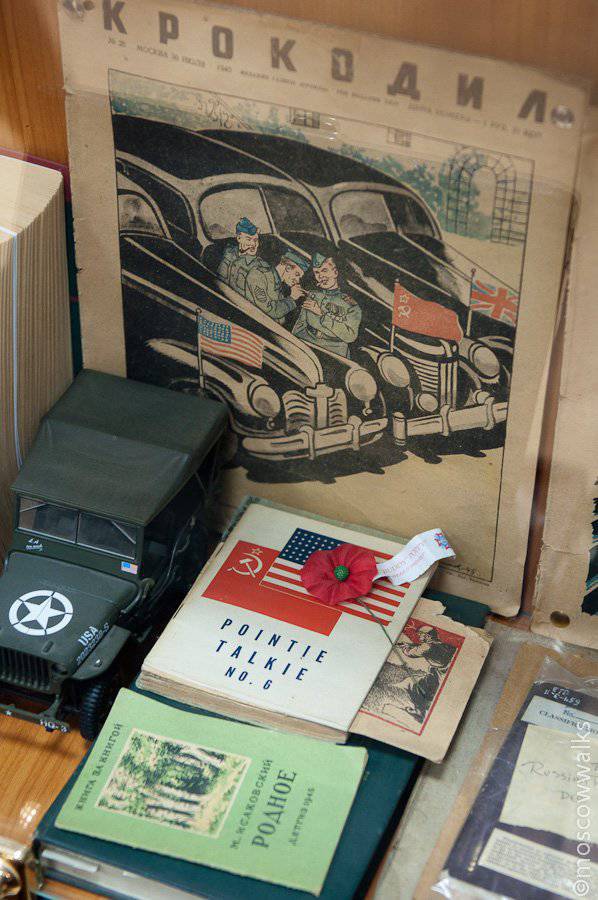 A soldier in the outfit of the 101-th US assault division since the Second World War. The prototype for this dummy was the staff sergeant Joseph Beyrle - the only soldier of World War II, who managed to do some fighting in both the American and Soviet armies. He landed with the Americans in Normandy, but was captured, on the third attempt he escaped and got into the disposition of the Soviet troops, where he managed to make war with the Soviet tank battalion.

The fate of Joseph Beyrle can be read in detail in Wikipedia. Interestingly, his son from 2008 to 2011. was the US ambassador to Russia. 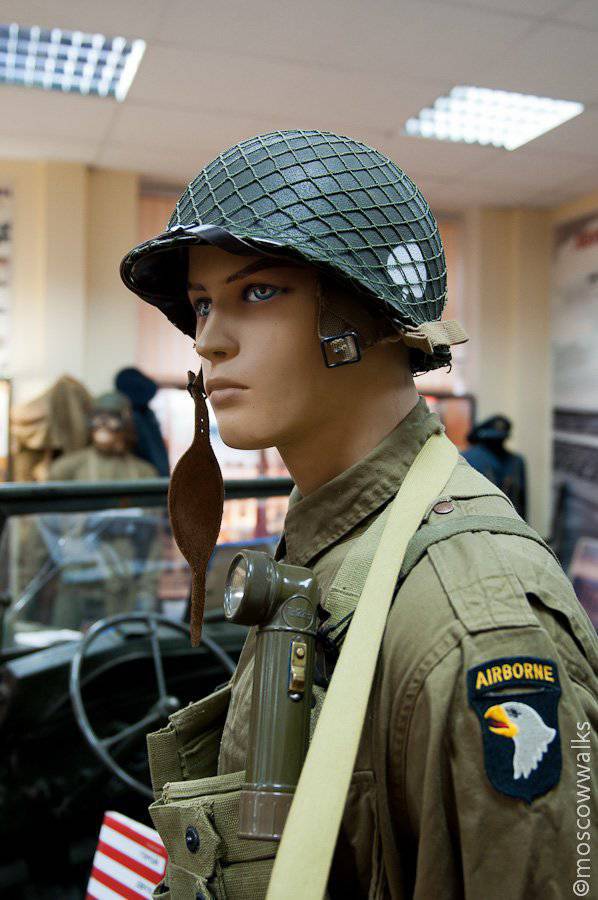