Congo: AIDS as a weapon

August 1 2013
74
In the Democratic Republic of the Congo, where a million HIV-infected people have already been registered, the military “squadrons of speed bearers” have intensified, the purpose of which is violence and infection. Back in January and February 2013, the Doctors Without Borders warned that the situation in the country was catastrophic. Only 44.000 patients have the money to buy their own medicines. The Global Fund to Fight AIDS, Tuberculosis and Malaria has completely canceled funding for new programs due to the economic crisis. Therefore, Doctors Without Borders notes, the planned expansion of HIV treatment programs has been halted. 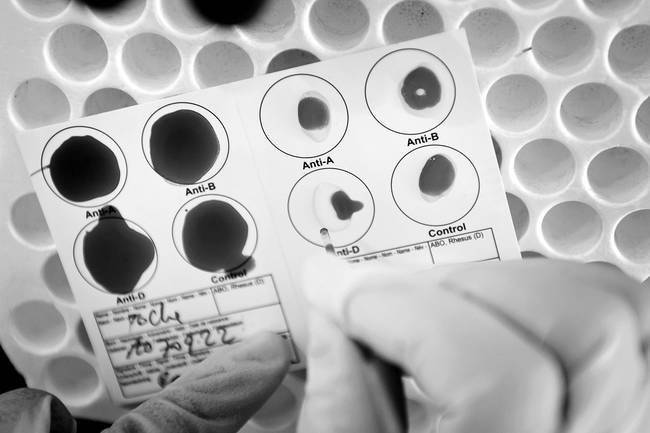 As previously written by the German newspaper Ärzte ZeitungReferring to Reuters, the situation with HIV / AIDS in the Democratic Republic of the Congo, according to experts, is “catastrophic.”

According to Doctors Without Borders, only 15% of people infected with the virus have access to the necessary medicines. “If nothing happens, about 15000 AIDS patients who are on the waiting list for antiretroviral drugs (ARVs) are likely to die in the next three years,” the agency’s source said.

The medical organization describes the conditions in the medical institutions of the Central African country as “terrible”. Many patients experience "unacceptable suffering." The situation reminds doctors of the time when antiretroviral drugs were not yet on the market, according to the competent medical coordinator Anja de Weggeleire.

It turns out that the situation has worsened because less financial resources were allocated to fight the virus for the 2013 year. As Doctors Without Borders points out, the planned expansion of HIV / AIDS treatment in the Democratic Republic of the Congo has been halted due to the total elimination of funding by the Global Fund to Fight AIDS, Tuberculosis and Malaria. The commitments made by industrialized countries are either not being fulfilled or the amounts allocated have been reduced due to the financial crisis.

In the Congo, the newspaper writes, about a million people are infected with HIV. Of these, 350000 could control the virus with drugs, but only 44000 patients have the cash. A similar serious situation is noted in Sudan and Somalia.

In addition to extremely low medical coverage, the following fact is noted. From the point of view of prevention of mother-to-child transmission of the virus, the situation is critical: only one percent of HIV-infected pregnant women probably think of an appropriate prevention program.

Despite the alarming figures, the Democratic Republic of the Congo does not have priority among funders. Moreover, recently, the Global Fund to Fight AIDS, Tuberculosis and Malaria - the main supplier of ARV drugs in DRC - has been forced to reduce its financial obligations, since the states that finance it have not kept their promises.

Anja de Weggeleire warns that the vast majority of people living in DR Congo with HIV / AIDS are not aware of their infection. Many will die quietly, and no one will ever know about it, she says.

“Doctors without Borders” has been operating in the DRC for more than 30 years, including the treatment of HIV / AIDS from the 1996 year.

In the meantime, the so-called "speed bearer squadrons" operate in the Congo.

Igor Yazon ("Voice of Russia") reported on the actions in the east of the Congo "squadrons" of HIV-infected militants, raping women and children to infect them with the AIDS virus.

Provinces of North and South Kivu in the DRC - zone of armed conflict. According to some reports, there are at least 30 groupings. The militants from the so-called “squadrons of carriers of AIDS”, deliberately infecting women from hostile communities, are particularly sophisticated. The Minister for Foreign Affairs and the French Francophony of France, Yamina Benguigi, who visited Burundi, Rwanda and the DRC, spoke about these crimes. According to her, several generations of women in the east of the Congo have just become so infected with HIV.

According to the expert, in 2000, he prepared a television film in France that recalled Mbarar, a city in Uganda, where European and African mercenaries, along with Congolese criminals, decided to create "AIDS squadrons". But the film was not shown.

Information about the atrocities gave the expert Burundian journalist, and then confirmed by a journalist from Rwanda.

It turns out that the Burundian and Rwandan soldiers with AIDS have been involved in hostilities in the east of the Congo in order to infect the local population with the HIV virus. Lilo Miango believes that "all this is reminiscent of Hitler's policies in Nazi Germany, aimed at the destruction of children of different nationalities for the sake of preserving the purity of the Aryan race ..."

“... President of the DRC, Joseph Kabila, whose army is waging war in the Kivus provinces against extremist groups, including the March 23 Movement, supported by Rwanda, is bound by relevant secret agreements with the presidents of Uganda and Rwanda, Yoweri Kaguta Museveni and Paul Kagame. Apparently, therefore, Joseph Kabila never even mentioned these rapes. In particular, about Tutsi extremists, and Tutsis live there, but most of them fled from this region of the Congo. ”

The expert says that Tutsi extremists supported by Rwanda want to create their own state. Kabila "pressed to the wall" agreements signed in Mbarara. European and American mass media also silence this history.

At present, let us add, when the Global Fund to Fight AIDS, Tuberculosis and Malaria turns off its activities in Africa due to the financial crisis, the actions of the "speed bearers" in the DRC threaten to turn into a horrible biological war.