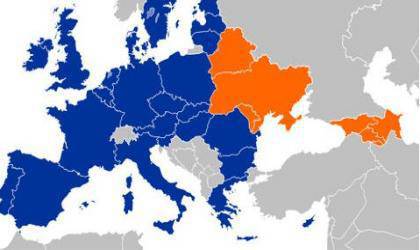 Recently, official Warsaw and Stockholm, seeking to act informally, have taken a number of steps to consolidate success in the East in order to acquire new trump cards for the forthcoming Eastern Partnership summit in Vilnius in November 2013, dedicated to the development of a common European policy in the East. According to the EU representative for foreign policy and security policy Catherine Ashton, this summit will be “a serious reason to talk about the deepening of relations” between the EU and the Eastern Partnership countries. This is supported by the fact that it is planned to be visited by the heads of all countries of the European Union.


The Eastern Partnership, initiated by Washington and Brussels, appeared at the behest of Warsaw and Stockholm soon after the collapse of the Georgian aggression in Ossetia. In fact, it became a kind of continuation of GUAM, which in August 2008 demonstrated its military and political inconsistency. The participation of Belarus and Armenia (not included in GUAM) is an attempt at a kind of “revenge” for Georgia’s military-political defeat. You can talk about the Eastern Partnership as one of the tools of energy colonialism, turning Russia into a raw materials appendage of the West, “crowding out” to the northeast of the Eurasian continent and creating a “sanitary” Black Sea-Baltic energy collector along its borders. Not without reason, “many in Russia believe that the Eastern Partnership is a kind of tracing paper from the concept of Adolf Hitler on“ expanding living space ”to the East.”

The main “operators” of the project in the north are Sweden, in the west are Poland, in the south are Nato Turkey. For Poland, with its "neo-harmonism" and the sympathies of Catholics, Ukraine, Belarus and Moldova are entrenched. Behind Turkey with its “neo-Uranism” - Azerbaijan, Georgia, Armenia (partly the Central Asian republics - unofficially, through personal business interests in Ankara of the ruling persons there, as is the case, for example, with Kirghizia). The Scandinavians, with the support of international structures such as the Soros Foundation, are deeply interested in Karelia, the Kola Isthmus, the islands of the Gulf of Finland, their mineral and forest resources, as well as countering Russia's plans in the Arctic.

Northern. The curator is Sweden, operating through Finland, conveniently located near the "northern capital" of St. Petersburg. Work is carried out using the following tools:

a) Finnish-speaking citizens of Finland who are closely connected with the political elite of Finland - officials openly expressing anti-Russian, revanchist views, such as Mikael Storsjo, patron of the Kavkaz Center terrorist website and the chairman of the board of the Pro-Caucasus association, convicted of the illegal transfer of dozens of terrorists, including Basayev’s relatives;

b) media structures, like the Kavkaz-Center website located in Sweden (it operated here before the transfer to Finland in 2004 and the site itself, officially recognized by the UN as a terrorist resource) and anti-Russian Finnish media activists (Kerkko Paananen, Ville Ropponen, Esa Makinen, Jukka Malonen, and others) supporting the “white-faced opposition” of Russia;

From the northern direction, which directly borders with Russia through Finland (from where “export of the revolution” and money for it from American and European bankers followed the similar tracing) from the American and European bankers, goes to 1917, funding is available and there is an attempt to unite all anti-Russian forces in Europe and Russia itself - from Chechen terrorists who organized the “Turkish transit” to the motley “belolentochnoy” opposition (supporters of Nemtsov, Navalny, Limonov, Kasparov, etc.).

West. Poland, which has no direct border with Russia (with the exception of the Kaliningrad enclave), operates along the perimeter of a broad geopolitical "arc." From Kaliningrad in the north (already called Warsaw diplomats "Krulevetz" - on the official website of the Consulate General of Poland) through Belarus and Ukraine, considered potentially "their" territories in the east, to the Crimea in the south.

In the Ukrainian-Moldavian direction, the ambitions of Warsaw, which has embarked on the creation of the fourth Commonwealth and having its own vision of the future lands of the right-bank Ukraine, largely coincide with the Romanian and Hungarian ones. Catholic Poland actually coordinates its policy with the same-faith Hungary, since their point of view on a number of positions coincides and complements each other, allowing them to develop a joint strategy. In the Belarusian direction, something similar (with a number of reservations) takes place with Latvians and Lithuania, including support through the Scandinavia of the pro-Western opposition in Minsk, which is understood by the “belolentochnikov” and officials sympathetic to them in Russia.

In the first half of 2013, the European Council on Foreign Relations (ECFR), which is the “European Union of Thought Industry”, conducting foreign policy and security analysis, noted Poland in five areas of foreign policy. Poland is recognized as the leader in the implementation of joint projects within NATO and the Joint Security Policy and awarded praise for a visa policy for Russia, Ukraine and Moldova, and its foreign policy for the “most democratization activity” of Belarus. Radoslaw Sikorski, Polish Foreign Minister, after discussing the implementation of the Eastern Partnership programs at a meeting of EU foreign ministers in Brussels, reported (18.02.2013) that his country's eastern policy was accompanied by numerous successes, saying: “Pay attention to the fact that with our Eastern partners we are talking about association agreements, not about war. Today, “Vostok” is a place where Europe conducts a successful policy. It only remains to consolidate these successes in the form of bilateral treaties. ”

South. In the south, Warsaw operates in unison with Ankara, since the sympathies of the Tatar population of Crimea to NATO Turkey contribute to the mutual understanding of local Turks with NATO Poland. In 2013, a number of events took place in Warsaw, for example, a press conference on the protection of the rights of the Crimean Tatars, in which, along with the chairman of the Union of Polish Tatars Selim Hazbievich, the head of the foreign relations department of the Crimean Tatar Mejlis, Ali Khamzin, and others, influential Polish politicians like Lech Walesa and former Interior Minister Yadvigi Khmelovskaya. Earlier, a visa point and the Consulate General of the Republic of Poland were opened in Simferopol, demonstrating today a noticeable activity in the social and cultural life of the autonomy and Sevastopol, especially in terms of cooperation with the Crimean Tatar Majlis and discrediting the Russian movement. At the same time, Poland became the second state after Russia, whose consulate in Crimea received the status of general.

From Turkey, through Finland and its citizens with Swedish roots, the transit of extremists has been established, inflaming the flames of separatist jihad in Russia's “southern underbelly” (including terrorists of the so-called Chechen suicide battalion Shamil Basayev’s Riyadus-Salikhin). Scandinavians coordinate with the Turks in the media sphere. For example, Islam Maciyev, the web administrator of the Kavkaz Center terrorists website, arrived in Turkey from Finland. On the Turkish side, the Basayev organization’s ITT Foundation (IHH) is operating, raising funds in Turkey, Dubai, the United States, Britain and France to finance the international terrorist network Imarat Kavkaz, whose mouthpiece is Kavkaz Center (official representative in Turkey Musa Itaev, in Finland, Islam Makhauri, the brother of Rustam Makhauri, the “Minister of Defense of the Emirate of the Caucasus”, the personal bodyguard of Doku Umarov and the representative of the terrorist Ali Taziyev (“Magas”)

The level of the event held in Washington at the end of June 2013 in the building of one of the oldest and most authoritative US think tanks of the Heritage Foundation dedicated to the future of the Eurasian Union and “protecting vital interests in this area of ​​the United States and its allies” with the participation of diplomats, scientists, analysts shows - Western strategists no longer hide the fact that they fear and closely monitor what is happening in the post-Soviet space. And they do it not with folded arms, but actively forming their own tools to counter the rebirth and integration of the Eurasian space.

Ctrl Enter
Noticed oshЫbku Highlight text and press. Ctrl + Enter
We are
Nikolay Silaev, Andrei Sushentsov: Georgia after the elections and prospects for Russian-Georgian relationsAstana should become the capital of the Eurasian Union: Nazarbayev’s reply to Putin
Military Reviewin Yandex News
Military Reviewin Google News
33 comments
Information
Dear reader, to leave comments on the publication, you must to register.