How from T-90 did "cheap stuff", or About filing facts

July 30 2013
455
At the end of last week, another controversial article was circulated in the Russian-language segment of the Internet, “exposing” the alleged problems of Russian tanks. A material with a loud and even scandalous headline “Experts called the Russian T-90S tank“ cheap ”described the current situation on the global arms market and made conclusions about the reasons for its particular features. For a person who does not understand much about this topic, the arguments presented may seem correct, which will entail a corresponding reaction. However, upon careful consideration, the facts mentioned in the article in most cases are not interpreted correctly, but in such a way as to put domestic equipment in the required light. 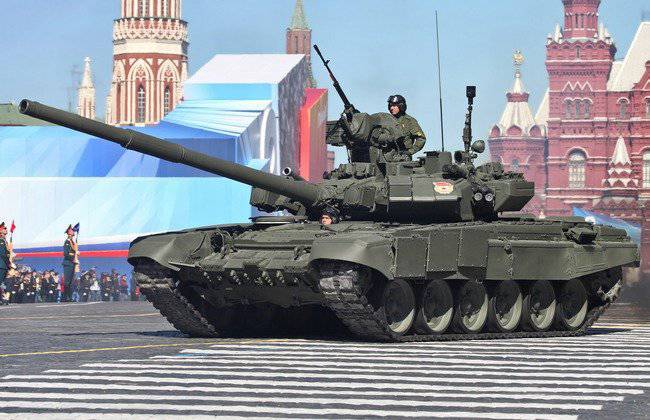 First, it is worth briefly retell the theses announced in the article under review, “Experts called the Russian T-90С tank" cheap. " At the very beginning of the material, the authors, referring to some unnamed experts, declare the main tank T-90C “cheap”, but immediately define this term. The reason for the use of such a word is called the lowest cost among the rest of the equipment of this class on the market. So, with an average cost of MBT about 4,5 million US dollars, one Russian T-90С will cost the customer no more than three million. For comparison, the prices of other tanks, to some extent similar to the Russian ones. The Polish PT-91 Twardy costs about 7 million dollars, and the Ukrainian Oplot-M costs about half a million less.

As the main reason for the relative cheapness of the Russian armored vehicles, the authors of the publication cited the use of technologies already developed by Uralvagonzavod in the production of T-72 family tanks, which became the basis for the T-90. Due to this, over the past 12 years, the plant operating in Nizhny Tagil was able to export more than a thousand tanks of this type. Thus, the T-90 has become the most successful tank in recent years in the international market. Sold tanks serve in the armies of India (the largest buyer), Algeria, Turkmenistan, Uganda and other developing countries or third world countries.

Finally, the authors of the publication drew attention to the combat capabilities of the armored vehicle. It is noted that the T-90 is the main threat to the armored forces of NATO, because of which the Alliance countries were forced to develop appropriate anti-tank weapons. As an example of readiness to repel an attack of Russian tanks, the material contains certain “third-generation missiles” that the Blind complex of optical-electronic suppression can no longer fight. It is also alleged that the capabilities of the Arena active defense system do not allow the tank to be protected from sub-caliber projectiles and attack cores of cumulative ammunition. The last claim to protect the T-90 concerns the lack of serious protection against attacks from the upper hemisphere, which, it is claimed, makes the Russian tank unsuitable for use in wartime conditions. 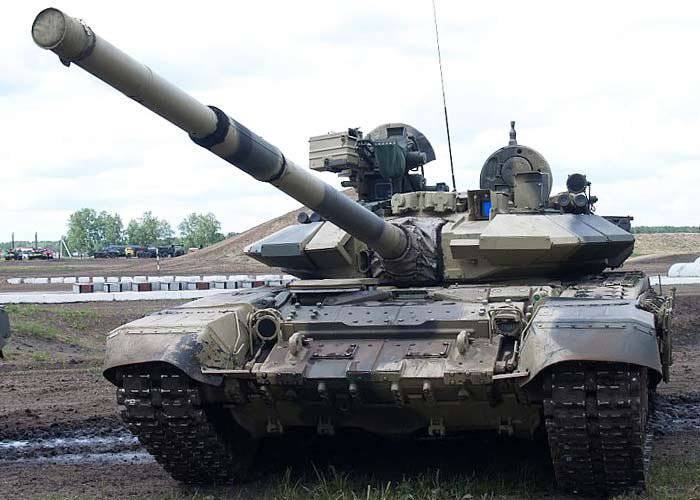 It is not difficult to suspect an article in a tendentious presentation of facts in order to form the necessary attitude to the T-90 tank in the reader. Even in the part of the material where the successes of Russian tanks on the international market are superficially examined, a specific attitude to these combat vehicles is felt. The mere fact of such a submission of information is the reason for the appropriate attitude to the article.

A quick search on the Internet allows you to find the source of the publication - the Military Informer website. The author of the article is not listed, but there are two links to sources of information. The information disclosed in the material was taken from news Portal "Lenta.ru" and reprints notes from the agency Newsru.com. These publications appeared in the fall of 2012 and 2010, respectively. Thus, it is possible to draw conclusions about the freshness and relevance of the data presented.

Last year's news from Lenti.ru told about the record of the T-90С tank and the Uralvagonzavod enterprise producing it. Thus, in the period from 2001 to 2010, the Nizhny Tagil plant built and transferred to a third country over a thousand units of this type of armored vehicles. According to the experts of Uralvagonzavod, this sales volume made the T-90 the most commercially successful MBT of the past decade. The facts cited in the news about the record of Russian tank building went into the article “Experts called the Russian T-90С tank cheap” almost unchanged - only specific wordings were corrected.

News from the portal Newsru.com already when reading the headline allows you to guess why the author of the website "Military informer" called his article that way, and not otherwise. The fact is that the material from 17 of September 2010 of the year, which described the situation in the global market of armored vehicles, was called "Russia ranks first in the world in the export of tanks at the expense of" backward "technology. An interesting feature of this article is the fact that, under a somewhat provocative heading, contains a balanced story about Russian contracts for the sale of tanks from 2006 to 2009 a year. During this period, our country sold 482 new tanks totaling just under 1,6 billion dollars. In addition, the forecast provided by the World Trade Analysis Center weapons (TSAMTO), according to which from 2010 to 2013 year, these figures could reach 859 tanks for 2,75 billion dollars.

The quantitative aspects of tank building and export, covered in the article "Military informer" almost without changes were taken from both sources. As for the conclusions about the inability of T-90 and its modifications to fully operate in the conditions of the modern war, they were also borrowed from the 2010 publication of the year without any serious corrections. The article “Russia ranks first in the world in the export of tanks at the expense of“ backward ”equipment” concludes with the theses about the unsuitability to real use of the “Shtora” and “Arena” complexes, as well as the lack of protection of the tank against attacks from above. Prior to these conclusions, it contains reflections on the pace of rearmament of the Russian tank forces. 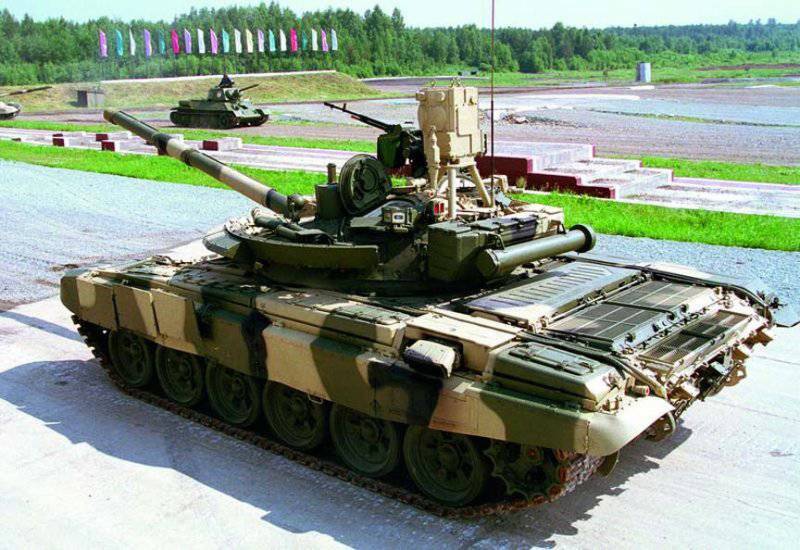 It is worth noting that in the case of statements about the combat capabilities of the T-90 tanks, the most difficult situation is emerging. These armored vehicles have not yet met in real combat with advanced foreign anti-tank systems, which does not allow to draw the right conclusions. The only conclusion in this context that may appear in the existing conditions of lack of information concerns the protection of the tank against attacks from above. At present, not a single tank in the world can effectively counter such threats. Therefore, it turns out that the Russian T-90 in this parameter are not inferior and do not exceed foreign equipment.

In the absence of detailed information, it remains to rely only on different estimates, which, for obvious reasons, can be very different. Manufacturers of tanks and anti-tank weapons, promoting their development, in every way embellish their capabilities. This feature of the defense industry of any country eventually becomes the cause of the emergence of numerous disputes on the topic “who or what is better?”. In this case, it remains to leave the negative assessments of Russian tanks on the conscience of the authors of the original publication on the Newsru.com website.

The last topic to consider is experts. According to the headline of the article with criticism, it was some experts who recognized the T-90 as “cheap.” Even with a cursory review of the two news, which became the basis for the “devastating” publication, you can see that they only refer to one specialist in the field of trade in armaments and military equipment. The only expert whose words are cited in two articles is the head of TSAMTO I. Korotchenko. Apparently, it was he who told Newsru.com journalists about the situation in the global tank market. However, he did not give any assessment of the quality of a particular technique. Thus, it turns out that experts who have called T-90 “cheap” do not have a specific name and do not seem to exist at all.

As a result, the article with the loud title “Experts called the Russian tank T-90С“ cheap ”” is a collection of fairly old and long-known facts, richly “flavored” with questionable and controversial details of unclear origin. In this regard, it remains once again to remind readers of the importance of verifying information provided by one or other publications or Internet resources. As for the conformity of the article to reality, then let these problems remain on the conscience of those authors who have some data, in order to please some wishes or reasons, turn into others.

Ctrl Enter
Noticed oshЫbku Highlight text and press. Ctrl + Enter
We are
T-90C against the "Merkava"The modernized T-90С Tagil tank in all its glory
Military Reviewin Yandex News
Military Reviewin Google News
455 comments
Information
Dear reader, to leave comments on the publication, you must to register.