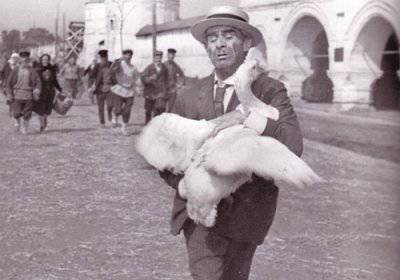 Along the way, the fight against corruption, which has taken on some kind of theatrical, staged character, theft itself, on the contrary, breeds more and more true talents and fans. Even where it seems to be shishpres, we make the impossible possible — and no one will blurt out among family and friends: “Oh, how bad it is to steal!” They will be considered an idiot or a hypocrite! At the same time, a whole piggy bank of all justifiable reasons for theft is gathered - these are the most common ones:

- I agree, we must fight with theft. But do not start with me!

- Who are the judges? Do not they grab? It’s not for them to judge us!

- Why the judge does not take if given? The policemen themselves extort!

- It’s cheaper if you need something - to give it straight, and not to go around, not to writh out a fighter!

- There are no honest people in the world, only those who are paid for it are paid for honesty - and we at least do not deceive ourselves!

- Such a time, market, only a madman does not steal! I'm not crazy!

- All taxes are paid only by the patient. And we live, hehe, in a convalescent society!

- Where there is a large flow, do not worry sip a sip!

- If everyone takes a little sip, it will not lose anything from the big one!

- I even steal little by little, but not like these - they row at all with shovels!

- I even steal a lot - but not every day! And these lumpen - like ants, without stopping! They dragged the whole country - and what, I have to observe honesty before them? Maybe even take off his pants?

- I do not steal, so different! That's better for me!

- Honestly choose, and then he will sit us all down!

- As long as we have such power, I will spite all that is possible!

The authorities sincerely believe that only she, as the winner, is allowed to haul everything as if from a fire. The opposition - that only to her, as the victim. An excuse for this matter for the liberals is that the sooner everything is plundered here, the sooner the frigid Putin will fall from his oak! For patriots, for the liberals not to get! .. One steals because people love him, the other because they hate. This one - because one devil is a sinner, that one - because one devil is infallible! .. In short, there was something to steal - but a weighty reason will always be found!

I can not help but bring here a poem on the same topic of my beloved poet of urgency Yevgeny Lukin:

Stuck in his chest -

After all, torture conscience

In general, they steal everything, pointing at each other with their fingers at each other and shouting without restraint: “Hold the thief!”

And who will decide not to pretend to speak out against such a collective pressure - sick, suicidal, crazy? There are no such people among our current personnel, either in their reserves or in the project. The victor who has just unprecedented pike with a hand, the president goes, until our leading thief hurts like a butter. And the touch - will go like sandpaper! As a result, the entire fight against corruption has become an organic part of the same corruption with which to fight — like with mosquitoes in a swamp: while you slam two of them, twenty more will fly!

Is it possible to get out of that swamp altogether - but for the time being all the ruling proposals tend only to how to enter it even more. Since the same mosquitoes are for these proposals and vote in the mosquito Duma, why the results of their voting will always be for entering there - and never for withdrawing.

So what to do? And do nothing until everyone kills in himself the same one propping up the whole pyramid of a mosquito. Listen to yourself: can you hear his itchy, painfully recognizable squeak? Hear, hear! This is it! And with such an inner voice, we can’t never break this vicious circle: the power is stealing, because the rest is “even worse”; and the rest - because the thieves power.

This circle will break itself when it dries up or finds itself in someone else’s, more industrious and cohesive than our hands, our main source of theft is our oil and gas supply. Then not only Putin will collapse from the oak, but the oak itself will collapse.

But this is already a problem of our children - and let them suffer for, as the classic put it, “the squandering fathers”. Well, our mosquito age is surely enough for everything!