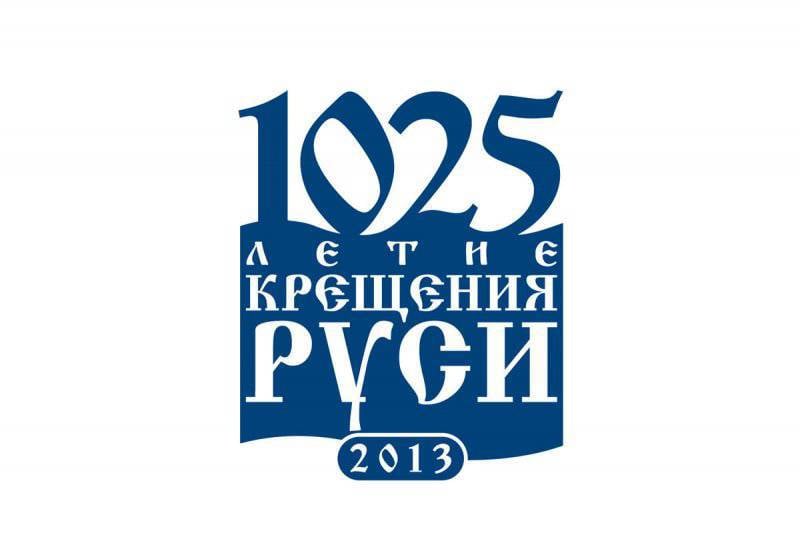 The Day of the Baptism of Russia stands apart on the calendar. Perhaps, based on its real historical significance, today it is the most underrated holiday. After all, this is about the historical highway that Prince Vladimir chose for our ancestors over a thousand years ago. Today you somehow do not even imagine Russia as a Catholic, Islamic or Jewish state, although, as follows from The Tale of Bygone Years, such a choice was proposed to Vladimir Svyatoslavovich.


Objectively, today's Russia cannot be called an Orthodox state. First of all, according to the current Constitution, which not only indicates the secular nature of our state, but also the supremacy of any ideology is prohibited. But also, as they say, “in spirit”: the results of various polls are inexorable, irrespective of specific figures. Thus, the number of church citizens is incommensurably less than those who simply identify with the Orthodox tradition, rather paying tribute to the courtesy of the history of their country. People willingly go to temples, or even chapels, worn out by earthly cares, to put a candle to any saint before the operation of relatives in the hospital, or for a good mark on the exam (the author repents: he did it himself).

Twice a year, you can see the “congregation” in the temples at the great Easter and Christmas services. Of course, a separate topic - Easter cakes, painted eggs, the consecration of water, cars, apartments and other iPhones. But, to admit, the meaning of these rites in the minds of most of our compatriots is rooted, alas, not in the choice of Prince Vladimir in the 988 year, but somewhere deeper - during the times of Perun and Yarila ... Is it any wonder ads in large-circulation newspapers with advertisements "White magicians" - a portly aunt surrounded by icons and lamps?

The Day of the Baptism of Russia is celebrated not so much on a grand scale, but noticeably - perhaps more noticeably than the same Day of Russia. Does this date nevertheless have any meaning, and the “last times” that other parishioners of temples are chasing are not so relevant? ..

KM.RU reviewer these questions were answered by experts of the portal:

- About the last times every now and then it is said, in fact, every year we prepare for them. But, as they say in Russia, "Get ready for death, and this rye." Therefore, we must continue to live with faith in the Lord. And the fact that we are celebrating the Day of the Baptism of Russia is, of course, very important, because there is no stronger support for the Russian people than our faith left to us by our ancestors.

- The Day of the Baptism of Rus is a holiday that unites people and countries. Actually, that says it all. Orthodox from year to year becomes more and more, and the times are now much less apostatic (apostate. - Approx. KM.RU) than at the beginning of the XX century. I think that Russia today is much longer from the end of the world than a hundred years ago. In any case, the level of religiosity among the people is high, as is the level of church-state relations. The church is on the rise, the temples are opened in the thousands and at the same time they are not empty, they are filled with believers. And the Orthodox faith itself plays an increasingly important role in the life of not only Russia, but also other countries.

First Deputy Chairman and Chief of Staff of the Patriarchal Commission on Family and Motherhood, Member of the Supreme Church Council of the Russian Orthodox Church, Mitred Archpriest Dmitry Smirnov:

- The point is not that we celebrate the date of the Baptism of Russia today, but that this holiday has an eternal importance, because Prince Vladimir has decided what we should be, and now we’ve been walking this path with all our delusions for 1025 years , digressions, mistakes, losses, sins, achievements. Still, any nation forms its faith, it is the foundation of national life.

As Metropolitan Hilarion correctly noted, we are now in the second Baptism of Russia. But I must say that the first one ended only at the end of the 19th century, when our suburbs — Kamchatka, the north of the Far East, Yakutia and other lands — were finally baptized. That is, the Baptism of Russia went on for 900 years, and then the invasion of communist contagion threw our country decades ago. In the battle with it, we lost hundreds of millions of people, but, as always, saved Europe: first from the Mongols, then from the communists. Such is the role of our people.

Over the past 25 years in Russia, 25 000 churches were built, 800 monasteries were restored, so, of course, we have something to celebrate. But the anniversary itself is a conditional date, of course. We somehow got used to round dates, we like to celebrate them. But the number "25" is definitely lost in the shadow of the millennium.

By the way, I remember very well and in detail the celebrations of the Millennium of the Baptism of Rus. After decades of godlessness, this was a great joy, but it was also a joy this year in Moscow to meet the heads of all local Orthodox churches. I was also present at the festive service in honor of our spiritual mother Mother Princess Olga - grandmother of Equal-to-the-Apostles Prince Vladimir. And how happy it was when, during the service, it was all over the cross of Andrew the First-Called!

Well, whether the last time now or not - everything is in the hands of God. What is happening today with our once-Christian Europe, of course, causes every Orthodox Orthodox sorrow and wariness. But, perhaps, looking at us, they will perk up: there are millions of Christians there. And then, in addition to the names of the varieties of cheese, they will also be remembered about the commandments of God ... I have great hope for this.

I like the earlier proposal to make the Day of the Baptism of Russia a public holiday. Celebrating it widely, people will slowly begin to delve into their history. And the media will, willingly or not, but something to prepare for this. Of course, the main part of the mass media today is just jerking around and scoffing at what is sacred to the people. But we, the Orthodox, know: the more they scoff, the stronger our faith is.

Ctrl Enter
Noticed oshЫbku Highlight text and press. Ctrl + Enter
We are
About Stalin and KhrushchevOn the other side of the “red” and “white”. Izborsk Club Report
Military Reviewin Yandex News
Military Reviewin Google News
166 comments
Information
Dear reader, to leave comments on the publication, you must to register.