New bomber is "insurance for the future" - US Air Force 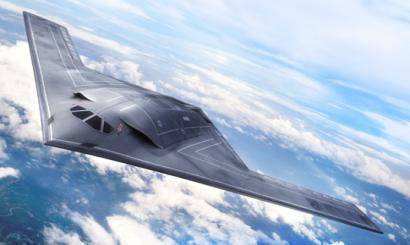 Existing Bomber Park aviation The US Air Force will not be able to cope with new challenges when, against the backdrop of aging American bombers, countries such as China are improving their air defense system, defense-update.com reports July 27 (the article is cited with some reductions - the comment “Military Parity”). Failure to do so may ultimately lead to serious military failures, military analyst Lauren B. Thompson writes in a report published by the Lexington Group research center and addressed to the Pentagon.


Bombers played and play a vital role in military conflicts from the Balkans to Afghanistan, from Iraq to Libya. A fleet of heavy long-range bombers proved to be very useful in defeating "various opponents." Bombers dumped a disproportionately large share of the ammunition used by all aircraft, and the appearance of high-precision weapons allowed them to hit multiple targets in one flight, day and night, in clear and bad weather.

Heavy bombers are uniquely versatile and cost-effective weapons. Their most important advantages are long range and combat load. These features allow them to adapt well to changing conditions, better than tactical manned and unmanned aircraft. For example, B-52 was created as a high-altitude bomber with nuclear bombs, then reclassified into an aircraft capable of overcoming an enemy's air defense system at low altitudes, and today it is a multipurpose attack aircraft carrying cruise missiles.

Bomber fleet of the US Air Force, while quite effective, continues to age. They include 76 B-52 Stratofortresses (average age 50 years), 63 B-1 Lancer (28 years) and 20 B-2 Spirit (20 years). Each of these bombers can deliver over a range of 6000 miles and more without air refueling (approximately 11000 km - approx. "VP") multi-ton combat load in the form of conventional and high-precision ammunition. B-52 is the only carrier of cruise missiles, B-1 is the only supersonic bomber, B-2 is the only subtle bomber. But they all face the aging of the park.

The world has changed radically. The Soviet Union fell, China is gaining power. Although in the new era the United States faced unexpected threats, retaining air superiority is necessary. Unconventional opponents such as the Taliban, of course, will not be able to challenge American troops in the air, on land and at sea, and therefore have to resort to asymmetric strategies. But bomber aircraft of the US Air Force proved that it is able to adapt to the actions in the new conditions.

Most importantly, you need to understand that the new bomber will be a kind of insurance against the uncertain military threats of the future. The world is facing unprecedented changes in the development of human civilization. In the past 100 years, we have not been able to foresee most of the major military threats and it would be foolish to say that we can understand better in the future. One thing you need to observe is to have a fleet of aircraft that could strike anywhere in the world. Failure to maintain this opportunity will be fatal to US interests.

In the period between the 2013-2017 years, the Air Force is planning to develop the long-range long-range strike bomber (LRS-B) long-range strike bomber, and the budget for this is 6 billion US dollars. The air force says they intend to buy 80-100 new bombers, with an average cost of everyone in 550 million dollars. The first bomber must acquire initial combat readiness in 2025 year. Although the details of the project are kept secret, experts predict that the new aircraft will be able to work autonomously in enemy airspace and strike at intercontinental distances with conventional and high-precision weapons. 20 may take years to develop, manufacture and deploy new bombers. During this time, it is necessary to continue to maintain at the proper technical level the fleet of existing bombers - to expand the range of weapons used and to cope with "age-related diseases", such as corrosion of metal parts of the airframe, in particular.