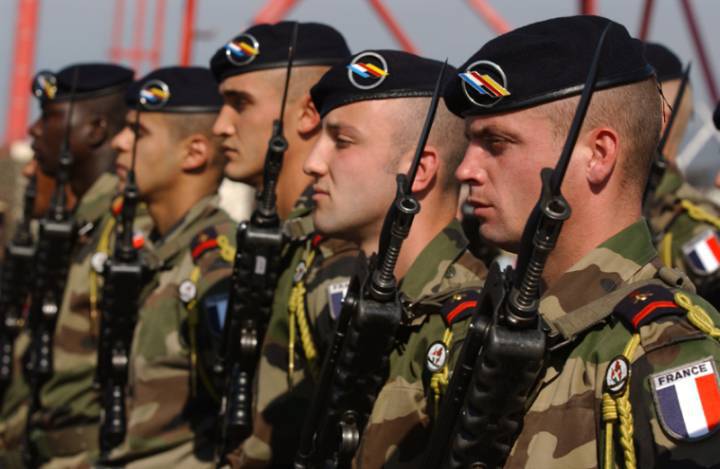 The French Ministry of Defense has prepared a draft law, which six years later 246 thousand military men will remain as part of the republic’s armed forces instead of the current 280 thousand people.


A reduction in the number of French troops on the 10 of thousands of people was planned by the administration of the previous president, Nicolas Sarkozy. The current leadership of the military department intends to liquidate 2019 by thousands of posts by 24, according to ITAR-TASS.

According to the bill, state-owned blocks of shares in a number of defense enterprises will be privatized, and some military frequencies will be sold to mobile operators and digital television. The sale of land and buildings released as a result of reductions will bring about 300 million euros in 2014 year. About 3 billion euros will be saved by refusing unpaid military orders. As a result of the cuts, the French treasury should receive about 6 billion euros.

Ctrl Enter
Noticed oshЫbku Highlight text and press. Ctrl + Enter
We are
Reports from the militia of New Russia for 29 August 2014 of the yearThe Dangerous Future of US Strategic Forces (PetroleumWorld, Venezuela)
Military Reviewin Yandex News
Military Reviewin Google News
10 comments
Information
Dear reader, to leave comments on the publication, you must to register.