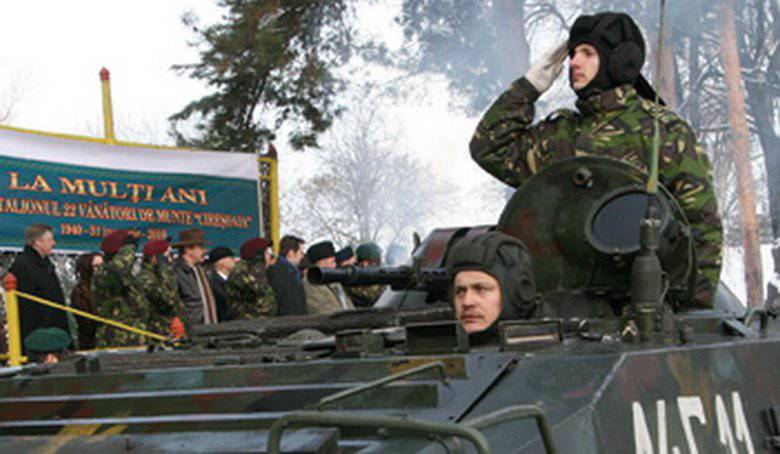 MLVM was developed in Romania specifically for use in the highlands.

The car has a good angular body, the body and the tower are made of all-welded rolled armor with anti-bullet and anti-splinter protection and have a large angle of the upper frontal sheet. The lower frontal bronelist is also installed at a large angle, making the wedge-shaped bow of the BMP.

The machine has a classic layout and consists of: MTO in the front, office management, combat compartment + airborne.

The crew is 2 + 1 man (commander, cars, gunner / group commander and driver-mechanic) and can carry troops of six people. The principle of its application. Same as a conventional BMP, but its suspension gives it an advantage for using the machine on steep slopes and climbs.

The driver is in the nose of the BMP on the left side. When moving in combat, observation is carried out using three triplex periscopes. Leaving the car is made through the upper hatch on the machine body. Behind is the seat of the commander of the machine, which has a one-piece manhole cover and three triplex. The commander also has a night vision device with an external infrared illuminator. To the right of them is the engine compartment with an 4-stroke forced diesel engine, which develops the power of the 155 HP. In the tower, borrowed from TAB-71M (8 × 8), there is one person who has one 14,5 mm KPVT and one PKT of 7,62 mm caliber. 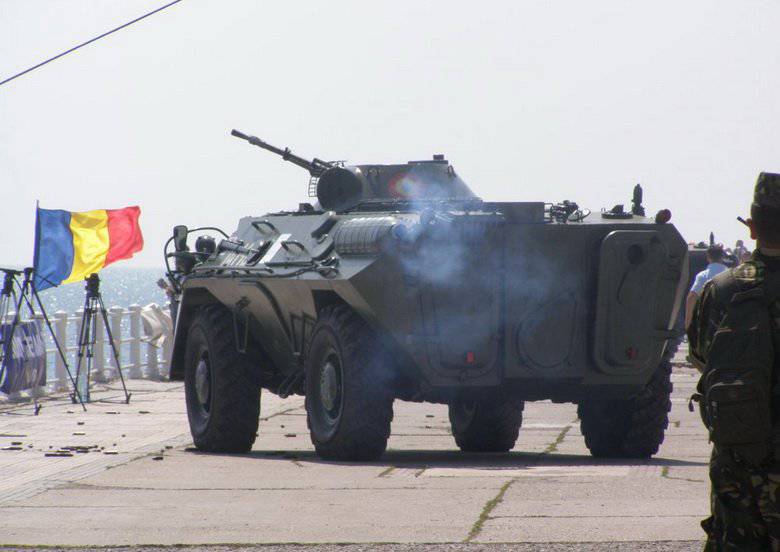 The troop compartment is located at the rear and is equipped with two stern doors and six upper hatches (three on each side of the hull). Also there is an 6 embrasure for firing from small weapons.

Torsion bar suspension with six rubber-spoke rollers on each side, driving wheels, rear guide wheels and three supporting rollers on board. The sides are covered with narrow metal screens.

MLVM amphibious. Movement through the water is carried out by rewinding the tracks.

Airborne car.
The release of this BMP is currently discontinued. 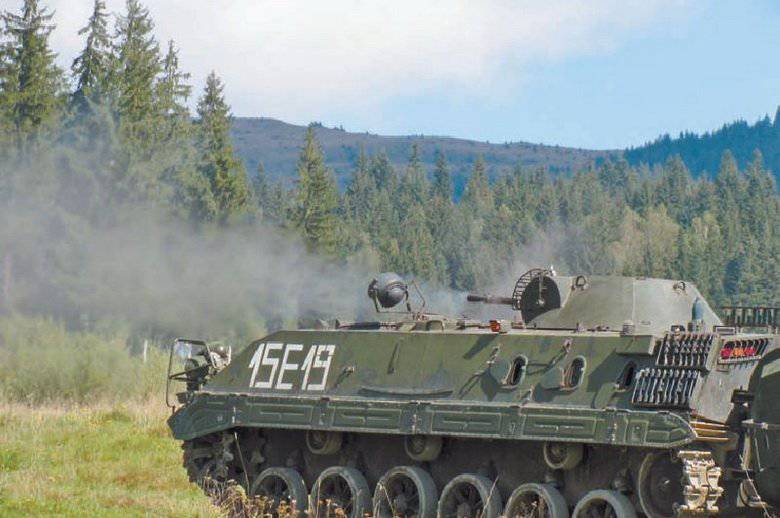 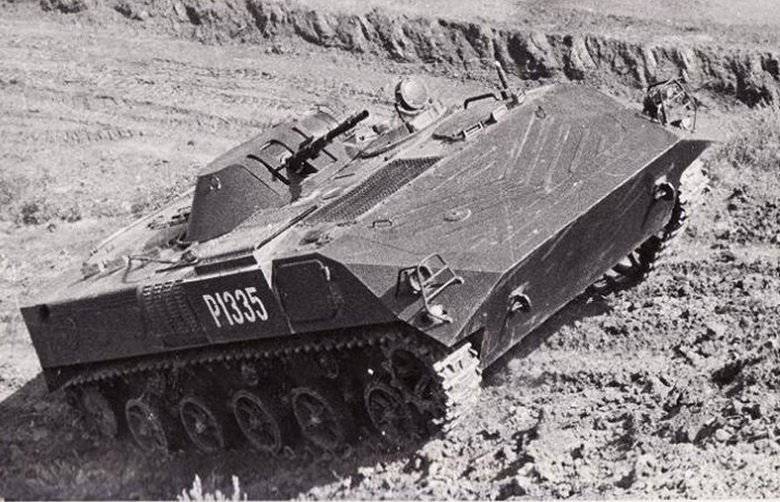 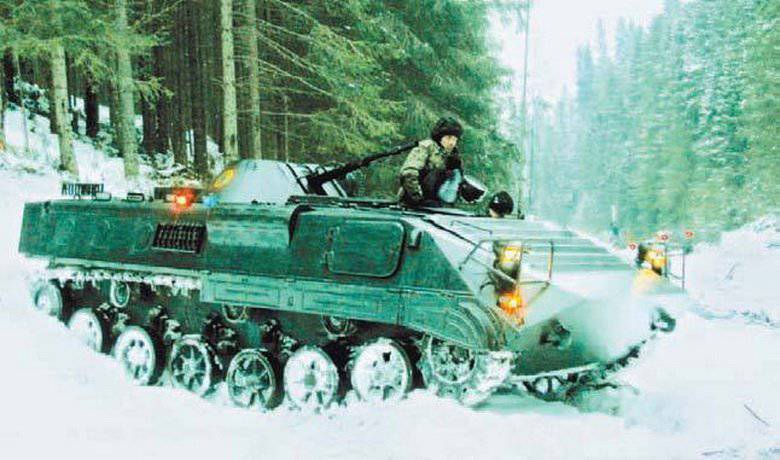 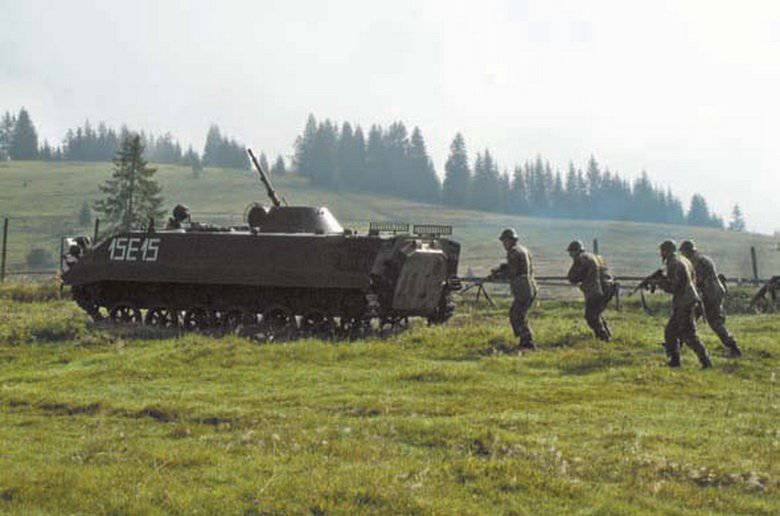 Drawing on its experience in developing a major service pack for MLI-84 (a local version of the Soviet BMP-1), the Romanian company Autonoma Arsenalul has developed an extensive service pack for the Romanian MLVM. The purpose of this update is to increase the overall efficiency of MLVM, reduce operating costs, increase its firepower and “fit” the vehicle to NATO standards.

The current MLVM is equipped with a horizontally and vertically controlled turret due to mechanical drives. Armament is clearly not enough to perform the tasks that fall in the modern battle for a similar machine. Therefore, the combat unit was replaced with a module developed with the help of the Israeli Rafael Armament Development Authority with the installation of the 25-mm OWS 25R and two Spike ATGMs.

To increase the survivability on the battlefield, MLVM was supplied with a warning system for laser irradiation. This informs the crew through a light and sound warning system about the type of radiation, the direction of the threat. And also automatically launches aerosol grenades. To do this, there are six 81 mm smoke grenade launchers installed three pieces on each side. The warning system for laser irradiation has automatic and manual modes of operation and is mounted on the site of the commander.

The engine is replaced by a German Mercedes-Benz or Deutz with water cooling from 340 to 400 hp, connected to an automatic transmission. The speed increased from 48 to 65 km / h, and the power reserve increased to 800 km. Specific power also increased from 17.11 hp / t in the standard BMP to 30-35 hp / t in the modernized machine.

An EADS S&D L'Hotellier fire suppression system was installed. It includes two independent subsystems that provide fast and effective fire detection and extinguishing in all departments.

To improve communication, the existing radio communication systems have been replaced by a new system manufactured in collaboration with Thales UK.
Water speed increased from 6 to 15 km / h. 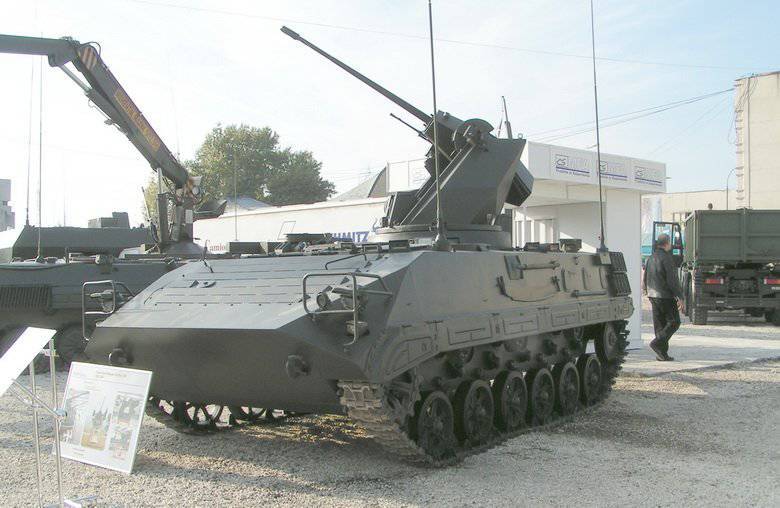 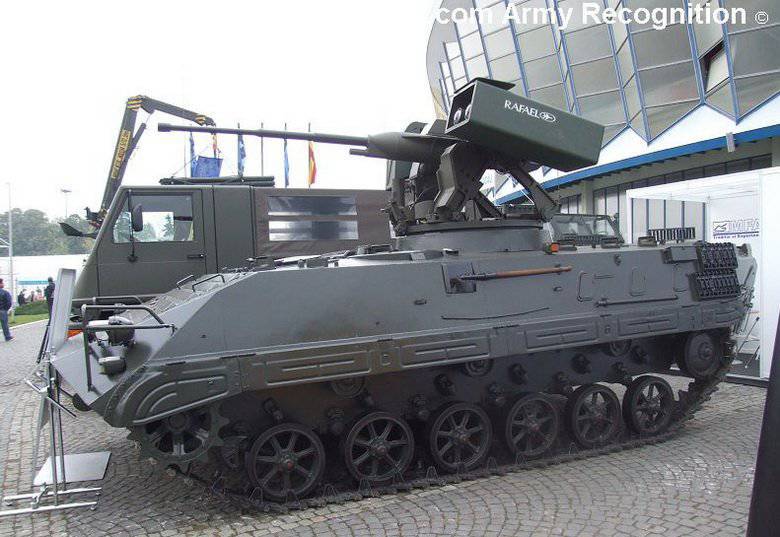 Enhance body armor by installing passive reactive armor (NERA). Due to the increase in engine power, it does not affect the reduction of mobility.

On the basis of MLVM developed machines:

120-mm self-propelled mortar MLVM AR which is different aft, converted for the installation of weapons in this case will be hatches opening left and right. M120 1982 mm mortars.

there is also a MLVM AR with M198 mortar9, which is firing, in contrast to the M1982, in the direction of the car. Both mortars can fire only from a place. 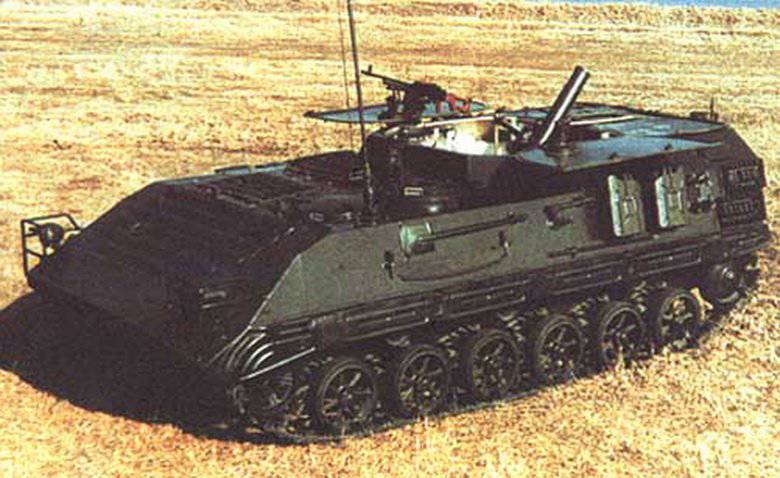 In both types of self-propelled mortars there are plates and bipods so that, depending on the tactical situation, they can be deployed separately from the machine.

The layout is similar to the general one, but instead of the troop compartment, it carries an 64 100 mm or 104 76 round of ammunition with a total payload of up to 2100 kg. Some of the ammunition can be removed through the side hatches. For self-defense, there is a 7,62-mm machine gun with a circular attack and vertically from -5 to + 82 °. 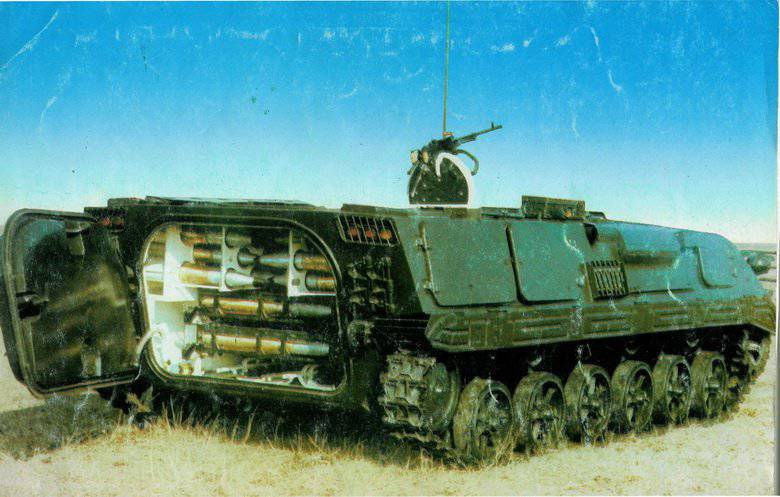 A small amount was built in the sanitary version. Rollers are similar to MLI-84. 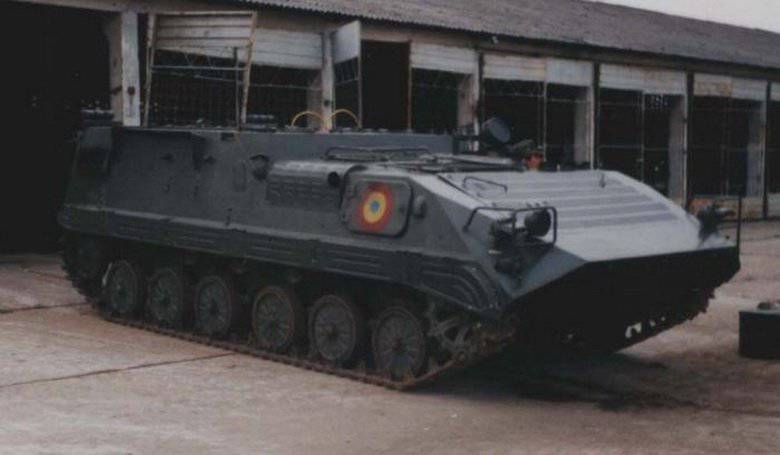 BMV MLVM are in service with only the Romanian army.

Armed with the Romanian army has 75 pcs. different modifications. All of them are part of the 2 th mountain brigade "Sarmizegetuza".

Ctrl Enter
Noticed oshЫbku Highlight text and press. Ctrl + Enter
We are
Is the "old" well forgotten to become the "new"? Part-2. At the call of honor and dutyThe fire control devices of the Soviet and German tanks of the Second World War. Myths and Reality
Military Reviewin Yandex News
Military Reviewin Google News
8 comments
Information
Dear reader, to leave comments on the publication, you must to register.