July 28 2013
123
25 July 2013, aft of the Mistral-type landing craft Vladivostok under construction for the Russian Navy, which was built into the dry building dock of the STX France, was docked into Saint-Nazaire. It was docked to the bow of the ship built there. July 26 began work on the actual connection of both parts of the hull, which should be completed by the end of August. 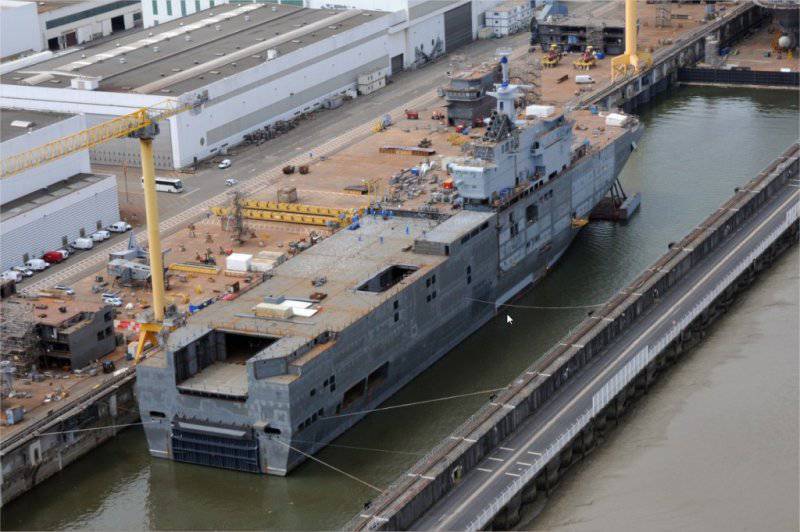 The bow and stern parts of the landing helicopter ship dock "Vladivostok" of the Mistral type, being built for the Russian Navy, docked in the dry construction dock of the STX France shipyard. Saint-Nazaire, 25.07.2013

The process of docking the fore and aft part of the landing helicopter docking ship Vladivostok of the Mistral type under construction for the Russian Navy in the dry building dock of the STX France shipyard. Saint-Nazaire, 25.07.2013

Ctrl Enter
Noticed oshЫbku Highlight text and press. Ctrl + Enter
We are
Foreign experts on the situation with the "Mistral"The bow of Vladivostok is afloat
Military Reviewin Yandex News
Military Reviewin Google News
123 comments
Information
Dear reader, to leave comments on the publication, you must to register.