July 30 2013
25
According to the website rosinform.ru, the specialists of the Military Industrialization Company have completed the development and testing of a wheeled vehicle based on the BTR-90 Rostok as part of its research (code Krymsk). The novelty uses a hybrid power plant and electric transmission. 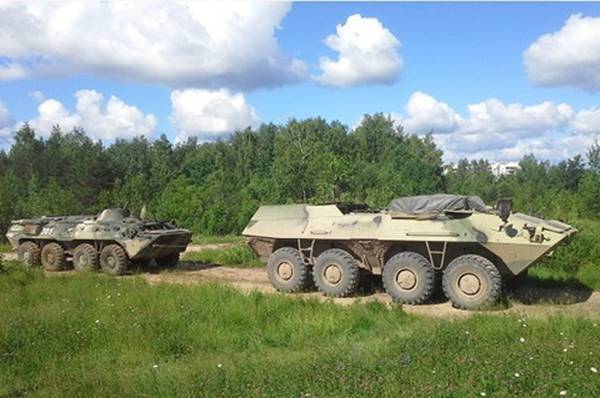 Of course, it is worth enjoying the success of Russian developers. However, it is worth noting that the projects of such machines with a hybrid electric drive have already been created in Western countries, and some of them appeared more than ten years ago.

Mention may be made of the 8x8 wheel formula machine, which used the prospective hybrid electric drive (AHED), the United Defense armored Thunderbolt cannon system with hybrid electric drive, the combat reconnaissance, surveillance and targeting vehicle (RST-V), the Anglo-American program on the intelligence of the future FSCS / TRACER and some others.

Electric drives will be used in both civilian and military vehicles. The technology of electric drive to the wheels, which, for example, allows you to make the bottom of the machine flat and solid, provides a clear structural advantage. This technology has already proven its effectiveness and reliability in daily use. The intention of the military, primarily, is to transfer this technology to prototypes for use in large-scale programs. Thus, in the American program - the combat system of the future (FCS) - the diesel-electric combined drive became the main form of the drive, becoming the most important configuration of the entire family of machines. At the moment, close to serial prototypes of machines equipped with electric drives are undergoing tests.

The main reason for using electric drive technology in military technology is new combat characteristics and qualities that can be achieved only in this way. First of all, it concerns the reliability of the machine, its protection and rear support. This is the key to the new basic production of wheeled vehicles.

When using this technology, it is possible to create a wheel drive module in which the electric motor is fully integrated into its hub. The suspension, drive, steering and shock absorber will be included in the compact standardized chassis module. The brakes will also be electric, only the parking brake will work as an additional mechanical brake. 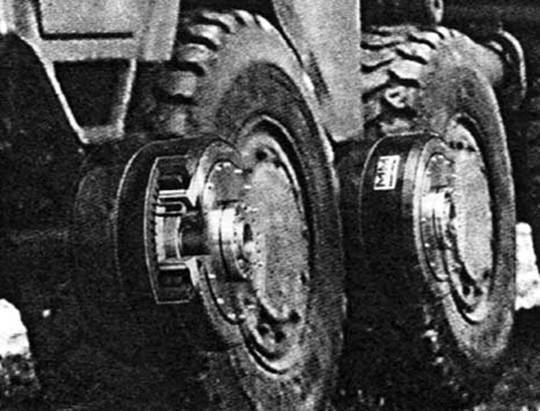 Wheel drive module with motor mounted in the wheel hub 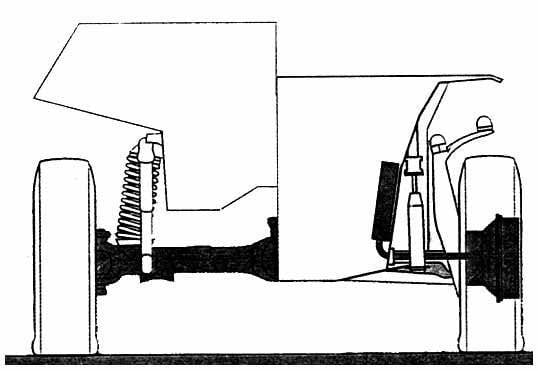 The advantage of the usable space of a wheeled vehicle due to the use of an electric drive compared to an outdated rigid bridge (source: magnet-motor)

A machine that uses a promising hybrid drive (AHED)

A car with a promising hybrid electric drive (AHED) and wheel formula 8х8 from General Dynamics Land Systems (GDLS) can act as a topical example of such technology. It was first shown to the public in 2002 at the AUSA annual exhibition in Washington. 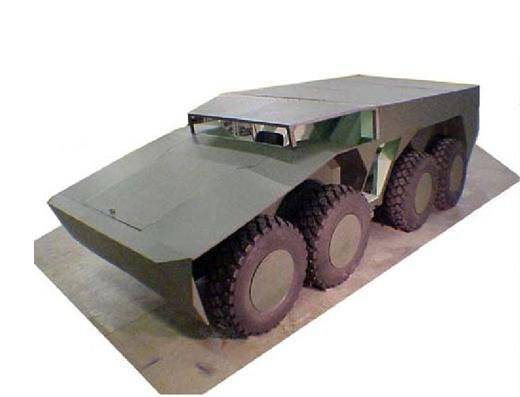 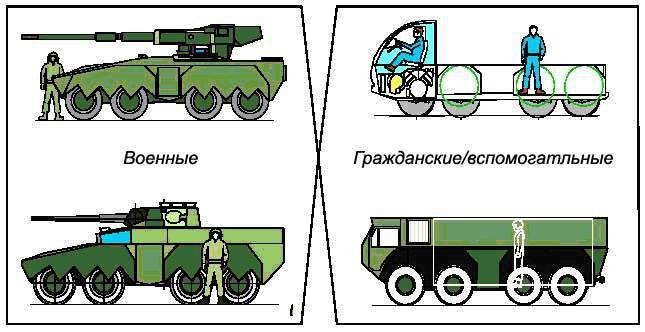 This car was equipped with an electric drive in the wheel hub of Magnet-Motor GmbH (commissioned by GDLS). It installs a diesel generator and batteries. The wheel drives of the company MM are part of the wheel module, which is installed on all drive wheels. The primary power is generated by an 200 kW power generator, which is directly connected to the diesel engine via a flange. Additional 200 kW of power are provided by a highly efficient rechargeable battery. Thus, the total drive power is about 400 kW. To recharge the batteries in the process of moving, braking energy is used, as well as excessive primary power. This combined configuration provides additional benefits, including silent monitoring, control and communication (silent watch), as well as silent movement (stealth mode). In addition, in the interior of the machine there are no components of the drive system, as well as a “double bottom” for accommodating its mechanical parts. Compared to models with a traditional drive, the silhouette has become significantly lower.

In the wheel modules there is a flexible "umbilical cord", which provides all the electrical functions of the sensor and power pipeline, as well as supplies cooling agents.

Also worth mentioning are the elements of power electronics, which provide the machine with electrical energy and integrate high-performance batteries into the system. They are located in front of the car, somewhat "lifting" it. 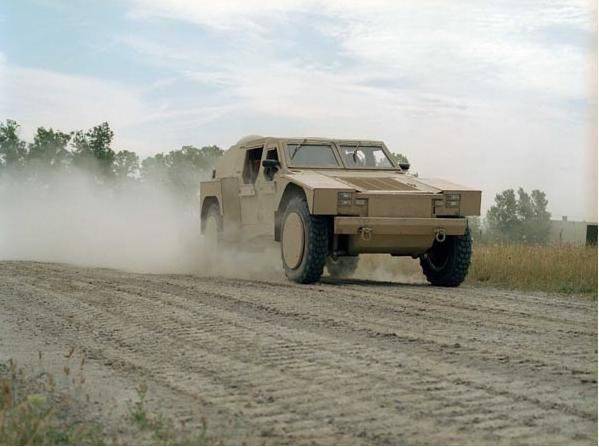 Another GDLS order from Magnet-Motor was the electric combo drive system, which was used in four prototypes of the combat reconnaissance, target designation and surveillance vehicle (RST-V). They were built by order of the United States Marine Corps and Directorate of Long Term Planning MO (DARPA). The drive system also includes wheel hub drives and power from a diesel generator and batteries. The use of electric wheel modules made it possible to install a special movable and folding wheel suspension on the machine in order to change its ground clearance. In addition, the car has a high raised bottom between the rear and front wheels. This allows you to place it on the Osprey V 22. The total drive power is 210 kW (110 kW diesel generator and 100 kW batteries), which allows the 3.8-ton car to accelerate to 120 km / h and climb up to 60%.

Prototype machines passed a series of successful tests that confirmed compliance with the characteristics. Currently, work is underway on the first small batch, which provide for further intensive testing.

It is worth noting that all Magnet-Motor drives have no wear parts, and also have a minimum of moving parts. They practically do not require maintenance, they are highly reliable, and, as a result, they require low costs during operation. In addition, the development of mechanisms and electronics took into account the need to reduce personnel costs and maintain devices and materials, which improved the logistics. In practice, the use of a fully automatic and highly efficient drive relieves the driver. The inclusion of gear is electric, not mechanical, the wheels of the car are controlled separately, which provides the best acceleration.

Even early prototypes from Magnet-Motor could supply various external consumers with electrical energy from a car's drive network, for example, lighting elements and different mechanisms. Both GDLS-designed drive systems have electronic components that are directly integrated into the drive’s electrical system. With their help, you can connect command posts, radar installations, engineering vehicles, etc. to the power supply. Also, the electric network of drives can be used as an electrical system of primary support for the electric combat systems of the future, for example, electric guns, combined guns, laser and microwave weapons. 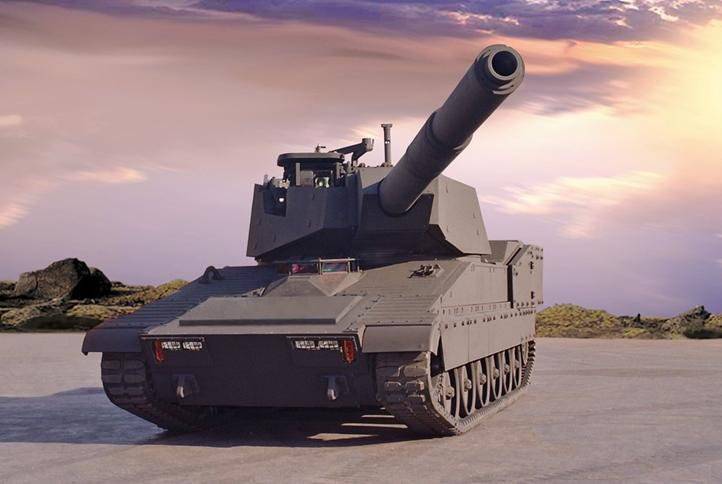 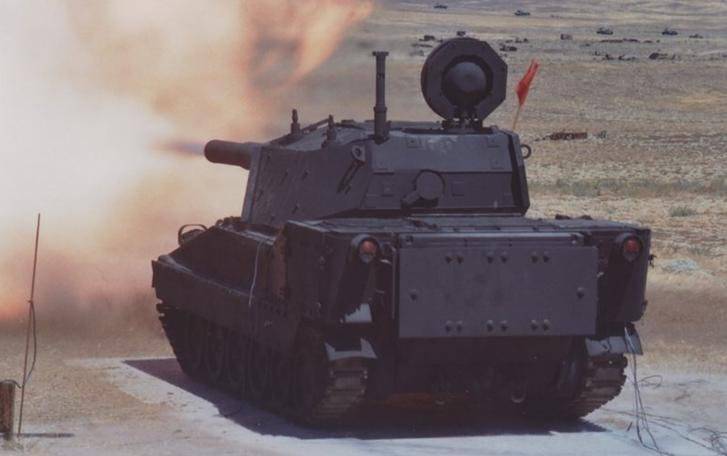 The Thunderbolt armored cannon system was developed in September 2003. This is an upgraded armored gun system M8 in the 120-mm tank gun XM291 (instead of the 105-mm gun M35). The main advantage of the system is space saving due to the use of a hybrid electric drive. Two traction engines appeared in the front of the hull, and in one of the sponsons, a diesel engine rated at 300 hp. This freed up the space in which the 580-strong diesel power unit and onboard transmissions used to be located. Now it can accommodate four people or additional ammunition. The difference in power is compensated by the energy of the 24 lead-acid battery pack.

In the development process, a demo mockup TTD was used - the main development tool for the HED drive. The use of the John Deere diesel engine (250 hp 187 kW) and the 40 lead battery pack (187 kW) reduced fuel consumption by 89% compared to the standard M113A3 BTR, which is equipped with a Detroit Diesel engine (275 hp) and hydrodynamic transmission XXXUMX-2000A of Allison, when driving on rough terrain with changes in height and roads.

However, this improvement is partly directly related only to the replacement of the engine, since the Detroit Diesel powerplant has a rather high specific fuel consumption.

Electric transmissions of drive systems of the United Defense company are classical representatives of two-sided type with two parallel circuits, which transfer current from the generator driven by the engine of the machine to separate executive engines for each track. Similar two-way systems were used in other tracked machines with electric drives. However, if asynchronous motors were used in United Defense transmissions, then they have permanent magnet electric motors, which were developed later.

The United Defense company also presented two more platforms for the combat systems of the future. The first, with the designation FCS-T (tracked), is the platform originally developed by UDLP for the Lancer consortium as a possible platform hosted on C-130 aircraft for the currently curtailed Anglo-American program of the future FSCS / TRACER intelligence vehicle. 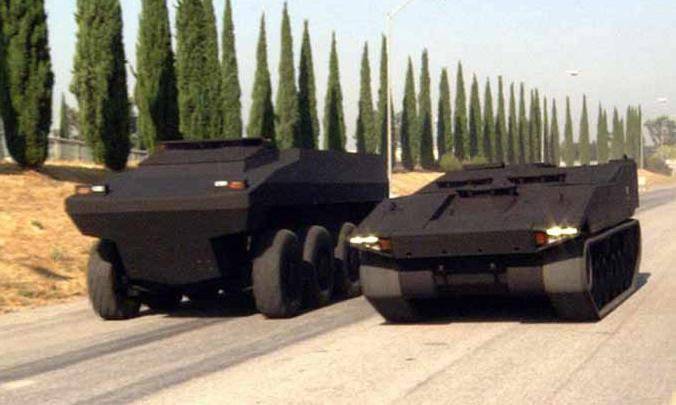 The FCS-T platform uses a hybrid system with three modes: hybrid, only from batteries, and only from the engine. During battery operation (masking, silent mode), the car can drive about four kilometers, powered by a block of lithium batteries (167 kW) at a voltage of 600 volts. Also, this mode is used to provide long-term (up to 6 hours with 2.5 kW) silent monitoring, when the crew uses only electronic detection devices. 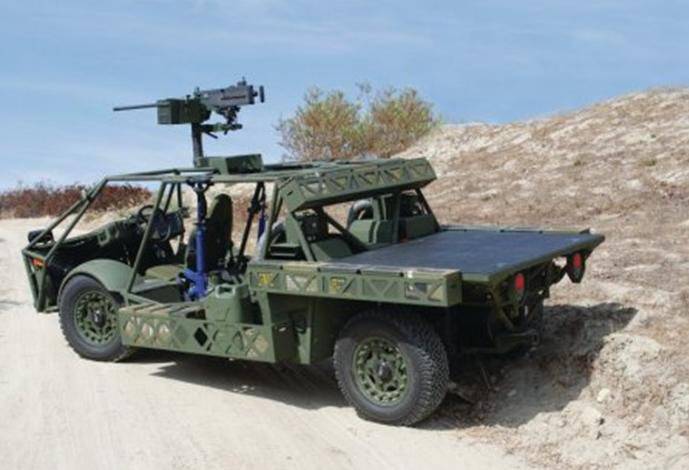 The CERV is a light, diesel-electric car with a top speed of 130 km / h. The main purpose is to conduct special operations support, reconnaissance and target designation. The main advantage of the machine is silent movement and environmental friendliness. The Californian company Quantum Fuel Systems Technologies Worldwide participated in the development of the car.

A four-wheel drive machine drives a Quantum Q-Force diesel-electric hybrid power unit as part of an 1.4-liter diesel engine, which is paired with an 75 kW generator and lithium-ion batteries. It powers the DC electric motor (100 kW). The unique lightweight body developed by Quantum has reduced the weight of the car to 2267 kilograms. In the back of the car is a large cargo platform.

As part of the work on the car was built six prototypes. This car has a torque of 6800 Nm, which allows to overcome water obstacles to 0.8 meters, as well as rises to 60%. 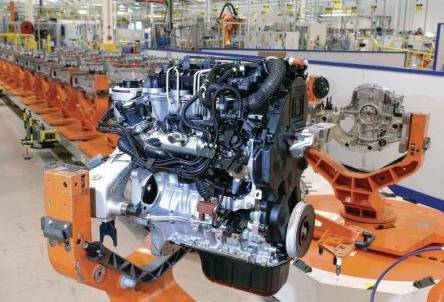 In the development of CERV used the latest technology, which improved the performance of the battery, and, accordingly, increased the range.

According to the company Oshkosh Defense, their new development confidently dominates the class of light combat engineering vehicles, combining proven technology and advanced crew protection systems. It is possible that this car will be a replacement for the outdated wheeled armored car Humvee. 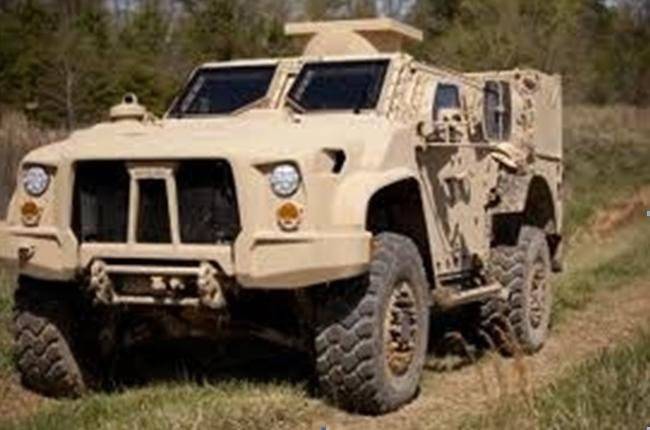 In developing the model, the experience gained during the clashes of Afghanistan and Iraq was used. The L-ATV machine is designed to provide high mobility and protection at the MRAP level.

The armored car uses an intelligent, independent suspension of the new generation Oshkosh TAK-4i, which has an increased stroke of 505 mm, which increases efficiency when driving on unstable surfaces. The patented technology TAK-4 uses 20-inch wheels with independent control.

Also worth noting is the innovative, hybrid diesel-electric propulse powerplant, which gives additional 70 kW of power when the car is moving and also provides energy for engineering needs when it stops. The power from the diesel generator is supplied to the 4 electric motors for each drive wheel. In addition, the power plant has improved fuel efficiency and power, made it possible to move almost silently at short distances.

The possibility of batch equipment armor. Reservations can be changed depending on the task. At the bottom of the car has a special protection against fragments and the blast of anti-personnel mines.

It is worth noting that American cars do not yet use another advantage of the electric drive, namely the use of some small diesel engines with generators as power suppliers. This significantly increases survivability - the machine does not lose mobility during damage and can still go back, avoiding loss of mobility. In addition, it enables the global use of standard modern diesel engines. The unified design makes it easy to respond to the modernization of machines.

The net volume of the machine increases in comparison with the mechanical drive. In addition, weight reduction allows you to easily transport it through the air.

As we can see, in Western countries not just mockups were created, but completely ready platforms with a hybrid electric drive.