July 28 2013
58
A congressional committee of the US held a July 25 hearing on the theme “the appearance of a threat to a resource warrior” in Central Asia. But it was not possible to establish what the threat is and whether it exists at all. 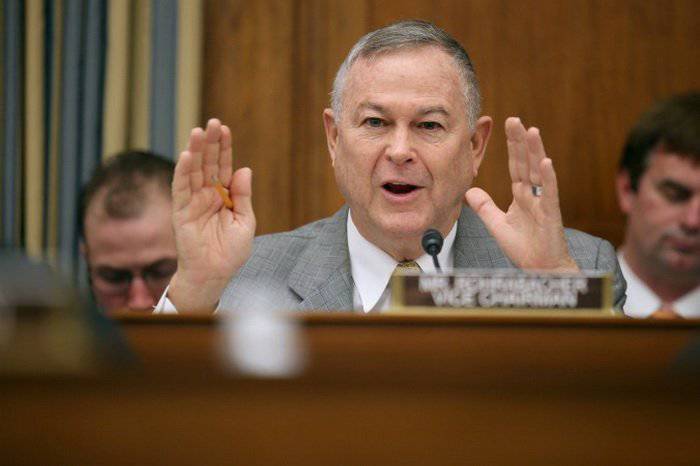 In his opening speech, Rohrabacher made a grim warning that “the growing demand in world markets for mineral and energy resources is causing fierce economic competition, which can lead to a counterproductive conflict. ... In a world where one side can acquire resources for development only by taking it away from the other, conflicts are supposed to appear in the beginning. When new resources are opened, as is happening in Central Asia, there are fears that there will not be enough of them all, and so the conflict is born. ” However, pointing out that China and India are developing rapidly and need resources, he did not explain how this could lead to a war in Central Asia.

The expert speaking at the hearings (there was no one from the US government) politely pointed out that although there are resources in Central Asia and various parties are trying to get access to them, there are no signs of any armed conflicts. “There is indeed competition for resources in Central Asia, as elsewhere in the world,” said Ed Chow, an energy specialist at the Center for Strategic and International Studies (Center for Strategic and International Studies), adding that “for all respect for the Subcommittee, the concept of resource wars is often exaggerated ”(see full report here). Chou mentioned that he was an adviser to the US State Department on the TAPI gas pipeline project (Turkmenistan-Afghanistan-Pakistan-India).

Another expert, Neil Brown, who works for the Marshall Fund “Germany-USA” (German Marshall Fund of the United States), expressed the opinion that “the desire to gain control over the territories because of the resources there is manifested throughout the world, but this trend often takes place within countries and not between countries. ... Fortunately, in Central Asia it is relatively quiet on this front ”(see the full report here).

The above does not mean that conflicts over resources in Central Asia are impossible. Neil Brown mentioned the possibility of a conflict in the Caspian. “The issue of dividing the Caspian-rich seabed with energy resources sometimes leads to unnecessary tension between the countries of the region. In particular, Russia objects to the Trans-Caspian gas pipeline project, which would allow Turkmenistan to diversify gas export routes by opening a “window to Europe” bypassing Russia, ”he said.

Ed Chou, in turn, pointed to the fact that tensions in the region are most often caused by another resource, water. “In my opinion, conflicts in Central Asia are most likely to flare up for control over water, not oil and gas resources,” he said at the hearing.

Unfortunately, much of the attention of the US government towards the region is focused on armed conflict. Here are the topics of the previous hearings in the Subcommittee on Europe, Eurasia and Emerging Threats during the current session: “Islamic extremism in Chechnya: a threat to US security?”, “The rapid political and economic advance of China in Central Asia” and “Threats of militant Islamism in Eurasia ". All of these topics are no doubt important. But how much more likely is it that they will lead to conflicts in the region, and not, say, weak political regimes under the leadership of aging, corrupt and / or corrupt dictators?

Ctrl Enter
Noticed oshЫbku Highlight text and press. Ctrl + Enter
We are
The US is increasingly afraid of ChinaWhat you didn't want to know about England
Military Reviewin Yandex News
Military Reviewin Google News
58 comments
Information
Dear reader, to leave comments on the publication, you must sign in.