The base for the command headquarters is Peterson Air Base, and the permanent command post is located in a fortified bunker that is built inside Mount Cheyenne. 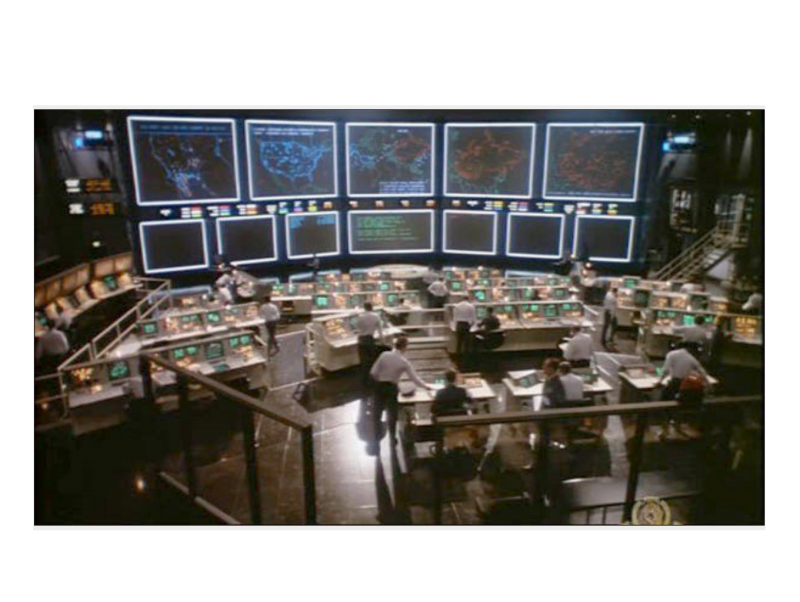 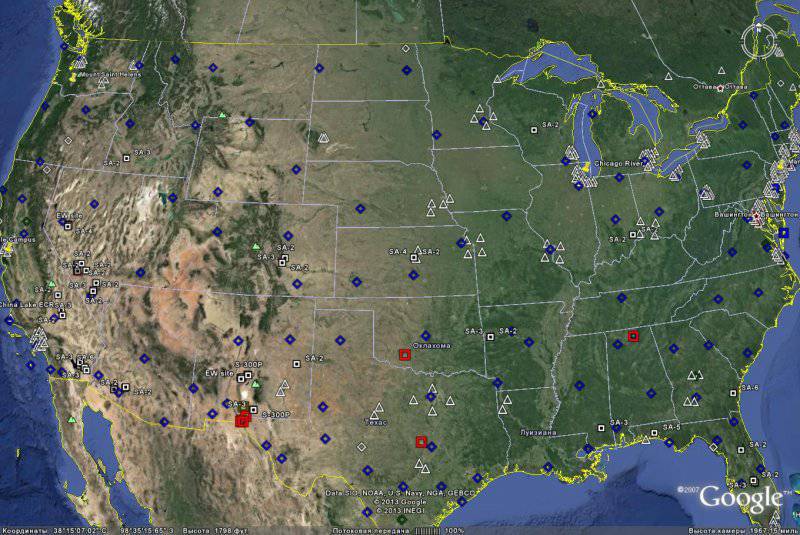 It is worth noting that after the US authorities realized the threat posed by a large number of Soviet ICBMs, it was decided to abandon powerful air defense, including a large number of air defense systems deployed in the country. According to former US Secretary of Defense Schlesinger, if they cannot protect their cities from strategic missiles, then you should not even try to create protection against the small bomber aircraft of the USSR.

In the 1980-ies began the process of a sharp reduction of air defense forces - all anti-aircraft artillery systems, as well as most of the air defense system, were removed from service. The number of aviation regiments on duty was also reduced.

As a result of a number of radical reductions, by the autumn of 2001, only air fighter groups of the US National Guard and the Canadian Air Force remained in the air defense of the North American continent. Until 11, September, 15-minute readiness for departure throughout the continent was carried by no more than six interceptors.

However, in recent years, the intensity of flights has increased significantly. Currently, NORAD daily monitors up to seven thousand air objects. Over the United States at a time can be more than ten aircraft. During the day, about 80 thousands of take-offs and landings of aircraft performing domestic flights are recorded at airports.

“Black Tuesday” put the NORAD system in a situation that was not only not provided for in combat algorithms and action sequences, but was never lost in the process of staff training of the aviation and radar on-duty units.

The events of 11 September 2001 of the year showed that the whole system, designed to prevent outside invasion, failed to cope with the terrorist threat. Therefore, it was subjected to serious reform.

Currently, the NORAD system is engaged in radar and aviation control of the air situation over the territory of the continental United States and Canada. For this purpose, additional stationary and mobile radars were used, fighters and AWACS aircraft were constantly in the air, and the number of interceptors on duty at aircraft bases was tripled. 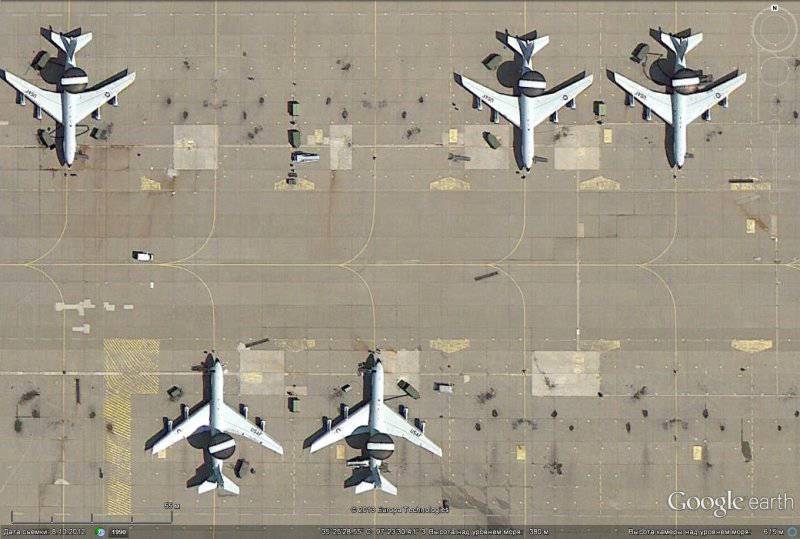 It also provides for the use of a system consisting of aerostat radar posts. It is worth noting that it is particularly effective in the southern part of the country, where it works in conjunction with the US border service, tracking low-altitude light aircraft that are often used to transport drugs across the border with Mexico. 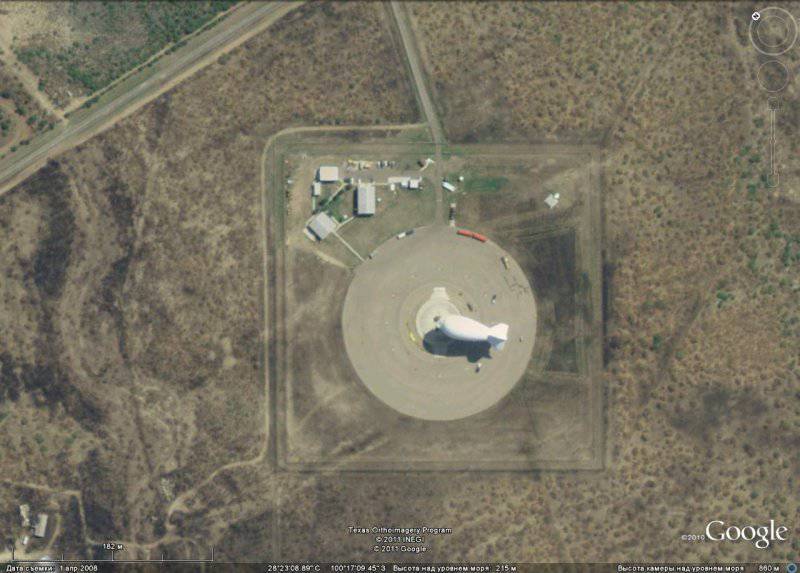 Satellite image of Google Earth: a balloon of a radar surveillance system in the area of ​​the US-Mexico border

On the territory of the continental United States in peacetime, 75% of all RLPs are shared by the Air Force and the federal civil aviation agency. Ground posts are used by modern detection radars, including the ARSR-4, as well as the altitude detection radar, AN / FPS-116, using digital processing and data transmission. 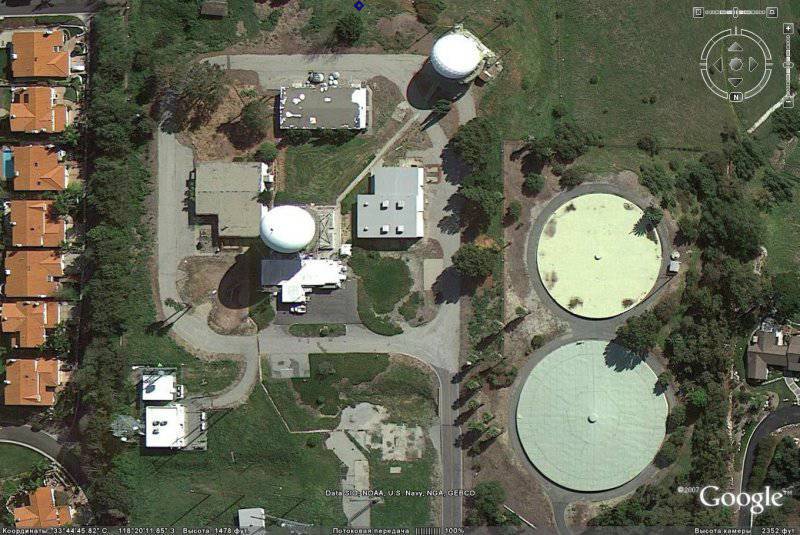 A new procedure was also introduced to decide on the attack of aircraft captured by terrorists. At the moment, it is not only the American president who is responsible for this: in emergency situations, a decision may be made by the commander of the continental air defense zone.

The reorganization also affected the process of combat fighter duty over large urban centers. Thirty air bases are participating in it (against seven to September 11). Eight squadrons with 130 interceptors and 8 AWACS aircraft are on duty. The airspace above the capital of the United States is guarded by the 113 Air Force wing of the National Guard Air Force, which is deployed at an air base in Maryland. At the beginning of 2006, the 27 squadron, armed with the X-NUMX-generation F-5 Raptor, was in combat duty. 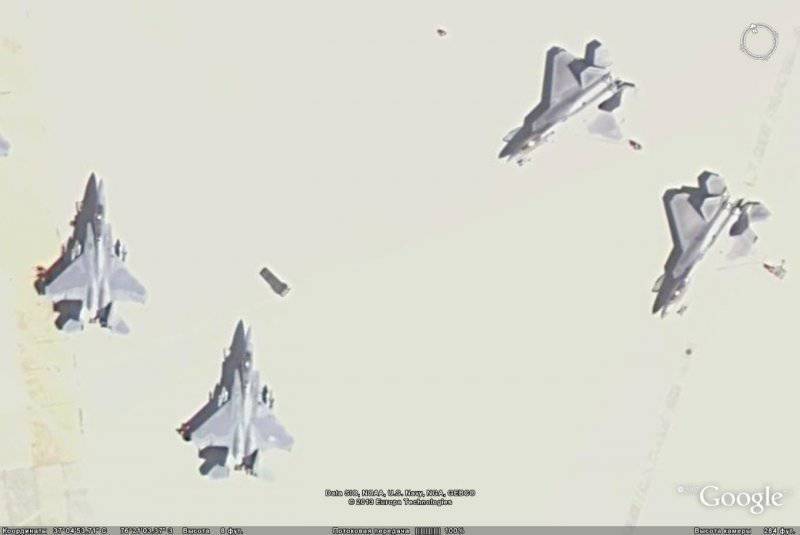 The permanent duty system includes 127 radar posts that service 11 thousands of military personnel. More than half of them are national guardsmen. However, they still can not provide an absolute radar field over the territory of the North American continent.

According to representatives of the US military command, the current airspace control system makes it possible to monitor all movements of large aircraft in response to any route change, especially when approaching restricted areas. It is worth noting that there are hundreds of such deviations.

There are more than 4500 thousands of small private airfields operating in the United States, which are practically not controlled by federal agencies. According to various data, they are used from 26 to 30 of thousands of different aircraft, including jet ones. Naturally, these are not huge liners, but they can also cause serious damage if they fall into the wrong hands.

All important and potentially dangerous objects can be covered by anti-aircraft missile defense systems in the event of a terrorist threat.

The 21 anti-aircraft missile division is part of the National Guard and the regular army. Their armament numbers about 700 PU ZRK Avenger, about 480 PU ZRK Patriot, as well as NASAMS 1 ZRK.

After 11 September 2001 in the area of ​​Congress and the White House appeared 12 installations of the Avenger air defense system. 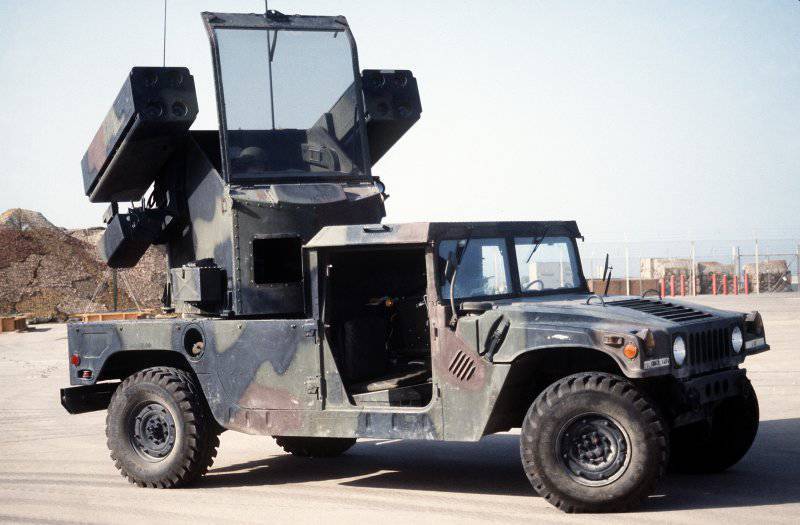 This is a low-altitude air defense system as part of a gyro-stabilized platform mounted on a Hummer vehicle, with a Stinger SAM system in TPK - two packages of four pieces. The complex is equipped with optical and thermal imaging means for detecting and tracking targets, a laser range finder, an identification device from Stinger MANPADS and communications equipment. Maximum range 5.5 kilometers. The height of the lesion is 3.8 kilometers. 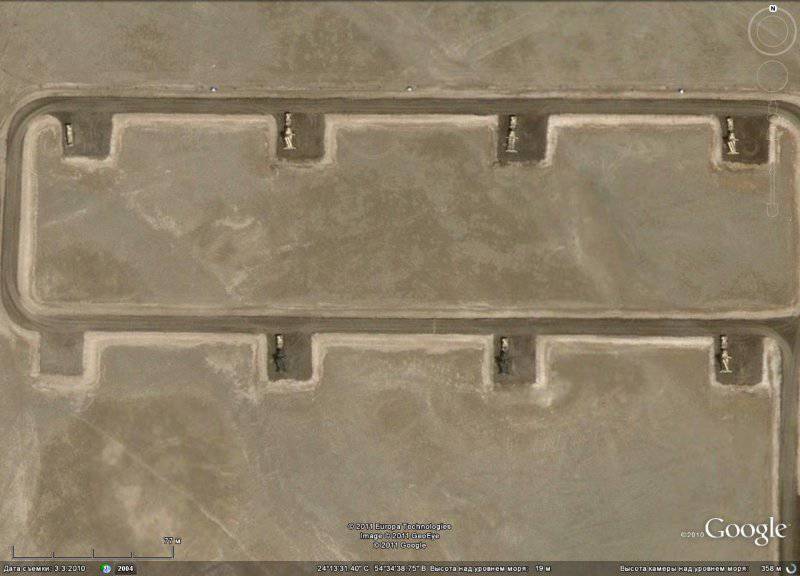 Satellite image of Google Earth: position of the American Patriot air defense system in the UAE

It is worth noting that although there are platforms in the United States for the deployment of the Patriot air defense missile system, these complexes are used only outside the country.

About half of all Patriot complexes are deployed in Europe, South Korea and the Middle East. 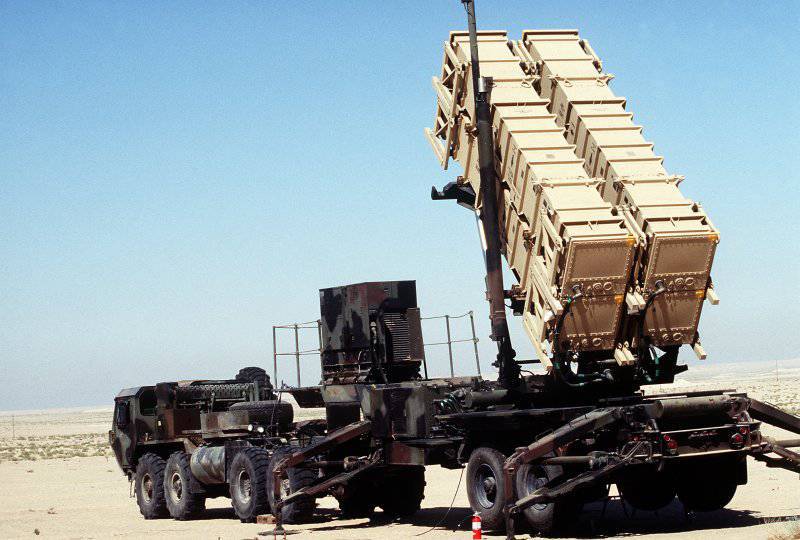 In the United States, almost all of the Patriots are located in places of storage or deployment: Fort Sill bases, Fort Bliss, Fort Hood, Redstone arsenal. They are not used for combat duty on an ongoing basis in the country.

Washington is protected by three launchers of the Norwegian-American NASAMS ADMS, which are located in the shape of a triangle. 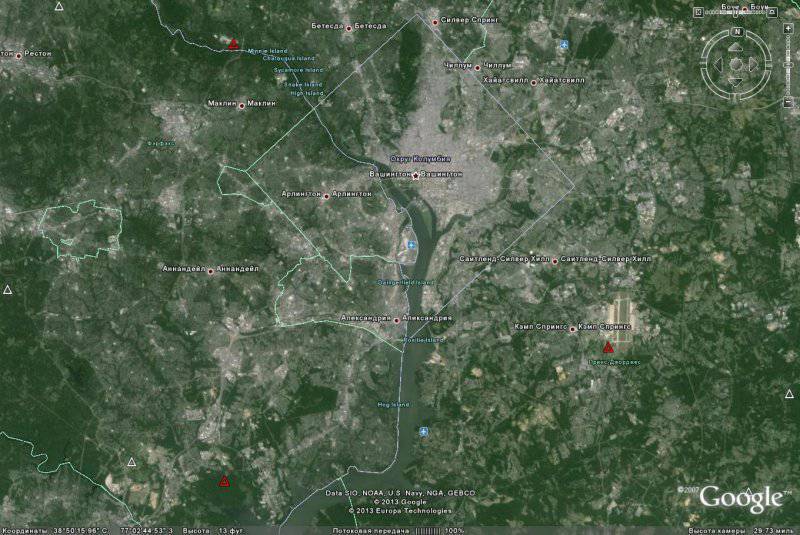 This anti-aircraft complex uses AIM-120 AMRAAM aircraft missiles. Its development from 1989 to 1993 was done by the American Raytheon and the Norwegian Norsk Forsvarteknologia. The complex was created to replace the “Improved Hawk” air defense system. The main purpose is to counter maneuvering aerodynamic targets at medium altitudes. Its range is 2.5-40 kilometers, and the height of the defeat is 0.03-16 kilometers, which allows the intruder to be shot down before he gets close to the White House. 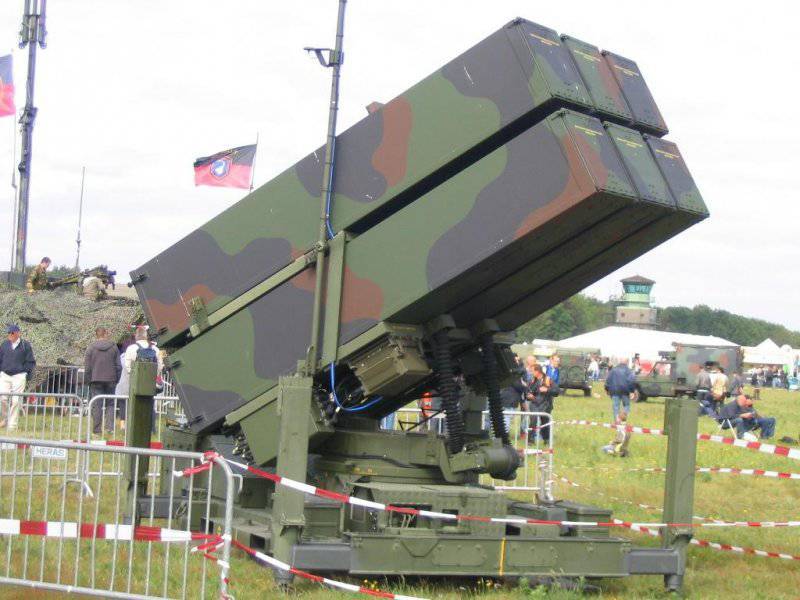 It is quite obvious that by staking on fighter-interceptors, it is impossible to guarantee absolute protection against airborne threats to important targets. Therefore, in the United States are working on the revival of object air defense and the creation of a solid radar field. However, this requires a large material investment.