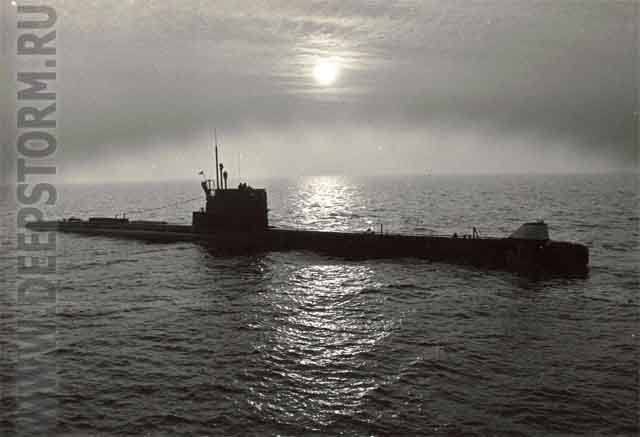 And the summer of 1972 of the year was noted in my memory by participation in ensuring the search for a submarine of the “enemy” by ships of the OVRwater area security) for the prize of the Commander-in-Chief of the Navy. There were several test outputs. Initially, I was given complete freedom of maneuver with the use of interference devices and imitation cartridges, although I had set control points through which I had to pass at certain points in time.

The first two or three exits for the search forces were unsuccessful. As soon as I arbitrarily changed my course, the speed and depth of the dive, the anti-submarine ships immediately lost contact with me and began to indiscriminately throw in different directions. This was noticeable to me by listening to the noise of their screws. And I calmly retreated to the corner of the landfill, and when I surfaced, we were completely in opposite parts of the area.

After three or four such “searches,” I was invited to the headquarters of the OVR brigade in Polyarny. Then commanded the OVR brigade, Rear Admiral Sidorov. I do not remember his initials. The meeting was in his spacious office. Invited were all the ships commanders involved in the search for the prize GC Navy. After a short information about the search procedure and the reminder of its significance in modern conditions, when American nuclear submarines began to appear at the entrance to the Kola Bay, I was handed a tracing paper maneuvering, which I would have to adhere to. 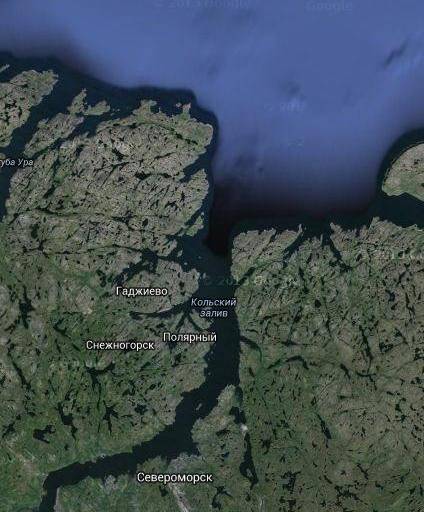 I felt ashamed and sad for our fleet and its leadership, but I did not say anything. However, one of the young commanders of the TFR asked the kombriga the following question:

- And the commander of the American submarine will also have such tracing paper maneuvering?

And then commander Sidorov immediately interrupted the meeting saying:

- Everyone is free, the submarine commander please stay.

After the departure of the ship commanders, he explained something to me how important it is for the brigade to win the prize of the Commander-in-Chief. At the end of the conversation, he reminded me that, they say, "we all eat from the same boiler." This angered me completely, and I left the office without permission, got on the boat and departed to my place in Vidyaevo. There I had again a boring conversation with the squadron chief of staff, the captain of the first rank Samoilov.

The next day was the exit to provide a prize search. By the appointed time, we arrived in the area. OVR ships were already in the area and were waiting for us. Immediately after diving, putting noise devices, and abruptly changing the course, speed and depth of diving, I quickly broke away from anti-submarine ships. But then I had to follow the next control point, where the ships were probably already waiting for me.

When the ships could not find me in the area of ​​the second control point, at a signal from the head of the exercise, they forced me to surface to surface, and I was surrounded by them. This was repeated two or three times. I acted only within the limits of what was permitted and, nevertheless, the ships quickly lost contact with the submarine. But the prize search for the submarine of the “enemy” was still “successfully accomplished,” and the prize of the Civil Code of the Navy Brigade of the OVR of the city of Polar in 1972 was awarded. And for my actions I received only the discontent of my command.

An excerpt from the same book about navigation by the Northern Sea in 1957 g:
When we entered the Bering Strait, American reconnaissance aircraft began flying over us. More often it was anti-submarine aircraft of the "Neptune" type. We were surprised by their insolence and arrogance. They flew close and at low altitude. Sometimes so that their pilots were clearly visible in the cockpits. And they were also surprised by their awareness of us. Two commanders on this day had a birthday. So the American intelligence officer openly congratulated these commanders in our VHF radio network, personally calling them by name and patronymic, and even threw gifts onto the water with a buoy, which, of course, no one picked up.

Ctrl Enter
Noticed oshЫbku Highlight text and press. Ctrl + Enter
We are
Protecting the Pacific Fleet Water District in the Soviet-Japanese WarBismarck Hunt (May 1941)
3 comments
Information
Dear reader, to leave comments on the publication, you must to register.