July 27 2013
90
The war in Syria has exacerbated the already tense ethno-confessional relations in neighboring Iraq. Escape from the famous Abu Ghraib prison of hundreds of jihadists who went to Syria to fight Bashar Assad provoked retaliatory attacks by Shiite militants on Sunni mosques. He also demonstrated the inability of the authorities in Baghdad to ensure security after the withdrawal of American troops. Experts warn: Shiite and Sunni conflicts could lead to the disintegration of Iraq and the emergence of new territorial entities in the Middle East. 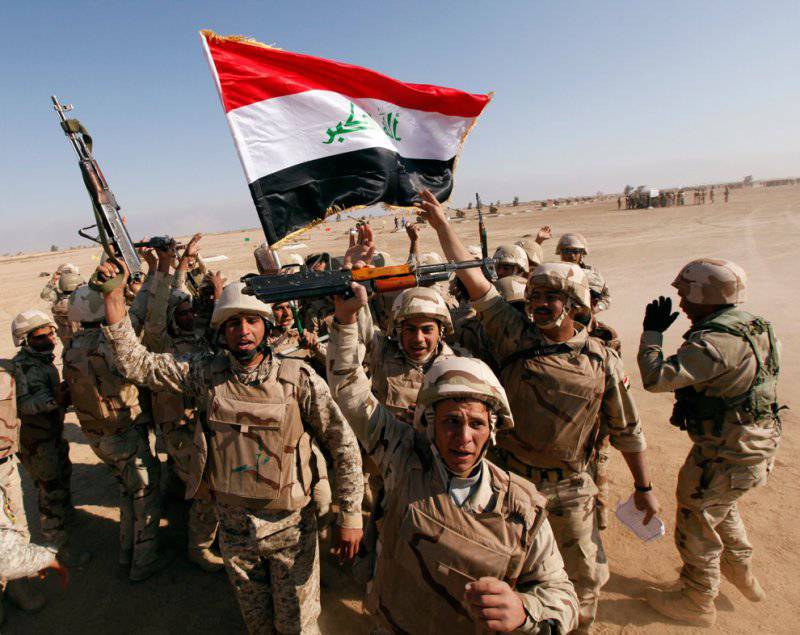 After Sunni terrorists attacked two main Iraqi prisons - the famous Abu Ghraib, which Saddam Hussein used to torture opponents of the regime, and Taji - about a thousand al-Qaeda-related jihadists were released. Among them are sentenced to death warlords captured by the US military.

Responsibility for the storming of prisons was claimed by the terrorist group Islamic State of Iraq and the Levant, which emerged in April on the basis of Al-Qaida, whose units are fighting in Syria. The attack was carefully prepared for several months, suicide bombers and mortars were used to destroy the prison walls. Dozens of prisoners and security personnel were killed and injured. Control of prisons was restored with the help of combat helicopters and the army, but the fugitives could not be caught.

Iraqi Shiites rarely respond to al-Qaida shares. However, this time the answer was an attack on four major Sunni mosques in the vicinity of the cities of Kirkuk and Kut - 12 people were killed and 50 were injured.

These events have shown: after the withdrawal of American troops, the Iraqi authorities are not able to keep the situation in the country under control. In the last month alone, more than 600 people died as a result of terrorist attacks and interfaith clashes.

One of the main reasons for the deterioration of the situation in Iraq is the civil war in neighboring Syria. Iraqi Sunnis support co-religionists who rebelled against Bashar al-Assad, while the Shiites, who now have power and are in Iraq with the majority, sympathize with official Damascus. Hundreds of militants from Islamist groups operating in the Sunni provinces of Iraq are now fighting in Syria on the side of the opposition. They were joined by many prisoners who fled from Abu Ghraib and Taji. They could not even be detained even at the border posts that were hastily set up at the border.

However, part of the Sunni militants remained in Iraq to fight the government. The escalating conflict in the region, especially in the event of Bashar al-Assad’s defeat, could ultimately lead to a “fragmentation of the Iraqi state,” said Jane Kinninnmont, a Middle East expert at the British think tank Chatham House.
“Iraqi militants are involved in the Syrian conflict, making the political situation in Iraq itself explosive,” Kommersant told Kommersant. “Both al Qaeda and the Iraqi Muslim Brotherhood use the situation for their own purposes. Iraqi Prime Minister Shiite Nuri al- Maliki supports Assad - for example, provides transportation of weapons for his army from Iran. "

"In the entire Middle East, in parallel with the fragmentation process, the process of unification is underway. New Sunni formations are being formed," Alexander Ignatenko, director of the Institute of Religion and Politics, explained to Kommersant. According to the expert, this state can include not only the Iraqi "Sunni triangle" (Baghdad-Tikrit-Ramadi), but also Jordan, the Sunni territories of Syria, as well as the northern part of Lebanon (Tripoli and adjacent territories). And Jane Kinninmont warns: the processes taking place now in the Middle East, "are able to completely reshape the entire territorial landscape that has developed after the collapse of the Ottoman Empire."

Ctrl Enter
Noticed oshЫbku Highlight text and press. Ctrl + Enter
We are
From davli - to LIHInterview by President Bashar Al-Assad to the Sunday Times
90 comments
Information
Dear reader, to leave comments on the publication, you must to register.