As you know, Leonardo da Vinci during his lifetime did not receive recognition as an inventor. Of all that this ingenious mind offered, only the wheel lock was used, the mechanism with which the first pistolsappeared a little earlier. It was the invention of Leonardo that gave access to this arms. 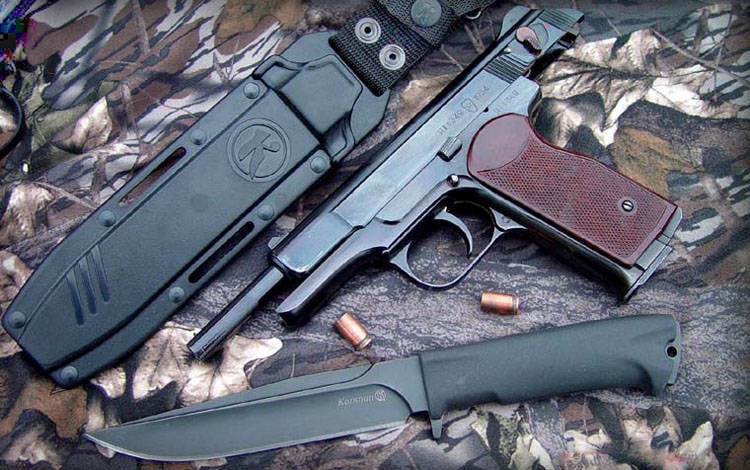 Originally the pistols had a wick lock. Yes, and in form resembled more strange hybrid guns and sabers. Such a weapon was very inconvenient and unreliable precisely because of the wick lock. We didn’t have to speak about accuracy at all - they were used only for shooting point-blank.

The cavalry pistols with a long barrel and a wheel lock that appeared a little later allowed us to conduct aimed shooting from a distance of 30-40 meters, which in those times was a huge achievement. True, the low initial speed of the bullet made this weapon ineffective anyway - the good armor did not even pierce pistols of the time.

The next step in stories The pistol became the invention of the shock-silicon mechanism. He was even more reliable and was not afraid of dirt. But the pistol with such a mechanism was single-shot, therefore numerous attempts were made to increase the rate of fire, so multi-barrel samples appeared, as well as the first revolver, the creation of which dates from the 16 century.

True, the revolvers flourished only in the 19 century; before that, the design of pistols remained mostly single-shot because of the unreliability and inconvenience of multi-charge weapons. Any weapon portal will reveal to you the name of the inventor of the first multiply charged automatic sample - it was the famous Browning, whose systems were role models throughout the 20 century.

Modern automatic pistols are widespread and are in service with both army officers and law enforcement agencies. By the way, it should be said about the term "automatic", since in foreign literature it means a weapon that does not require reloading after a shot, while Russian experts most often use this term for submachine guns capable of firing bursts. A prominent representative of such weapons is the famous Stechkin.