Bulk as a test for lice

July 26 2013
207
You can treat Putin, Sobyanin and the whole United Russia party as you please, but Navalny is not a “fighter against corruption”, not an “oppositionist” or a cosmopolitan “draft ram”. The bulk miracle is a test for lice (cleanliness) of our opposition, the creative intelligentsia and the US State Department. 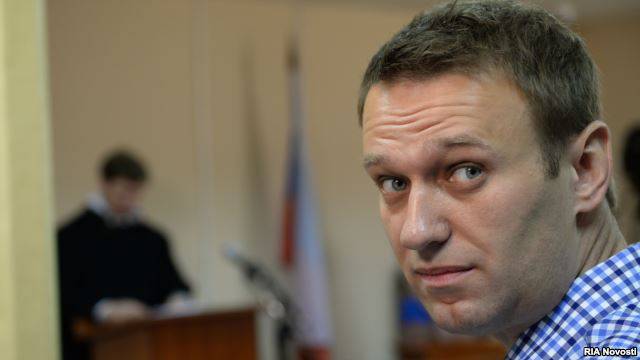 All turned out to be stitched up “I can't do it myself”: a frank boor and demagogue who offered the other day to “feed all political scientists to animals at the zoo”, a liar, “stealing, looking into the eyes of enamored grandmothers” .

This ham, you see, loudly shouted a slogan about the party of "crooks and thieves," in passing, announced the "party of power", so to speak, "the enemy of the people." And all the "honest" rejoiced: how brave! - and began to praise cad!

But the slogan “PZHIV” is a dummy, a foxe's lie: there is no country in the world, and there is no democracy, without corruption / crime, and this is a generic, so to speak, stain of humanity. And the one who promises deliverance from her “by honest means” is one of two things: either a fool or a crook. In the bulk case - the latter, as established by the court. It would seem that yesterday's builders of communism should understand the lies of utopian promises, and they were delighted: in the "holy struggle", as before, "all means are good." Not all means are good! - and soon the rake will remind about it.

In general, Navalny’s tactic is a thief’s tactic on which the hat “burns”: he himself starts shouting: “Hold the thief!” However, he also becomes a convenient target for others in the “burning hat”. For example, it can be used as a trap for fools. What was the tall blond in a black boot, in a detective french film.

Here we come to one supposedly oddity, which political scientists say: why the government actually helps Navalny. It helps him to go through the municipal filter, after the trial he is suddenly released under a “written undertaking not to leave”, which provided an opportunity to participate in the mayoral elections, in general, they take it seriously. This is not entirely true.

Putin “does not see” Navalny at close range, he even “did not see Berezovsky at one time” To “see” Navalny means to Putin to humiliate himself.
But "power in general" Navalny definitely helps. She shoved him into our opposition and the State Department, as they shoved in the detective film High Blonde in a black shoe, posing as a kind of "figure." And the “fighters against the regime” enthusiastically cling to this “foolish figure”, and will remain, of course, fools like in the movie.

Fools, as we know, need to be given the initiative, the rest they will do themselves. And with Navalny, they are very successful in this. He already "piled up" to political scientists, "loving grandmothers", honored Yablovo, and recently - to nationalists and national democrats, when he actually spoke "for the legalization of same-sex marriages in Russia," as the Internet reports.

Thanks to Navalny, the “protest opposition” is turning into a cheap clownery. Limonov for this has already publicly cursed Navalny: "The intelligentsia crowd is screaming" Bulk! ", Like a flock of evangelical demons, who settled in pigs, rushing to the edge." It remains to be seen how many more sane people are left in our opposition.

The more “fighters against the regime” Navalny rolls in the mud, the greater will be the success of the nameless “party of power”. In this sense, Navalny is its invaluable resource, a free opposition annihilator. And September 8 is still far away ...

Ctrl Enter
Noticed oshЫbku Highlight text and press. Ctrl + Enter
We are
Results of the week. “This is an Indian national folk hut -“ FIG YOU ”is called! ..”Results of the week. “Ehhh! This is an Indian national hut! “FIG you” is called! ”
Military Reviewin Yandex News
Military Reviewin Google News
207 comments
Information
Dear reader, to leave comments on the publication, you must sign in.