Does the anti-corruption machine include overdrive? 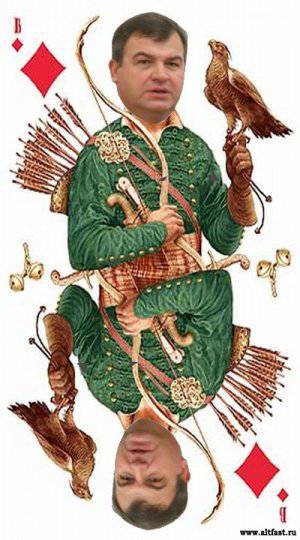 Just last week, a certain circle of Russians (and not only Russians) stood on the ears of the "unjustified" sentence to Alexei Navalny - a sentence that was passed by the Kirov court, and as a result of which Navalny shipped five years to a general regime colony with a petition, no less, prosecutors' bodies are at large).


A few days later, the former governor of Tula region, the Soviet district court of the city of Tula, was convicted in a corruption case. According to the verdict, Vyacheslav Dudka received 9,5 years of a strict regime colony, deprived of the rank of colonel, title of Honorary Citizen of Tula and Novomoskovsk, as well as several state awards at once: medals “For Military Merit”, orders of Honor and “For Merit for the Fatherland” 2 degree. The ex-governor, who, it should be noted, until 2011, was a member of the United Russia party, was fined 900 thousand rubles.

In early July, the mayor of Yaroslavl, Yevgeny Urlashov, was arrested on suspicion of extorting 14-million (in rubles) bribe. Before 2011, Urlashov was also a member of the United Russia party, and after a scandal with a declaration of income, according to which his monthly salary was just over 10 thousand rubles, he moved to Prokhorov's Civic Platform ... Naturally, Urlashov himself called his detention and criminal prosecution by political order, and some Western media managed to write Urlashov to the rank of "the most famous Russian opposition among the officials."

Some time later, ex-Defense Minister Anatoly Serdyukov (still as a witness) was summoned for another interrogation to the Investigative Committee of the Russian Federation, to whom the investigators asked questions about how several buildings on the territory of the Tauride Palace, together with the land at a reduced cost, could get into the hands of a company that turned out to be several months before the purchase historical buildings registered in Cyprus, and even in the name of one of Serdyukov's relatives (the very same Valery Puzikov, whose name has already thundered over the dubious construction in southern Russia).

Information on the registration of the company-buyer for the husband of Anatoly Serdyukov’s sister is presented at once by several Russian publications, including Kommersant.

According to one of the lawyers of the former Minister of Defense, Anatoly Eduardovich answered the questions of the investigators like this: the buildings in the Northern capital were sold to those who were ready to pay money right away. This money was needed by the Ministry of Defense to patch holes in public services. Like, even less than the real value, but right away ... Interesting logic. It turns out that the only office that could pay the Defense Ministry money right away was an office belonging to the same Puzikov. Others throughout the country could not be found ... Not to mention how the historic buildings of St. Petersburg in general could flow into private hands from the hands of the Ministry of Defense, which also turned out to be a very strange way when Anatoly Serdyukov was in charge of the defense department.

Meanwhile, information came from the Investigation Committee that one of the stages of a large-scale financial and economic examination had finally ended. The experts confirmed the fact that the sale of the Defense Ministry’s property through Oboronservis was deliberately carried out at a reduced price. If we take into account that in some cases, front-end firms were buyers of property at low prices, then the fact of a crime is obvious. It would seem that any other evidence is required ...

As they say, thick porridge is brewed. At the same time, some arrests and interrogations cause violent indignation among certain masses, others - complete delight. Some call the Russian court a zombie trial, they also somewhat soften the “statuses” after some concessions from the court, others believe that the court is too soft, and that the embezzlers and bribe takers need to be punished more seriously. It would seem that confusion and excitement, let's say, among the masses are obvious.

But in the wake of such a controversial situation, the Russian authorities could catch a fish in troubled waters, and President Putin first. The authorities themselves are well aware that if the convictions are made exclusively to those who, due to a number of circumstances (and criminal ones), have been opposed to the opposition, the smearing of this very power with excrement will continue from the so-called ultra-liberal flank. If this power somehow cares, then it will try to demonstrate to the citizens that the sentences and detentions are not one-sided and selective. Demonstrates that it is ready to punish for corruption and fraudulent activities not only of the plankton of the opposition sector, but also of large fish, which themselves swam in a quiet backwater of the power protectorate. Let the fish and in the ranks of "ex", but still. So far, at least, this is ... It’s necessary to start somewhere ...

In this regard, the sentencing of Dudka and the increasing activity around the case of Oboronservis and the “witness” Serdyukov could be the first proof that the authorities are going to clean their costume ... After all, if the trend continues that oppositional persons who have committed crimes will be punished of all the severity of the law, and letting “their own” through the crucible, but putting it dry, safe and sound, the rating of the Russian authorities (and the president personally) can reach the historical minimum over the last decade. Then here we should expect a negative towards the head of state not only from ultra-liberals and other opposition politicians, but also from those who really believed in the launch of an anti-corruption and anti-fraud machine in Russia. And those who believed in it are clearly not going to be content with the imminent landing of Navalny or the arrest of Urlashov, because in any case these landings and arrests will be surrounded by other flank as political. It’s another thing if those persons who were at the time in power (following the example of the same Dudka) and therefore had the opportunity to control certain components of the state (regional) budget, would be suspected only at their own discretion. Let us not mention such odious figures for the whole country as Chubais and Co., but take the same Serdyukov’s gills — well, what a precedent it will be!

If the government is ready to demonstrate that it is on guard of the law, and that the law is truly one for all, then this can lead to real consolidation of a fairly differentiated Russian society. It turns out that all the levers are now in the hands of the authorities, not only to add political weight and authority to themselves by legal means, but also to reduce the intensity in society. The levers are simple - strict observance of the law and its careful protection - for everyone and everyone, without tabooing, clan intrigues and taking into account the former merits of anyone if he broke the law. Is it really in the Russian people only in dreams? ..

Ctrl Enter
Noticed oshЫbku Highlight text and press. Ctrl + Enter
We are
The Kirov court changed the verdict to Navalny and Ofitserov from real to a suspended sentence"Dead Hand" by Colonel Gaddafi (photo)
Military Reviewin Yandex News
Military Reviewin Google News
164 comments
Information
Dear reader, to leave comments on the publication, you must to register.