Comrade Putin will go to Iran

July 26 2013
57
According to Kommersant, citing its sources close to the Iranian Foreign Ministry and the Kremlin, Vladimir Putin plans to visit Iran. It will happen on August 12-13. The talks at the talks between Putin and Rouhani will focus on the construction by Russia of new power units of the Bushehr NPP, on the supply of Antey-2500 complexes instead of C-300, and also on the conflict over Iran’s nuclear program. 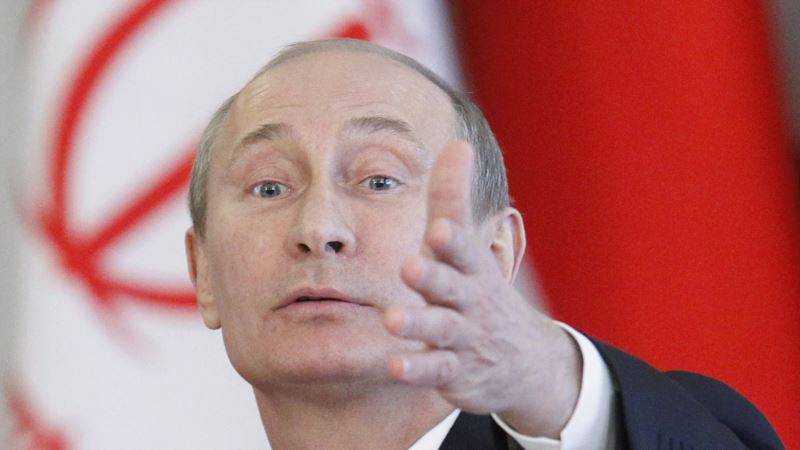 According to others, the president of Russia will visit Iran on August 16. Reports about it RBC with reference to the Iranian news agency "Mehr". True, the Kremlin has not yet confirmed the information about the visit.

As correspondents write "Kommersant" Elena Chernenko, Ivan Safronov and Vladimir Dzaguto, the President of the Russian Federation plans to visit Iran. According to Kommersant sources, the Kremlin hopes to use the coming to power of Hassan Rouhani to move the negotiations on Iran’s nuclear program from a dead center. Bilateral issues will also be discussed: the construction by Russia of new power units of the Bushehr NPP and the supply to Iran of the Antey-2500 complexes instead of C-300.

The trip may take one or two days.

According to the Kommersant interlocutors, one of the key topics of the visit will be the conflict over the Iranian nuclear program. “We need to use the moment - the coming to power of the new president to push the negotiations,” a source told Kommersant in Russian diplomatic circles. “The visit will provide an opportunity to test the new Iranian leadership and understand whether it is ready to move towards greater consideration of the requirements of the world community.” Meanwhile, according to the interlocutor of the newspaper, the situation is complicated by the fact that Ayatollah Khamenei has the final say.

In "Rosatom" correspondent "b" said that the relations of the state corporation with Iran are limited to the completed first block. A Kommersant source in Russian government circles added to this that "Moscow doubts whether Tehran has enough money for new projects."

As for military-technical cooperation, instead of C-300 Russia offered the Antey-2500 complexes. According to Kommersant’s information, the Russian authorities are hoping to convince Iran out of court to withdraw a lawsuit against Rosoboronexport for 4 billion dollars for disrupting the C-300 contract.

The material published in the newspaper "Sight"The analyst notes that the August visit of the Russian president to Iran from a diplomatic point of view is what is called a “landmark event.” This is a direct proposal to postpone disagreement and "restart the relationship." The ones that were spoiled during President Medvedev.

"Yes, and Ahmadinejad with his patsansky vocabulary in general, too, was not ice at all."

The analyst believes that the main motive for the upcoming trip of the Russian president to Iran is the issue of the supply of air defense systems.

Also, the Iranian nuclear program, including the construction of Bushehr, will be central to this meeting.

However, as the analyst writes, “Iran’s nuclear program is a red rag for the West and Israel, and Russia has no special reason to wave it in front of them. Is that for some political concessions from Iran. Or not concessions, but agreement. ”

But “Iran is important Bushehr. From an industrial point of view, it’s very important — the electric power shortage has not gone away: in fact, because of him, he harnessed himself in this difficult, difficult and protracted struggle with the West. ”

From a political point of view, Bushehr is also important for Iran. In the sense that one of the participants of the “six” in the negotiations on the nuclear issue is Russia. Therefore, linking Russia with contracts to Iran is very important.

Comrade Putin’s visit to Iran as a “landmark” is also seen by El Muridu because the Russian leader is coming to Iran for the first time with a visit aimed only at Russian-Iranian relations. History knows two visits of Russian top leaders to Iran: Stalin in the 1943 year (to the conference) and Putin in the 2007 year (to the Caspian summit). It's time to raise the level of relationships, the blogger states.

Evgenia Novikova ("Independent newspaper") notes that the United States and Russia seek to establish positions in the region. If Washington activates the reconciliation of Israel and Palestine, then Moscow chooses Iran with its nuclear issue. Success in resolving the two issues identified will restore the leadership of the Kremlin and the White House in the region.

According to unnamed sources of NG, it is possible that Putin will arrive in Iran by sea, and negotiations will take place in the port of Anzali in the Caspian Sea. In the meantime, they are just preparing an agenda for the visit, which will include international, regional and bilateral topics. As reported by the correspondent. "NG" Iranian sources consider international themes (nuclear program) and regional (starting with the Syrian crisis) to be the most important in Tehran. Among the themes of bilateral relations are the prospects of the NPP project and military-technical cooperation.

Thus, if the trip of the Russian president to Iran takes place, its main questions will be the possible replacement of the C-300 supply with Antey and the Iranian nuclear program.