“Standing at the crossroads is not the best position” 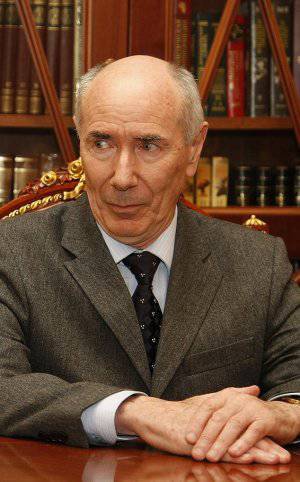 Recently, a meeting of the Intergovernmental Commission on Socio-Economic Cooperation between the Russian Federation and South Ossetia was held in Moscow. According to the results, the Ambassador of the Russian Federation in South Ossetia, ELBRUS KARGIEV, told the Kommersant correspondent ELENA CHERNENKO about the main problems hindering the restoration of the republic.


- What was discussed at the commission meeting?

- The current state of affairs and future work plans were discussed. And if the first topic is everyday - how is financial assistance from our side for supporting the public sector, then decisions on the future of South Ossetia are fateful without exaggeration.

- What did you manage to agree on?

- In recent years, Russia has annually allocated financial assistance to the order of 2,8 billion rubles to ensure the functioning of organizations of the budget sphere of South Ossetia. Following the meeting of presidents Vladimir Putin and Leonid Tibilov in Moscow at the end of last year, the salary of South Ossetian state employees has increased since January of this year and is gradually approaching the level of average earnings of workers in relevant budgetary sectors in the Republic of North Ossetia-Alania. In addition, this year increased financial assistance for the purchase of medicines, automation of the budget process and a number of other activities.

- But South Ossetia, after all, cannot be permanently subsidized by Russia?

- This question is important and relevant. At the meeting of the Intergovernmental Commission, the investment program for 2013 was reviewed and adopted, taking into account the changes and adjustments made. Its essence is the continuation of the implementation of extremely important measures in such areas as road construction, the restoration of engineering infrastructure and the improvement of Tskhinval, to some others.

Further work is to develop a new investment program to promote the social and economic development of South Ossetia for the 2014 – 2016 years. I would like to mention new approaches to its formation. Firstly, it is based on the strategic planning of the development of the economy of South Ossetia for the long and medium term, as well as its individual industries. Secondly - the priority of investment projects of social and infrastructural significance. Careful attention will be paid to the efficient and targeted use of financial resources. In this direction, the Russian authorities are closely interacting with South Ossetian partners.

Based on these principles, an investment program will be formed for 2014 – 2016, which is scheduled for consideration at the IPC meeting in Tskhinval in October.

- Will Russia dictate its conditions to South Ossetia in terms of further infrastructure development?

- No, the Russian side is not going to dictate to the South Ossetian partners what to build and where. Our common task is to jointly develop new approaches to identifying ways and priorities for the economic development of South Ossetia, taking into account the Russian experience.

- The current meeting of the Intergovernmental Commission was the eighth. Has the Russian approach to participation in this body changed in the past?

- Of course, and significantly. Over the past year, the Russian Federation has increased the level of representation in this commission, as well as the significance and scale of the issues under consideration. If earlier the commission’s work was mainly focused on the restoration of buildings and structures damaged as a result of military actions, in other words, on patching up holes, now it is more concerned with the development of the republic’s economy.

- And the approach of South Ossetia?

- The South Ossetian colleagues have a growing understanding of the fact that the republic’s economy must rely not only on external support, but more and more on its own potential.

- What prevents the use of this potential?

- Serious gaps in the legislation of South Ossetia. Today, we and our partners understand that in order for the success of the plans to be made, it is necessary to actually develop anew a number of important regulatory documents.

Only last year, the laws “On the fundamentals of the budget structure and budget process”, “On the budget classification of the Republic of South Ossetia” were adopted, and the relevant amendments were made to the law “On the state budget of the Republic of South Ossetia for 2013 year”; the creation of the treasury of the republic. We are talking about the most important documents aimed at the introduction of modern, civilized principles of the budget device.

In addition, with the practical assistance of the Russian authorities, an order of 70 bills was prepared. But to prepare a bill is just the beginning. A more difficult task is to learn how to obey laws. And this is the main function of the government of South Ossetia. Russian experts are always ready to provide the necessary practical assistance. Already, relevant work is underway to improve the skills of South Ossetian specialists. This is a very important area of ​​our interstate cooperation.

- Besides the gaps in the legal framework there are no problems?

- There is. One of them is the investment attractiveness of South Ossetia. The new leadership managed to ensure political stability, and this is a plus. But among the serious drawbacks is the problem of ownership, including land, the issue of privatization of unprofitable or inactive enterprises, ruined collective and state farms.

The economy of South Ossetia after the collapse of the USSR actually did not work in the conditions of market relations. Standing at a crossroads is not the best position. But to solve these sensitive issues, discussion is needed, public consensus is needed to avoid social upheavals. It is impossible to postpone it for later, because all the investment objects entered should fit into the general market rules of the game.

- 26 August South Ossetia will celebrate the fifth anniversary of the recognition of its independence by the Russian Federation. What has been done over the years?

- Almost all these five years I live in Tskhinval, and therefore what I will say is “eyewitness testimony.”

First, the people live with a sense of complete security from the possibility of a repetition of the August events. And this is after 20 years of continuous firing, the death of loved ones and, finally, the war launched by the Tbilisi regime five years ago. Russia is the guarantor of peace for South Ossetians. Further: thanks to the laying of a gas pipeline, unprecedented in high-altitude conditions, as well as to electrical communications from Russia in Tskhinval, today there is an excess of gas and light resources. Let me remind you that in winter the temperature in the republic drops to minus 15 – 20 degrees. Not only the restoration of social facilities continues, but also their reconstruction, modernization, and new construction. And this topic will be given constant attention.

Finally, one of the traditionally beautiful and attractive southern cities is reviving in a new modern look - the capital of a young independent state. Streets and houses are transformed in front of the inhabitants. And, of course, the contribution of the Russian Federation to the development of a friendly state on our southern borders is appreciated by the people of South Ossetia.