In Britain, the heir was born, but what have the people of Russia 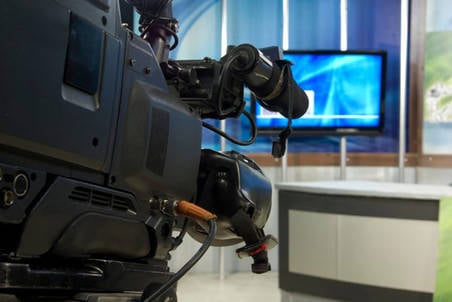 You want - you do not want, but the reality will knock on the door, even if you do not notice it. You can talk for a long time about the sovereignty of Russia and the absolute independence of the media. Until you turn on the TV. Do not listen to the radio and do not open the leading Internet resources.


A couple of days in a row, all filled with one news. In Britain, the next heir to the throne, the great-grandson of Queen Elizabeth, was born.

Just what have the people of Russia?

Nothing shows the general “involvement” of the Russian media in the Western model and the controllability of “from there” than the events in the British royal house. So for the viewers of Russia, DIRECT BROADCASTING of the wedding of one English prince was conducted, now every day all the means of communication were broadcast by the birth of another prince.

What I want to say. Having children is great. I am all for the birth of as many children as possible. In Russia. I am for "Russian billion", do not mind that children were born in other countries.

But I do not want all the Russian media from morning to evening to tell about the birth of the royal family of Great Britain and show the British people dancing and dancing with joy. Let them rejoice. On the screens of English and Scottish television. Maybe even Irish. But not Russian.

They are nobody to us. In our country there is no reason to live someone else's joy. Those citizens of Russia that for democracy and the republic, a priori should be indifferent to the clans in the family of the monarch, and even a foreign country. When a crowned child is born in Belgium or Holland, will you also be telling us days and days with affection, gentlemen journalists? And if in Sweden or Saudi Arabia? You are all equal? Or the British monarchs are the most equal of all?

Those citizens of Russia who feel sympathy for the monarchical method of governing the country also have no particular reason for joy. Because they remember that the refusal of the English king to take over the family of Nikolay Romanov after the revolution was one of the reasons for her death. Although Tsar Nicholas and King George were cousins ​​and were very similar. Their mothers were sisters, Danish princesses.

The sugary, unnecessary and completely unnatural from the point of view of common sense dominance in the information field of Russia news from British monarchs clearly shows us who rules in the world. Russian media are managed from abroad and are included in the information field of the West. We have the same agenda, which is determined in London and Washington for the whole world. The whole world should rejoice if the British prince married. The queen will die - the whole world will be obliged to grieve.

Sovereign media of a fully sovereign country will tell about it. In passing. Under the heading "Other".

I really want to live to see this time - when the news about the birth in the UK will complete the release of Russian news. Seconds 10 is enough.

Today a boy is born in the royal family of Great Britain.
And now about the weather.
Today in Russia ...

Not in the UK.

Ctrl Enter
Noticed oshЫbku Highlight text and press. Ctrl + Enter
We are
What you didn't want to know about England
Military Reviewin Yandex News
Military Reviewin Google News
234 comments
Information
Dear reader, to leave comments on the publication, you must to register.