Without a declaration of war. Pork plague, serous meningitis and other fighters against the Russian manufacturer

July 25 2013
124
A small settlement in the Belgorod region. Early in the morning a green van GAZ-66 appears, resembling a military man. Three of them come out in black coats, long rubber boots, gloves and bluish pharmacy masks at five rubles each. They are directed to the territory of the complex, owned by a local farmer, who has been in the pig business for a little over three years. Business, it should be noted profitable: Belgorod pork is famous in various regions of the country.


The door to the farmer complex is trying to open with his feet, but a reliable bolt does not allow. The gate is also locked. Hearing the furious desire of the "aliens" to enter the farm, a local watchman, a guard, is sent to the address - immediately open the gate and let in the car and personnel of a certain structure to combat the spread of African swine fever on the farm's territory. Following the watchman, Anatoly S., the head of the peasant farm, who was “visited” today, is also coming to the conversation. Those who came to him explained that African swine fever had penetrated into the area, which is spreading rapidly throughout the Black Soil and threatening the health of not only animals, but also ... people. And so that nothing threatens health, you just need to put the pigs to sleep, and then burn them directly on the farm itself, which the detachment is about to start ... They stated for convincingness that in the neighboring area more than three hundred pigs in different farms died from the African plague. 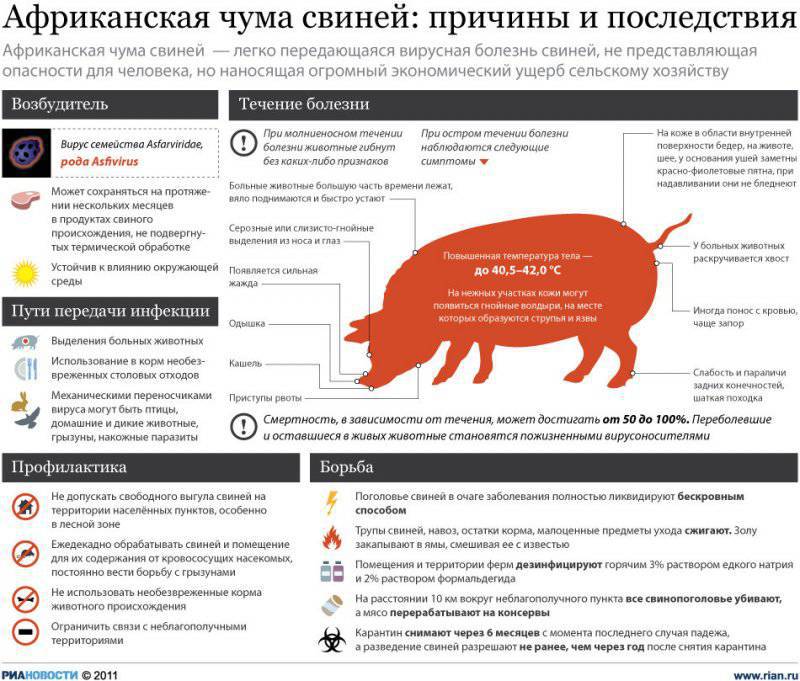 The farmer's words that just last week the regional veterinary inspection came to the farm, which did not reveal the infected animals, did not affect the masked people.

When Anatoly S. asked for documents confirming the fact that African swine fever was rampant in the area, then after an extended pause, he received an amazing answer: we forgot them - you need to watch TV ... Left unsatisfied with that answer, the farmer just called on his mobile, and after a couple of minutes at the gate there were already dozens of people armed with pitchforks, shovels and crowbars. Try to enter private territory - we are not responsible for ourselves.
The “newcomers” were forced to retire, without submitting any documents about what kind of service they represent, and on what basis they intend to destroy the pig population, which gives work to more than thirty residents of the village.


However, this is an isolated case when the confrontation with the “black veterinarians” was won thanks to the efforts of the population. Where more often the pig livestock is simply destroyed, and also without any veterinary examinations and the provision of documents. We arrived, opened the gates of the farmstead, made lethal injections to animals, threw carcasses into a dug pit, doused them with gasoline and set them on fire in front of the owners of dead animals. Result: hundreds of ruined private farmsteads, peasant farms, closing thousands of jobs, loans unpaid by farmers, empty counters on regional markets, which were always full of fresh pork and meat products of domestic production, in which this sort of meat was included.

The question is: on what basis is the destruction of a huge number of animals, which by definition could not have become infected with African plague, since they were transferred to free-keeping with the use of domestic food additives recommended by the veterinary services? There can be two answers: either animals are infected artificially, or wild-scale spread of infection is a myth that is needed to achieve certain goals. What are these goals?

After the so-called kolkhoz markets in the Belgorod, Voronezh, Lipetsk and other regions of Russia, domestic pork completely disappeared, and after domestic meat processing plants were forced to switch to an increase in the percentage of using foreign frozen raw materials, the forces that the African pork plague (or myth about her) in Russia can be very profitable. One of these forces is large foreign suppliers of meat products, the composition of which will not be determined by any veterinary service or chemical laboratory ... Somehow it all sounds very much like the answer to the Ministry of Agriculture to increase the preferences for the domestic agricultural producer.
As soon as the words were said that import duties could be increased for foreign meat products, and the situation with the ban on the import of certain types of meat from the USA, Germany and other countries of the world abated, the African plague suddenly struck Russia. It struck both small owners of pig livestock and large farms that went bankrupt literally overnight.

A man who has become accustomed to buying fresh pork in the market in recent years has suddenly been faced with the need to either revise his diet or give preference to products that contain pork from European, North or South American production. That pork, it turns out, is not plague, but Russian, you understand plague ...
The order for the African plague in Russia could well become one of the tools of those who had long since settled down at the World Trade Organization, and were used to solving emerging issues, let's say, in unconventional ways. One state does not want to come to terms with the price and volumes of supplies - we will think of a way to make it more compliant. Yesterday - bird flu, today - African swine fever, tomorrow, God forgive me, barley caries ... And the main carriers of this infection are not birds or pigs at all, but numerous media ... By reading the headlines of many Russian publications, you can forever repulse desire ever look at pork chop, not what to eat it for. If we summarize the data that the press presented about the “case” of pigs in Russia, here we are talking about millions of individuals ...

At the same time, we learn that literally all Russian regions are affected by children's enterovirus, for the treatment of which several types of drugs are exclusively of foreign manufacture. They say that in Russia they have not reached the mind before creating their own effective medicine against the same serous meningitis. They say, you can, of course, find your own, but they literally lose by several orders of magnitude to European advanced counterparts ... And the medical officials didn’t start talking at once about the fact that children just need to wash their hands more often and eat washed fruits and vegetables. First, foreign drugs ... 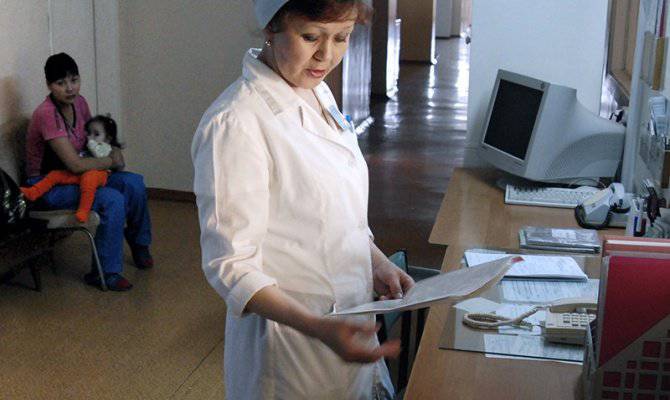 Pig swine fever, children's serous meningitis - seemingly unrelated things. But this is only at first glance. On closer examination, it turns out that the strings lead away across the Russian borders, leading to new revenues from the Russian market for meat and pharmacological products manufacturers.

If we consider that over the past two months, more than 10 countries have complained to Russia through the WTO, which, you see, are concerned about the increase in duties for foreign products from the Russian leadership, do the threads mentioned above also lead to the WTO? .. We have already understood for the time that Russia is in the WTO, the main purpose of this organization is the elimination of competitors and the receipt of new markets for products of certain countries in all possible ways. Therefore, it is time to rename the WTO to some WOLK - the World Organization for the Elimination of Competitors.