The propaganda of Nazism and Russophobia: a review of the game Company of Heroes 2 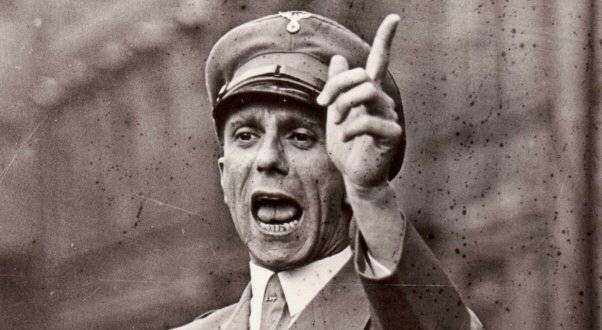 The information war against Russia goes on all fronts, including with the help of computer games. Which are very popular among teenagers and form their understanding of our country and the reasons for the victory in the Great Patriotic War.

An excellent review of the game Company of Heroes 2, where it is shown exactly how they throw mud at Russia and Russian people in the best traditions of Gebels, Gozman and other Russophobes.

The rights to sell the game in the Russian Federation belong to "1-Softlab" (she also translated it into Russian), it is sold here and in all branches of 1-Interest. You can also buy it at the Steam online store.

Here petition to Valve on change.org- to block the game in the Steam online store in the CIS space - sign it (you can comment in Russian). More than 3000 signatures are already typed.

Here are the sites of the game http://companyofheroes2.ru/ http://www.companyofheroes.com/ - it would be great if RosKomSvyazNadzor (or whatever it is) noticed this game and blocked access to them in the territory of the Russian Federation.

On the forums of these sites, residents from the Russian Federation have already simply blocked access to participation (determined by IP address).

The Canadians themselves in the forum threads started by residents from the CIS answered the text below and then blocked the topic:

Thanks for the feedback.
We have depicted the war as it actually happened.
Tactics of the Scorched Earth, i.e. the destruction of usable materials so that the Germans could not use them was the real tactics used by the Soviet Union during the war.
History relationship / history between / common history of Poland and the USSR even more difficult / and without that complicated, and I doubt that at least someone in Poland will consider that they were rescued.
Everyone sees their own story in a very positive light. Russia was an important factor in the victory of the Allies in the war, this can not be denied. Nevertheless, this does not mean that it was an ideal country where nothing bad happened to anyone.

Just do not buy the game - this reaction is characteristic of the passive and ignorant h-ka.

And an active person will put dislike in the official video of playing on YouTube, he will show the correct kamenty on YouTube and sales of this product will FALL IN THE WORLD.

If many sign a petition to 1С, then it will be impossible to buy the game from any 1С distributor in the territory of the Russian Federation!

If many sign a petition to Valve, it will be impossible to buy the game on Steam in the CIS (this is the type of online store, it is very popular). And then NO ONE will be able to buy it in the CIS in the Steam store via the Internet!

If you competently like kamenty on YouTube, then you can bring in the top kament with the correct facts about the war and affect the idea of ​​the game and the Second World War in the eyes of the bourgeoisie.

On sdelanounas.ru constantly talk about the information war against the Russian Federation. Here you have a chance with a couple of clicks to take part in it - make a dislike of the official trailer, rate the correct comments on the official trailer. Watch a video review in Russian and rate it, send a link to it to others. This will bring the review to the top of YouTube, and it will be in all Russian-speaking on the main page of YouTube. Videos to evaluate - it is not necessary to watch the whole! All in all, 1 takes you a minute.

Ctrl Enter
Noticed oshЫbku Highlight text and press. Ctrl + Enter
We are
Information war against RussiaOleg Valetsky about the wars in the Balkans, their causes and Russian volunteers
89 comments
Information
Dear reader, to leave comments on the publication, you must to register.