Oboronservis overstated the cost of disposing of ammunition 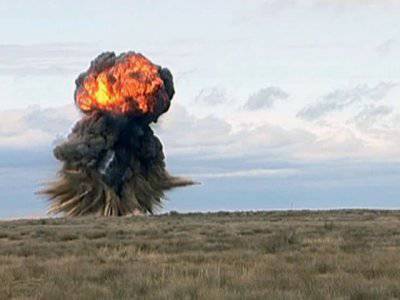 Oboronservis significantly overestimated the cost of disposal of ammunition (for a number of positions - more than 1,5 times), and the rate of utilization itself lags far behind the previously planned standards. This is the conclusion reached by the Accounts Chamber of the Russian Federation on the results of an audit carried out at the request of the first deputy chairman of the State Duma Committee on Industry, Vladimir Gutenev, ITAR-TASS reports.


“For example, under the state contract of the Ministry of Defense of 2011 of the year with the FPP Volga Testing Ground, the price of work on disposing of one cartridge of 5,45-9 mm was 0,47 rubles, and under the state contract with Oboronservis OJSC already 0,71 of the ruble exceeded 51,8 percent. Excess. 86 543 566 21,1 million rubles will be recycled in the amount of 30,3 XNUMX units, and XNUMX million rubles for all items of ammunition disposal specifications, said the parliamentarian.

According to him, the audit also revealed a significant lag in utilization rates. The assignments for the first two years were performed only on the 8,5 percent. But this is an average figure. For some positions, the work has not progressed at all. For example, none of the 599 airplanes and helicopters has been utilized.

Meanwhile, on Wednesday are expected news and in the “Oboronservis case”, related to selling the most liquid funds of the Ministry of Defense at lower prices. The Tverskoy Court of Moscow will announce the sentence to one of the main witnesses of this case, Dmitry Mityaev, accused of property fraud.

According to the investigation, together with the accomplice - the top manager of Legal Center Expert LLC Nikolai Lyubutov - Mityaev, for a reward of 3 million rubles, was taken to provide the third party with the purchase of the building of the Shchelkovo consumer services plant owned by the Ministry of Defense for only 35 million rubles.

Currently Lyubutov fully admitted guilt and concluded a pre-trial agreement with the investigation, he was sentenced to 2,5 year of prison. Mityaev faces up to ten years in prison, but he completely denies his guilt.

The IC of Russia is already investigating a number of criminal cases on the sale of the property of the Russian Ministry of Defense at reduced prices. Pre-damage in this case is estimated at over 4 billion rubles. One of the main defendants in the Oboronservis case is the former head of the mentioned department of the military department Yevgeny Vasilyeva. She is now under house arrest in her 13-room apartment in the center of Moscow. As the investigation emerges all the new facts of fraud. In particular, in 2010, 613 hectares of territory of the Levashsky military training ground in the town of Sertolovo near St. Petersburg were taken out of the competence of the Ministry of Defense. This was done with the permission of Evgenia Vasilyeva. As a result, the state budget was damaged in one billion rubles.

Ctrl Enter
Noticed oshЫbku Highlight text and press. Ctrl + Enter
We are
Completed a surprise check of the troops of the Central Military DistrictThe Accounting Chamber has revealed new frauds in which Oboronservis is involved
16 comments
Information
Dear reader, to leave comments on the publication, you must to register.