Saddam Hussein: “Gorbachev is a crook and a traitor!” 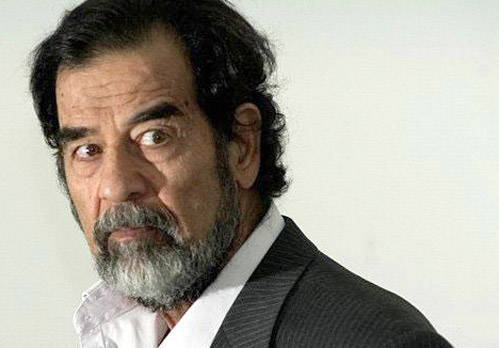 Our age will pass. Open archives
And all that has been hidden so far,

All secret stories twists
Show the world glory and shame.

So wrote the Soviet poet Nikolai Tikhonov. A century has passed, the archives were captured by the Americans. Thank God, not ours - Iraqi, who became the prey of the Yankees in 2003. However, Russia also has this “history twisted”, for the partially declassified documents (full volume - 2300 hours of audio recordings and millions of pages of printed text) show when America for the first time ceased to reckon with our country in the international arena. And also thanks to whom we from “parity partners” have slipped to the level of “singing along”.

... By occupying neighboring Kuwait, the leader of Iraq hardly imagined what the similar demarche would end for him personally. And although Hussein's confrontation with the cowboy little family Bush has been stretched for years, no matter how much the rope is wound, it still turned out to be a noose. But this eternal "if"!

America, which long ago proclaimed the Persian Gulf a zone of its national interests, pursued purely specific goals there, the main of which was control over the largest oil fields. For the USSR, such a “protectorate” was extremely disadvantageous. One of the reasons for the collapse of the Soviet Union called a sharp decline in world prices for black gold. From here - reduction of food import, empty counters, discontent of the population, etc., etc.

Now imagine the next option. After the seizure of Kuwait in Baghdad, they also thought hard about suddenly becoming neighboring Saudi Arabia. The seriousness of Hussein’s intentions was confirmed by a large group of Iraqi soldiers focused on the Kuwaiti-Saudi direction and a whole series of border conflicts. The military potential of Saudi Arabia was much weaker, which is why King Fahd agreed to accept American aid. But while he was thinking, there was plenty of time to attack.

Ah, if Saddam Hussein could have managed to concentrate in his hands such oil wealth as Iraq + Kuwait + Saudi Arabia! Cynical, but very pragmatic for the USSR. Dictate prices in the global black gold market (we were allies with Iraq) would be almost absolute. And it is quite possible that such a turn of events could save our economy and ultimately the state, the disintegration of which even former critics of the Soviet system now call tragedy.

Even if Hussein did not succeed in carrying out his plans in full, the “long-playing” instability in the Persian Gulf zone would automatically keep the oil price level at an acceptable level for us. The Soviet Union still had opportunities, without interfering directly in an armed conflict, to influence the situation with maximum benefit for themselves, at least through a veto on the launched “Storm” in the UN (at that time they were still considered this organization). "There are no friends, no enemies - there are only state interests." For the then leadership of the USSR, the formula seemed extremely rigid. “Peace” with America was preferred to the war in the Persian Gulf.

The Iraqi army began bombing 20 years ago, January 17 1991. In air strikes took part to 1000 (!) Aircraft, first used so-called. Smart, high precision weapon: Americans really did not want to damage the oil fields. And then they were set on fire by the order of Saddam Hussein, who put on a thick black smoke that would close the target enemy pilots. February 24 has launched the “Desert Storm” ground phase. It is also called “television war”, because (also for the first time) the military conflict was broadcast live.

As soon as Hussein was informed about the first battles on the ground, he attacked Mikhail Gorbachev with swearing, writes, based on documents from the captured archives, the newspaper The New York Times. The Iraqi leader can be understood: to the last he hoped for the help of his Soviet colleague. Now it turns out that he simply “threw” him: he promised, but did not.

Earlier, Hussein sent his foreign minister to Moscow, trying to prevent ground fighting at the last moment. Under the influence of Gorbachev, Hussein volunteered to withdraw Iraqi troops from Kuwait on 21 day. A day before February 24, Hussein wrote a letter to Gorbachev in which he categorically said: “The situation is getting worse. Our people and the army are puzzled. We ask ourselves: what is more important - the proposal of the USSR or the threat of Americans? ”In conversations with trusted assistants, Hussein expressed less diplomacy. He called Gorbachev a “fraud”, arguing that he was either not influential enough or simply did not want to stop President Bush. “He deceived us! I knew that he would betray us! ”The Iraqi President emotionally exclaimed.

Combined with declassified transcripts from the presidential library of George W. Bush, the Iraqi archive paints this picture: “Gorbachev was eager to find a solution that would protect Iraq — the former“ client ”of the USSR — and make the USSR an equal partner of the United States in international diplomacy. At the same time, he did not want to risk his relationship with the Bush administration, ”the American edition confesses.

February 23, a few minutes before the X-hour, Bush and Gorbachev talked on the phone. Gorbachev assured: joint actions by the USA and the USSR through the UN will become a model for resolving other crises in the future. “George, let's keep cool,” he literally asked (although he had to demand) he. But Bush said the time is up: if the Iraqis are going to withdraw troops, let them do it in ... the next minutes. Mikhail Sergeevich swallowed a “joke”.

Ctrl Enter
Noticed a mistake Highlight text and press. Ctrl + Enter
We are
"Desert Storm". A quarter of a century ago, Saddam Hussein’s troops left KuwaitGorbachev. colleagues and accomplices. How to sell the USSR
111 comments
Information
Dear reader, to leave comments on the publication, you must to register.