CARTE BLANCHE. Propaganda - on the army 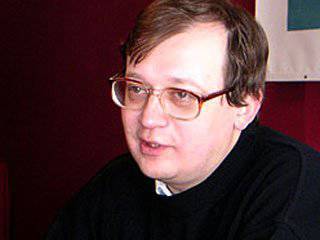 
From the grandiose July teachings of the BBO there will be made a variety of conclusions. I would like to draw attention to one aspect concerning not only these exercises, - the coverage of military construction in the Russian Federation by the domestic media.

Of course, as in almost all other aspects of today's Russian life, extremes dominate. At one extreme here is beautiful soul. If we follow it, everything is either fine or great in the Armed Forces, there is no third option. All the teachings are unprecedented in scale and success achieved, the whole new technique has no analogues.

At the same time, journalists conducting this line demonstrate surprising forgetfulness. And it is possible that this forgetfulness is not simulated, they actually do not remember what they said at least a year ago. For example, at the beginning of this year we were long and enthusiastically told about the largest for the post-Soviet history Navy exercises in the Mediterranean and Black Seas, although in fact the maritime component of the Vostok-2010 exercises two and a half years earlier was much bigger. But who remembers it? Also, unprecedentedly large-scale joint Russian-Chinese naval exercises in the Sea of ​​Japan were announced in early July, although even last year, similar exercises in the Yellow Sea were much larger, and neither did any other comparison with the 2005 maneuvers of the year. . Such chronic forgetfulness greatly devalues ​​the word “unprecedented”, although it is fully applicable to the latest teachings of the BBO, they are unprecedented in scale for the entire post-Soviet period not only for Russia, but for the whole world, no matter how surprising it sounds. We managed to get around even the Chinese, but there is simply no comparison with NATO.

However, it is not very clear, but is there any point in making claims against such media? After all, they are engaged not in information, but in propaganda, and in this direction are very effective. At the same time, in some other domestic media outlets, the exact opposite line was clearly revealed. In accordance with it, in our army and on navy everything is either terrible or monstrous; again, no third is given. It must be admitted that in the pre-Duke’s era, this line of reporting was very close to reality, so the position of the relevant media seemed honest. However, in the past five years, the situation in the army has become much more complicated and less unambiguous. But these media can no longer "change the record."

The earlier fair scourging of the lack of combat training has now been replaced by claims to increasingly numerous maneuvers at levels much higher than the battalion company. It turns out that this is a meaningless waste of money, especially since nobody threatens us (and when there were no exercises, threats, on the contrary, were everywhere). If you forgot to invite the media to the teachings, then the military are trying to hide their failures from us. If the media was invited to the exercises, it means that the military gave a show. And at the same time, of course, all the equipment of the military is old, which is absolutely outrageous.

Proponents of this line of coverage either cannot or do not want to understand that teaching is always good (except for cases when people and equipment are ruined because of poor organization). Even if the exercises ended in failure, this is very good, even wonderful. Because the teachings for that exist to identify deficiencies, and then eliminate them. Otherwise, it will have to be done in the war at the cost of very large blood. And the complaints that the military still show us T-72 and BMP-1 are absolutely absurd. Yes, we have a lot of old and even very old equipment, it is well known even without the teachings. But the new technology can not take in large quantities instantly out of nowhere. The Armed Forces of the country exist to solve the only task - to prevent external aggression. This task can not be solved without conducting exercises. And to master these exercises we need the equipment that we now have. And then she will have to repel aggression. Because the military must proceed from the fact that aggression will happen right tomorrow, even if in reality it will not be 20 years old. Of course, it is better to be healthy and rich, but if we are poor and sick, this means that we should try to get rich and recover, and not wrap up in a sheet and follow to the nearest cemetery.

But the arrival of new equipment to the troops for the same media representatives who complain that it is old - from their point of view, this is also terrible. Because the equipment is very expensive, and no one threatens us, so it would be better to spend this money on social programs and utilities. Moreover, we know this is the production of new equipment: all this “drank the dough”, and there will be no technology. The concept of “drinking money” generally dominates the Russian public consciousness. The fact is that a significant part of representatives of various peaceful professions is doing just that - they are tirelessly sawing loot, in principle, they don’t want or know anything else. And do not allow the thought that somewhere someone might be otherwise. Moreover, they are very upset that someone else is cutting the loot, it would have been better given to them.

As a result, propaganda is obtained here, only with the opposite sign. It is also focused on the requests of the leaders of the relevant media and their audience (readers, viewers, listeners) and no more (sometimes, oddly enough, even less) true than the usual propaganda. The media of both directions specifically select the opinions of experts for their concept, sometimes frankly “twisting their arms”. The author of this article has a reputation for harsh criticism of our military leadership and the situation in the Armed Forces, so during the days of the BBO exercises, representatives of some second-line media very actively tried to beat out harsh and merciless criticism of them. And experienced frank disappointment, not getting what you want. But I can’t help them because, in my opinion, there is no “nothing bad but good” in these teachings, even if they had a lot of BMP-1 and little network centricity. Moreover, the exercises did not show any obvious failures, on the contrary, taking into account the number of personnel and equipment involved and their spatial scope, they should be considered exceptionally successful.

The VBO teachings demonstrated that our Armed Forces are better than their reputation.

Ctrl Enter
Noticed oshЫbku Highlight text and press. Ctrl + Enter
We are
About Stalin and KhrushchevWhat you didn't want to know about England
Military Reviewin Yandex News
Military Reviewin Google News
35 comments
Information
Dear reader, to leave comments on the publication, you must to register.