There are special forces in the transport too ... 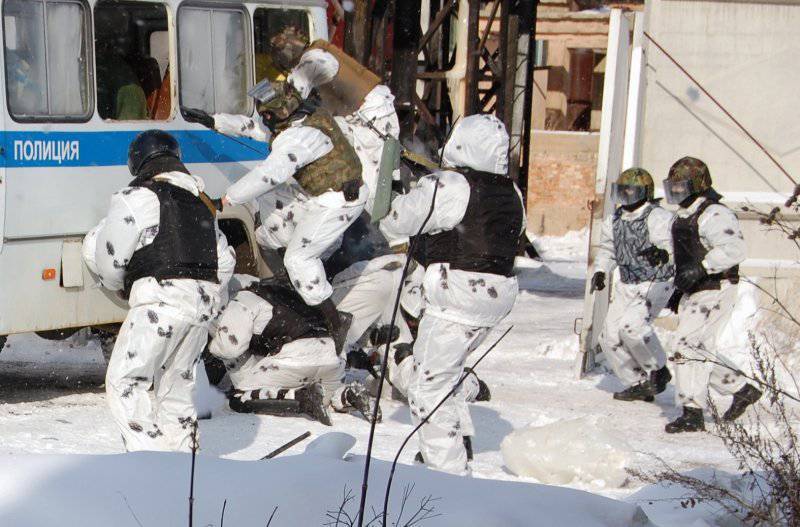 According to statistics, over a million passengers and 60% of all cargoes are transported by Russian railways. It was believed that rail transport is the most reliable and safe form of transport. But the explosions of the Nevsky Express trains that occurred in 2007 and 2009 required the adoption of urgent security measures - travel patrols were formed, a video surveillance system was put into operation. Only for equipping the route from Moscow to St. Petersburg with video cameras was spent 1 billion rubles. But such security measures cannot be taken on all routes of Russian Railways. According to the train traffic safety experts, neither the new organizational structures of the Russian Railways, nor the technical means will be able to fully protect the railway transport from the actions of terrorists.

Every day brings the Sochi Olympics closer and the question of antiterrorist security, including transport, is being posed ever more sharply. The Olympiad will be held in close proximity to the Caucasus region, which greatly increases the possibility of carrying out terrorist acts against the participants and guests of a world-class sporting event.

In addition, over the past decade, the world has been shaken by air attacks. After the American tragedy of September 11, significant security measures were introduced at all airports. Air passengers have become accustomed to inspections, restrictions on the transport of liquids, scanners, strict requirements for hand luggage. In Russia, such measures were introduced in the 2004 year after the bombings of two planes by terrorists. The terrorist attack at Domodedovo airport in 2011 confirmed the fact that the measures taken are not enough to ensure the safety of passengers and the protection of air ports.

The situation with road transport is no better. The use of cars, as the "shell" of explosive devices with such a huge Russian car park, greatly complicates the work to curb the actions of terrorists of any stripes. Of particular concern to law enforcement is urban transport. Even a minor conflict or tragedy with large crowds of people can lead to huge casualties.

You can often hear that some officials believe that they have turned transport hubs into impregnable fortresses. But is it? Passengers patiently queue up to the framework of metal detectors, wait until the airport security checks the luggage and carry-on luggage. But hardly any of them is completely confident in their safety. And now we are talking not so much about the serviceability of equipment, but about protecting people from unexpected actions of terrorists in transport.

Thus, the frequent tragedies in transport forced the country's leadership to take measures to enhance the safety of all modes of transport. So, back in 1988, in the structure of the Ministry of Internal Affairs in transport, mobile units of special purpose were formed. Over the past years, they have established themselves as combat units capable of carrying out any command assignments. Thus, the fighters of the transport special forces are currently involved in operations conducted by anti-terrorist units in the North Caucasus.

The contribution of riot police detachments to law enforcement, prevention and suppression of crimes in freight transport, in the field of passenger traffic is enormous. 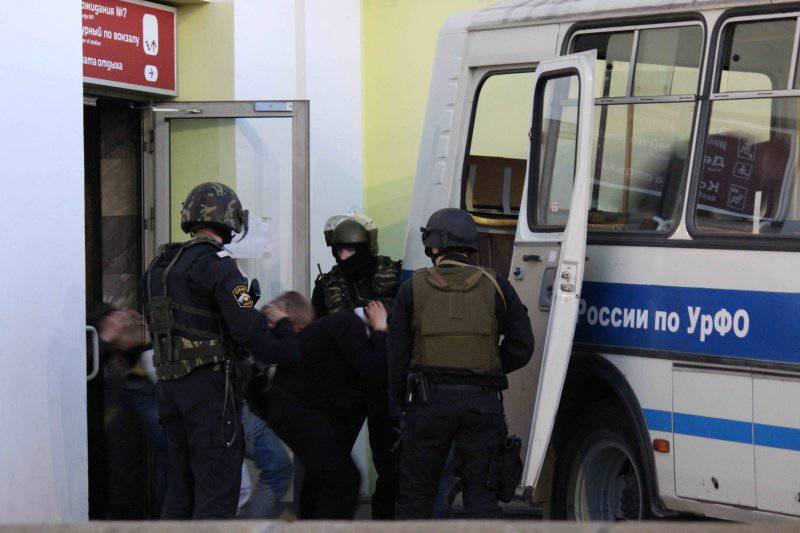 According to its specificity, it is the responsibility of the fighters to conduct military operations aimed at eliminating the threat of terrorist acts on any type of transport. For example, only the Zabaikalye detachment of the transport riot police for 9 months of the past year completed more than 200 tasks, suppressed 20 crimes, about 100 times the technical group of the detachment carried out the task of destroying explosive substances and objects.

In May, 2013, the Far Eastern Transport OMON celebrated its twentieth anniversary. Over the years, the special forces soldiers held more than two thousand special events. Neutralized at least a thousand criminals. More than two thousand kilograms of drugs were seized. Five thousand suburban and passenger trains were accompanied by members of the detachment.

A unit of the transport riot police in the North-West District (NWFD) was created in the spring of 1993. Now about 100 people are serving there. At the first stage of work, the fighters were tasked only with escorting land, air and water vehicles. Then the detachment began to be attracted to ensure security during mass events. The main objects of protection for the transport special forces of the North-West Federal District are currently the entire transport hub of the federal district: railway stations, airports and railway stations. It was the fighters of this unit who took people out of the building of Pulkovo Airport when the message was received about the mining of the building in February 2013.

The units of the transport special forces are armed with modern equipment and weapon. The quality of equipment depends not only on the outcome of each operation, but also on the combat capability of the fighter. The work of the transport special forces requires the presence of special equipment and equipment. Thus, the full protection kit weighs about 24 kg., And the standard version of the special forces equipment when performing a task to capture a criminal in a room includes a weapon (a pistol or / and a submachine gun), overalls, ammunition, a first aid kit, handcuffs, a multifunctional tool, radio station, flashlight, knife, knee pads and elbow pads, goggles, light body armor, gloves, mask and helmet.

In the case of performing a particularly dangerous task, a heavy body armor is used instead of a light bulletproof vest, and a gas mask and a kevlar scarf are included in the kit.

In any situation, the fighters have an additional system of attachment of hacking tools. The hacking tools themselves are attached behind their backs in order to keep the hands of the fighter free during the operation.

It should be noted that operations carried out to capture criminals in a vehicle are complicated by the fact that the vehicle itself already constitutes a threat to the OMON detachment: capture can bring unexpected unpleasant surprises. If the vehicle starts to move unexpectedly, then there is a threat that the special forces' ammunition can catch the protruding parts of the transport details and injure the fighter. Depending on the conditions of operations, the commando uses either a belt holster with belt fastening of spare ammunition, or a hip platform.

Often, the fighters of the transport special forces are involved in combat operations in other regions. As a rule, in this case, the movements take place covertly, using different types of transport. Only after carrying out reconnaissance and reconnaissance and the preparation of a plan of operation, will the fighters begin to equip. All the necessary equipment fighters move themselves. In a huge backpack a fighter puts all the necessary equipment and gear. Each riot policeman also has a special case for carrying firearms. The helmet and body armor also have personalized bag covers. The specifics of the work of a transport special forces soldier requires that each soldier know what equipment is in a colleague. This is necessary so that in the event of an unforeseen critical situation, the fighters know where the additional and assistive hacking tools, ammunition, first-aid kits and other items of equipment are located.

As for other special forces, the basis of the transport special forces is constant combat, physical and operational readiness, skillful integrated use of available forces and means, surprise, conspiracy, quick maneuver and the ability to make the most effective and correct decisions in an unforeseen situation that can achieve the main task for riot policemen - ensuring the safety of civilians.
In one of the poems devoted to riot police on transport there are these words:

".... Traditions have become attached to you
Work, in battles, that on “five.”
And tomorrow they are waiting for you, where anxious:
On transport, riot police! Let's go again!
Save, protect !!! It's complicated,
To go and not turn away from the path.
Stay alive guys!
Homeland sons ... "

Ctrl Enter
Noticed oshЫbku Highlight text and press. Ctrl + Enter
We are
Royal Malaysian Special Forces"Admiral of the Fleet of the Soviet Union Gorshkov" of the 22350 project - transition from St. Petersburg to Kronstadt
Military Reviewin Yandex News
Military Reviewin Google News
3 comments
Information
Dear reader, to leave comments on the publication, you must to register.