Booth-2. Lithuania gives the US a Russian citizen

July 24 2013
140
While on the forefront of friendship between Russia and the United States, the main actor is Edward Snowden, who has fairly annoyed “the great democracy”, new manifestations of this “friendship” can be recorded, oddly enough, in Lithuania. Here the epic unfolds in the style of either “Booth-2” or “Avenge Russia for a shelter for Snowden”. The epic, I must admit, began to unfold in April, when история with a fluent system administrator from the CIA, predicted only by earnest visionaries. 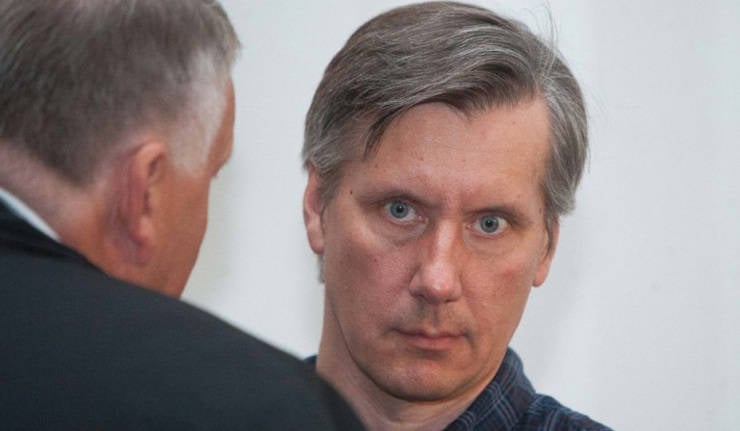 It was in April that 2013 received information that Russian citizen Dmitry Ustinov was accused by the United States of America of smuggling weapons and military equipment. What Ustinov could expect in the USA, especially after the verdict to Viktor Bout, was well understood by Ustinov himself and all those who know the principle of the American system, God forgive me, justice works. It was this understanding that pushed Dmitri Ustinov then urgently say goodbye to the United States and depart closer to the Motherland. At the same time, it was not so important whether Ustinov really participated in the smuggling of weapons and military equipment, or this new tale from the American special services ...

However, for several reasons, Ustinov did not succeed in getting directly to Russia. He turned out to be in one of the most "friendly" states for Russia - in Lithuania. There he was arrested by Lithuanian police. This is one of the versions.

Another version is as follows: Ustinov arrived in Vilnius, the capital city, to meet with the American negotiator, who was to become a “solver” in the matter of acquiring weapons and military equipment for Ustinov. Suddenly for Ustinov, this same negotiator turned out to be an agent of the star-striped special services, and this agent “whispered” to Lithuanian law enforcement officers to tie Ustinov, because he threatens all progressive democratic humanity. And Ustinov really tied ...

The second version looks more plausible for the simple reason that to flee from US justice, hiding in Lithuania, is at least naive. Although, who knows ...

As a result, 47-year-old Ustinov 15 of April of this year turned out to be behind the Lithuanian grid on charges of smuggling high-tech American military equipment. And as soon as Ustinov found himself behind this grid, a distribution list from Big Brother immediately arrived in Vilnius, according to which the Russian citizen had to be extradited to the United States without fail.

For more than two months, the Lithuanian court tried to build from itself a semblance of an unbiased democratic institution, capable of making exclusively independent and independent decisions. But with a little two months had expired, the court had to open its cards, having decided to satisfy the requirement of the prosecutor, who stood on Ustinov's indispensable extradition to the USA. Honestly, no other decision could be expected from the Lithuanian “independent” court.

It is noteworthy that even his lawyer was not present at the announcement of the decision on the extradition of Ustinov to the States. Mr Drasutis Zagryackas stated that he could not be in the courtroom with his client, because at that very time, when the Ustinov case was being decided, he (Zagryackas) had a different case in another court ... However, this lawyer Zagryackas and what is the whole loaded Lithuanian judicial system.

True, immediately after the announcement of the extradition decision, lawyer Ustinova said that the battle was not yet lost, and that he would personally meet with his client in the detention center, coordinate his position with him and file a complaint against the court decision.
Lawyer Zagryatskis:

In my opinion, in his (Ustinov - approx. Author) actions there is no corpus delicti under the Criminal Code of the Republic of Lithuania. It is rather an attempt on smuggling.

Indeed, those samples of high-tech military equipment that any Ustinov sought to smuggle in illegally were never demonstrated. Whether he was going to take weapons away from the USA is an even bigger question. While in the hands of the American special services there are only records of a telephone conversation, conversations via Skype and a set of remittance forms. To put it mildly, it is strange to blame a person for smuggling on the basis of these “evidence” ... But, recalling the story of the arrest and accusation of Viktor Bout, the situation with Dmitry Ustinov does not seem strange.

Here all the marked cards came together again: the presence of insolvent evidence, the detention of a Russian in a third country (a country whose authorities are ready to walk on tiptoe in front of Washington), the decision to extradite to the United States.

Of course, according to Lithuanian law, Ustinov still has time to appeal the court decision (7 days), but, frankly, there’s no hope that the Vilnius court will go against the instructions of the Elder Brother ... Lithuanian lawyer is again busy with other things? ..

By the way, when the lawyer Zagryatskis was asked how he assesses his chances for the court to change his decision, the human rights activist answered: fifty-fifty. Well, even so, although, given the fact who is behind the Vilnius judge, the chances of Zagryackis can be reduced to absolute zero.

If Dmitri Ustinov, taking into account the accusations leveled against him in the United States, will be extradited to these same States, then he faces up to 20 years in prison. Recall that Viktor Bout at one time received from the American impressionable judge 25 years of real life.

Dmitry Ustinov is naturally not going to admit his guilt, and, quite naturally, also disagrees with his extradition. But who will ask him? ..

Apparently, the USA will now try to make a world thriller out of this story, in which they will again show how the Russian “arms dealers” are trying to resist the democratic all-planetary happiness. Make a thriller with the participation of the Russian "criminal" Washington needs, oh, how much. After all, it is necessary somehow to divert the world's attention from Snowden, spoiling the States for all their reputation, which they have been cultivating with their printing press and endless conversations about democracy for decades.

Ctrl Enter
Noticed oshЫbku Highlight text and press. Ctrl + Enter
We are
Edward Snowden as a phenomenon of an empty chairResults of the week. “Lord, why didn't England please him ?!”
Military Reviewin Yandex News
Military Reviewin Google News
140 comments
Information
Dear reader, to leave comments on the publication, you must to register.