Evgeny Pozhidaev: North Korea is returning to its historical position of loyal vassal of China 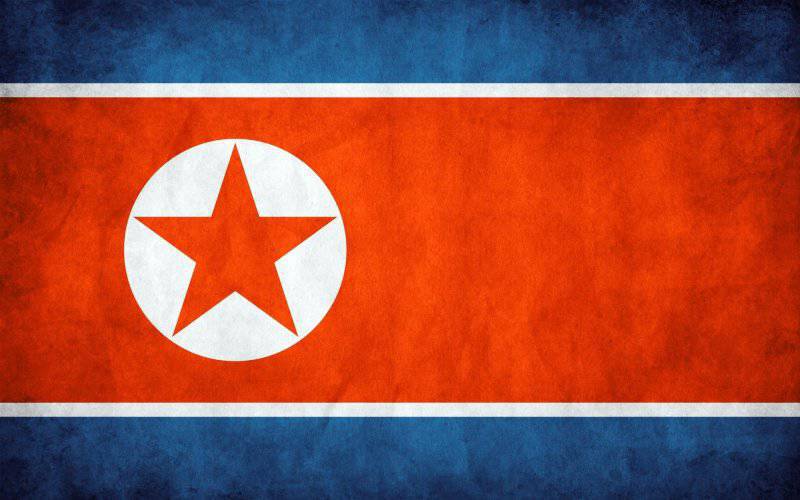 The Chinese web resource www.china.org.cn, citing official statements by representatives of the DPRK, reported on the upcoming reduction of the Korean Peoples Army by 300 thousand people (including 50 thousand officers); This information was later confirmed by the Japanese channel Asahi. Abbreviations should be started at the end of this month.


If the message is true, then we are talking about a huge shift in the balance of power on the Korean Peninsula. It should be taken into account that the data on the number of KPA in 1,19 million are the fruit of the rich South Korean imagination, and the actual number of North Korean armed forces is no more than 750 thousand people. Thus, we are talking about 40% reduction in the number of KPA, which in this variant will be significantly (450 thousand against 560 thousand) inferior to the South Korean army even after its intended reduction. A significant reduction in the officer corps, apparently, indicates a decrease in the organized reserve.

In fact, we are talking about changing the military doctrine formulated as early as 1962 by Kim Il Sung. The so-called "four general lines in the military construction" of the DPRK (enshrined directly in the constitution) have since looked like this: "the general arming of the population"; "turning the whole country into an impregnable fortress"; "training of all military personnel as personnel"; "improvement of defense based on our own strength". In fact, the DPRK borrowed the Maoist concept of popular war "with a very significant participation of the militia, already formed in peacetime from citizens combining work in the" national economy "with intensive military training. In other words, the goal of Maoist military theorists has always been to achieve maximum mass character. this bet on the marginal "massing" of the army logically flowed from the strategic goals of the KPA: the doctrine of the DPRK was traditionally offensive in nature, given that the United States was behind the southerners, the goal was its defeat of the enemy and the prevention of the transition of the war into a protracted phase.

However, the real offensive outbursts of the DPRK evaporated almost immediately after the collapse of the USSR and “Desert Storms”, when almost as numerous as the KPA and much better armed Iraqi army with a huge combat experience literally devoured for five days of ground offensive with insignificant losses of the MNF . Over the past two decades, the situation has only worsened - the Southerners, with their more than twenty-billion-dollar military budget, are becoming more and more powerful, the weapons of the KPA are becoming more and more obsolete physically and morally. In general, it is obvious that the KPA is currently not capable of an effective invasion of the South, and passive defense is the limit of its potential.

An attempt to restore an acceptable balance of power within the framework of the Songun concept ("army first of all"), which is, in fact, an extreme case of a "Maoist" approach to the issue, in the 1990s essentially failed - inflating KPA numbers to a peak of 900 thousand with the population of about 25 million did not increase the DPRK military potential too much, but played a very significant role in the actual collapse that befell the North Korean economy in that decade. As a result, as early as 2003, reductions began (in a remarkable way affecting tank and artillery units, which may indicate poor technical condition), the service life was reduced. As a result, as was noted above, the current number of North Korean armed forces is 750 thousand people.

Now we are seeing a second wave of cuts. At the same time earlier, 31 of March 2013 of the Year was declared to the plenum of the Central Committee of the Workers' Party of Korea "a strategic course for the parallel development of economic construction and the construction of nuclear forces." His goal, according to an official statement, "by strengthening self-defense nuclear forces to increase the country's defense capability and direct more efforts to economic construction to build a powerful socialist state" and "significantly increase the effectiveness of military deterrence and defense forces without an additional increase in military spending and, thus, concentrate resources on economic construction and improving the welfare of the population. " Earlier, North Korean Vice-Marshal Choi Ren He, who met with Chinese President Xi Jinping, transmitted a request for recognition of the DPRK as a nuclear power.

In other words, the North Korean elite de facto refused to compete with the Southerners in the field of conventional forces, relying on nuclear deterrence (the nuclear forces are scheduled to increase and further - shortly before the plenum, work of several nuclear facilities was suspended, suspended in 2007). The addition to it will be a relatively compact, and, obviously, a purely “defensive” army (it is noteworthy that in May the DPRK offered the South a formal peace treaty instead of an armistice).

Although this concept is described in official propaganda as a continuation of the songun course, and is “consecrated” by the names of Kim Il Sung and Kim Cher Il, it is actually a radical paradigm shift — indeed, it was originally planned. So, back in 2003, the North Korean media made a remarkable statement: "we are not trying to blackmail anyone with nuclear weapons. weapons. Our country wants to reduce conventional types of armaments and direct the released human and financial resources to the development of the economy and the improvement of the living standards of citizens. "

At the same time, the turn in the policy of the DPRK is not limited to the military sphere. Simultaneously with the proclamation of a new course in the field of defense, Pak Pont Zhu, who already held this post from 2003 to 2007 years, was appointed prime minister and displaced, after a series of conflicts with the Conservatives, for "trying to bring too much capitalist into the economy" (granting more independence to enterprises, limiting the scope of the card system, developing joint projects with the South). His task will obviously be to conduct the next round of reforms. So, as early as July 2012, the DPRK government announced the "June 28 policy", which has already begun to be implemented.

Industrial enterprises received more opportunities for self-disposal of earned funds (setting wages and incentives). The same rights were granted to collective farms, in addition to being able to independently manage the crop surplus. It has become possible to create farms from 1-2 families. Shops were able to manage 70% revenue. Of course, there can be no talk of a complete dismantling of the planned economy in the foreseeable future, but the DPRK’s desire to move along the Chinese path is obvious.

The reasons that stimulate this are both opportunistic and long-term. On the one hand, in the DPRK, after Kim Jong-un came to power, the intraelite balance of forces shifted noticeably. Now the country is actually ruled by a triumvirate of the formal leader, the head of the organizational department of the Central Committee, Chan Son Taek and his wife, Kim Gen Hee (sister of Kim Jong Il). At the same time, Pak Pont Joo is a longtime ally of Chan Song Taek. On the contrary, the North Korean military leadership of the gray cardinal of North Korean politics has long been hostile, despite the recent rank of general. It is assumed that the command of the army was involved in the exclusion of Chan Song Thaek from the party in 2004. The coming to power of the triumvirate was accompanied by repression against the military elite - then disappeared without a trace (apparently, was killed), in particular, the Chief of the General Staff and the third member of the "Regency Council" Marshal Lee Young-ho. In other words, the actual leadership of the DPRK has extremely dubious relations with its own army and an impressive array of reasons to seek its easing.

Long-term incentives, in turn, are more than significant. Although the 1990s with their massive famines are in the past, the economy of the North is still in a deplorable situation. Thus, per capita energy consumption, which is an important indicator of the level of economic development, in 2008 was 819 kilowatt-hours compared to 919 in 1971 and 1247 in peak 1990 (the lowest point is 2000 of the year, 712 kW / h) and did not have a steady upward trend. Food shortages persist. Because of the mountainous terrain, arable land makes up only 16% of the territory; only 0,12 per hectare of cultivated land per capita is consumed. To lead on such a limited area of ​​inefficient agriculture means to doom the population to permanent malnutrition, which is what happens in reality. Neither a sufficiently efficient agriculture, nor energy development is impossible without imports - fuel, fertilizers, etc. However, North Korea’s trade balance is persistently negative — in 2011, imports exceeded exports by 30% (4,8 and 3,7 billion, respectively). This situation is already threatening political stability - for example, 2011 was noted at once by several mass demonstrations of the local population.

In other words, Pyongyang does not have much choice. At the same time, nuclear tests and the atomic project as a whole are by no means a manifestation of insane aggressiveness and frantic militarism, as well as a means of international racketeering. Nuclear weapons for the DPRK are only a way to guarantee their own safety and free up resources for economic reanimation, and a nuclear program is also a way to solve the energy problem that is really critical for the economy of the North. It is also necessary to take into account the extreme hypocrisy of the position of the South and the USA. The states were the first to place nuclear weapons on the Korean Peninsula, and the three northerners' proposals for turning them into a nuclear-free zone, sounded in 1980's, were rejected by Washington and Seoul. In 1990, American promises to build two nuclear reactors in the DPRK, which are not suitable for producing "combat" fissile materials, remained promises. In general, the northerners took the path of becoming a "official" nuclear state only after having exhausted the possibilities for a compromise.

In the long run, a new course can really bring the DPRK an increase in living standards - there are not so many “reserves” of super-cheap and, at the same time, quite skilled labor in the world. In this case, the pay, obviously, will be increased dependence on China. As shown above, Pyongyang cannot build an economy that is closed and successful at the same time, and trends towards greater integration with the outside world are already visible - from 1999 to 2011, DPRK exports grew 6 times, imports 4 times. At the same time, China accounts for 60% of exports and 81% of imports. She will inevitably act as a key investor. In general, the absorption of a small North Korean economy by the Chinese colossus is more than likely. Increased economic dependence will inevitably entail a more dense political integration. In a sense, North Korea is returning to its historical Beijing's loyal vassal position.

Ctrl Enter
Noticed oshЫbku Highlight text and press. Ctrl + Enter
We are
North Korean army built on the principles of "Juche" and "Songun"Morning freshness with a nuclear flavor
Military Reviewin Yandex News
Military Reviewin Google News
16 comments
Information
Dear reader, to leave comments on the publication, you must to register.