Islamophobia - a history of the disease


25 June in Pyatigorsk, a conference devoted to countering the spread of the ideology of terrorism in the North Caucasus. The report “The main ideological attitudes of religious extremist organizations operating in the North Caucasus region. Formation of informational content for the de-radicalization of youth ”.

In the North-West Federal District, for several years now, a fairly high level of terrorist threats has been maintained. The bandit groups, despite the measures of forceful influence on the part of the special services and the forces of law and order, still retain the ability to restore their numerical potential and infrastructure. One of the reasons for this is the presence in the region of an abusive base, represented primarily by young people between the ages of 17 and 30, who have fallen under the influence of the ideology of religious-political extremism.

Our state, like the whole world, has been trying for many years to find effective measures to counter terrorism, which hides its true face under the guise of religious or political ideologies. 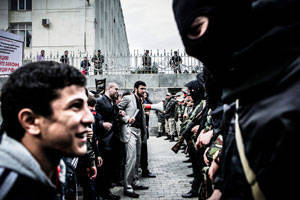 Among the main reasons for the radicalization and involvement of youth in terrorist organizations are the growing spread of the ideas of religious-political extremism and Wahhabism, which are at the core of Al-Qaida’s activities and all its cells, including the Emirate of the Caucasus.

After the collapse of the Soviet Union, the process of religious revival began in the country. These conditions were considered favorable by certain representatives of foreign Muslim countries - supporters of Wahhabism.

Many religious education centers, where representatives of the Muslim clergy were trained in Soviet times, found themselves abroad. Muslims of the North Caucasus had to build their own system of religious education. This process inevitably faced a shortage of personnel and a lack of religious educational literature, based on the principles of traditional Islam in Russia. These shortcomings began to be reimbursed by foreign “benefactors” who offered cadres, literature, and much more.

The assistance to the Muslim countries was rendered and continues to be rendered by the special services of a number of western states in order to shatter the situation in Russia.

As a result, in the middle and higher Muslim educational institutions that appeared on the territory of the North Caucasus at the end of the last century, both the teaching staff and textbooks were often of Arabic origin. Thus, the ideology of Wahhabism was introduced among young people.

Since the end of the 20th century, the spread of this trend throughout the world has become an important component of the foreign policy strategy of Saudi Arabia. At least six thousand Arabian charitable foundations distributed in various countries of the world, including Russia, Wahhabi literature and sent preachers to local Muslims. Similar literature was disseminated through Russian pilgrims who visited Saudi Arabia during the Hajj. In one of these brochures, published in Russian, it was recommended no more, no less - “to kill Muslims who do not attend the Friday prayer”. By the way, Christianity in Saudi Arabia is prohibited, and its confession is punishable by death. 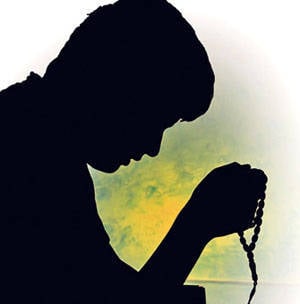 Not one thousand Russian citizens studied at foreign “Islamic universities”. Upon returning to Russia, they created various institutes and funds specializing in Wahhabi propaganda. Their representatives published newspapers, appeared on radio and television, and the most active managed to register their own media, including television.

In the course of the spread of Wahhabism in Russia, the differences between historically formed Islam, which became known as “traditional”, and Wahhabism itself, were sharply manifested. The latter began to eat away traditional Islam.

Some young people who were not properly educated in traditional religious or non-religious families were interested in Wahhabism. Someone was attracted by the maximalist monotheism of the Wahhabis, someone by the proclaimed simplicity and purity of morals in the context of the moral decay of the surrounding society. Many Muslims paid attention to the simplicity and cheapness of rites in Wahhabi organizations. For others, the solidarity of the Wahhabi Jamaats became an alternative to nepotism and corruption.

Wahhabism, in turn, is characterized by a programmatic rejection of the freedom of conscience. In its ideology laid religious intolerance, the preaching of religious hatred, a call for the violent eradication of all non-Wahhabi systems and ideas.

Wahhabism proclaims the inferiority of citizens on the basis of their attitude to religion. Christians who worship icons, according to the Wahhabi ulama, are among the worst creatures before Allah. For non-Muslims, discrimination on religious grounds is proclaimed. “We should not trust them even the lowest leadership positions. The doors of all media and communications must be closed in front of them so that they do not spread their poison among Muslims, ”we read in the book Al-Almaniyah (secular lifestyle) and its disgusting consequences.

Is Russia an Enemy of Islam?

Wahhabism spreads appeals aimed at inciting religious hatred, accompanied by the use of violence or threats of its use. “Jihad is necessary in the name of Allah. We must declare war on everyone who fights against Allah and His Messenger so that all paganism and all religion would disappear belong to Allah. ” Moreover, by "paganism" is meant any, not necessarily religious, non-Wahhabi system of ideas and actions. According to the Wahhabi ulama, apostasy should be punished with death - the transition from Islam to another religion. “Kill someone who changes his religion,” says one of the Wahhabi books.

We can formulate the main theses that are put forward by the ideologists of terrorism and religious and political extremism, including representatives of the "Emirate of the Caucasus" in the North Caucasus:

Ctrl Enter
Noticed oshЫbku Highlight text and press. Ctrl + Enter
We are
Military reform as an integral part of the security concept of the Russian Federation: Systematic dynamic assessmentDenis Davydov: In the struggle for Internet sovereignty, Russia won
Military Reviewin Yandex News
Military Reviewin Google News
50 comments
Information
Dear reader, to leave comments on the publication, you must to register.