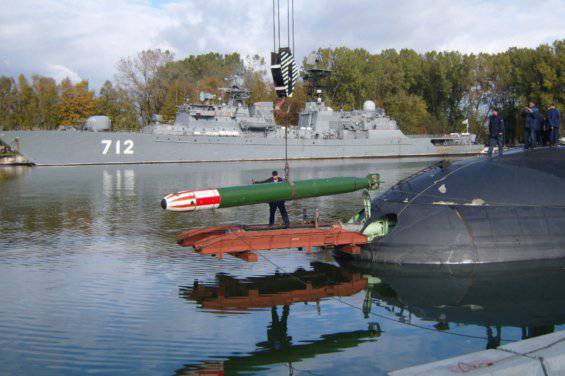 In 2000, a thermal practical hydrogen peroxide torpedo 65-76 PV exploded on the Kursk. The experts concluded that in the aggregate of the causes of the death of the boat and the crew there was a depressurization (micro leakage) of the torpedo's oxidizer tank. And a year after the death of Kursk - in August of 2001, a curious document will appear: "A temporary instruction on the procedure for re-certification of a torpedo weapons».


... The latest batches of new torpedoes entered the fleet back in Soviet times, in 1989 year. The service life of torpedo weapons - 20 years. And by 2000, the problem of repair was acute. The temporary instruction sanctioned “minimalist” repairs by the naval arsenals and a direct violation of the requirements of regulatory documents defining the procedure for extending the service life of sea underwater weapons (MPO). It was assumed that the instruction will last a couple of years until they develop a state program to restore the IGO resource.
... "Temporary instructions" extended over the long 11 years. By that time, the technical suitability of all types of MPO, which is in service with the Russian Navy, had finally expired.