How to steal Russian platinum 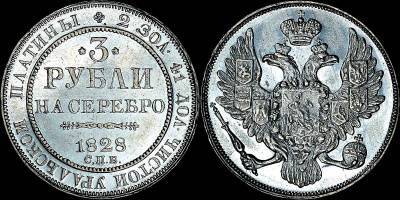 History Platinum begins with 1737, when the Spanish astronomer Antonio de Ulloa brought grain from South America of an unknown metal, extracted from river sands and similar to silver (silver in Spanish - fee). But there were no large platinum deposits in the world.


In 1813, on one of the tributaries of the Ural Iset River, where poor gold-bearing quartz veins were being developed, a young girl, Katya Bogdanova, found a large nugget of platinum and brought it to clerk Poluzadova. The greedy clerk assigned a nugget, and Katya carved it so that she would be silent about the find. But the truth triumphed - and the site owner Kornet Yakovlev, in turn, hewed Poluzadov, took a nugget and decided that he accidentally fell out of the gold-bearing veins.

When in the 1814 a mountain steiner Lev Brusnitsyn discovered the richest gold placers in the Urals, it quickly became clear that platinum was accumulating in them along with gold, and the Urals miners initially used it instead of a lead shot. A dozen years later, rich platinum placers were found, where mining amounted to hundreds of kilograms per year. But what to do with platinum? Who needs it in such quantity? And then Finance Minister Yegor Kankrin came up with a brilliant decision: in 1827, he proposed to replenish the empty Russian treasury ravaged by the war with Napoleon, to start minting platinum coins because this rare and expensive noble metal is no worse than silver and gold.

Russia at that time was on the verge of bankruptcy: there was a catastrophic shortage of silver and gold, depreciated paper banknotes went around the country, and the 25 cop was given for a paper ruble. silver. In addition, Napoleon flooded Russia with fake banknotes, which he printed in deep secrecy before the start of the war 1812. to undermine the Russian economy. Nicholas I did not immediately decide on such an innovation and demanded "the conclusion of competent persons on this issue." Kankrin turned to the German naturalist Alexander Humboldt. He entered into correspondence with him on behalf of the Russian government, sent him trial platinum coins, invited him to go to the Urals, but the main thing Kankrin wanted was to approve the ratio of the price of platinum to silver, like 5: 1.

Sly Kankrin achieved what he wanted: the opinion of the famous scientist had an effect on Nicholas I and in 1828 in St. Petersburg the first platinum coins in the world — three ruble gold coins — were minted. The first gold coin weighing 10,35 grams, Kankrin sent to Humboldt; after the death of Humboldt, this coin was bought by Alexander II and returned to Russia in 1859. She is now on display in the Hermitage coin collection.

From the end of 1829, platinum six and twelve rubles were minted in Russia, they were called “white semi-imperials” and imperials. The population believed in a platinum coin, and the extraction of the precious metal in the Urals reached 2 tons per season — once more at 20 than in Colombia. 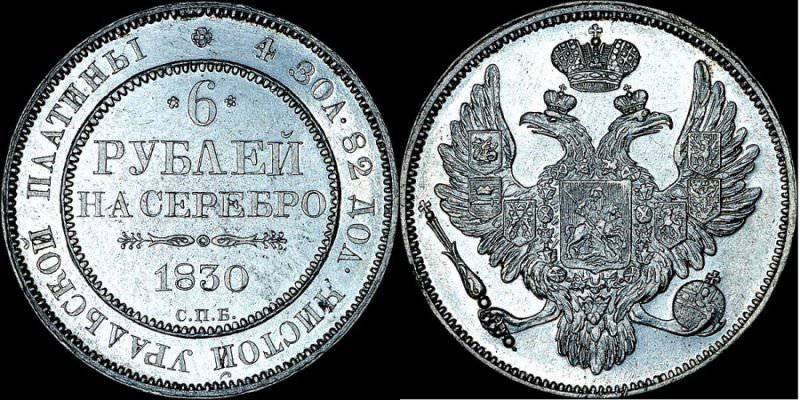 Of course, the success of this monetary reform was directly related to the fact that platinum cost the treasury much cheaper than gold. The placers were very rich, the Urals workers and factory serfs were paid pennies ... The cost of platinum was very low. But from the owners of the mines of the Demidovs and Shuvalovs, the treasury nevertheless collected a rather high “mining tax” for the processing of metal. With this tax, which the owners of the fields did not want to pay, the beginnings of the “platinum tragedy” of Russia begin.

The guardian of the juvenile Demidov, Prince Volkonsky, in agreement with platinum buyers from the English company Johnson, Matthey and Co., began to argue that Russia should not process the platinum ore itself, but rather sell the raw platinum abroad. At the same time, surrounded by the tsar, they began to actively spread rumors that fake platinum coins were allegedly made abroad and imported into Russia. In addition, in 1844, Mr. Kankrin resigned.

The new Minister of Finance F. Vronchenko, who received the nickname "Vranchenko", quickly found a common language with the British and with Prince Volkonsky. There is reason to think that Vronchenko was bribed. He presented a report to Nicholas I, stating that “a platinum coin does not correspond to the general principles of our monetary system and there are malicious people who will start to forge it ...”. The opinion is, at least, strange: no country will suffer if they begin to import high-grade (but formally fake) gold or silver coins into it!

Nevertheless, in 1845, Nikolai I signed a decree on the exchange of platinum money. A total of 1828 to 1845 was a platinum coin minted for 4.252.843 rubles. Coins returned to the treasury for 3.264.292 rubles; a million remained among the population, who were very reluctant to part with platinum money. No fake coins were found; this is natural, since Russia was a complete monopolist in the extraction and processing of this noble metal. Later, when the price of platinum significantly exceeded the price of gold, platinum Russian coins gained immense value and became an ornament to any collection.

A gullible king and a corrupt official - this “bundle” was the source of Russia's eternal ills. The decree of Nicholas I led to the complete cessation of platinum mining in the Urals and the loss of its processing technology. And then, according to a predetermined plan, the company Johnson, Matthew and Co. took on the role of “the savior of Russian entrepreneurs from ruin,” concluding contracts with them that were extremely profitable for themselves. Outstanding physicist Russian academic B.S. Jacobi strongly opposed the “reforms” of the government. He called the reformers "worms and reptiles, now blissful in his cheese dwelling." The Special Commission supported Jacobi’s proposal to restore the platinum coin, as it would "encourage the decaying platinum industry and support the paper ruble." But corruption has already eroded the Russian bureaucracy.

In 1862, Mr .. Alexander II issued a decree on the resumption of the release of platinum coins in denominations in 3 and 6 rubles. But it was not at all profitable for the British, and the secret forces continued their subversive work. The decree was, but the officials did not execute it. Two years later, the corrupt minister ordered to “suspend” the minting of platinum coins, although he knew perfectly well that they were not minted at all. Practically all the world reserves of platinum in the form of coins, ingots and ore concentrate "Vranchenko" were stored in the treasury as a useless cargo. For whom?

Soon the main interested person also appeared: they, of course, turned out to be the English company "Johnson, the Mats and K0". She bought all these huge treasures from the royal treasury on the cheap - about 35 tons of platinum! The greatest scam - the theft of all the platinum of Russia - was successful !!! Major Russian Platinum Specialist N.K. Vysotsky wrote in 1923 g.: “It’s a paradox that England, without extracting a single platinum spool, received a commercial monopoly in this industry, allowing it to set arbitrary prices.” (Just like now the monopoly of the former Soviet Baltic republics on the export of non-ferrous metals, deposits of which have never happened there!) Indeed, the monopolist company inflated the price of platinum so much that it cost 3-4 times more than gold!

For tsarist Russia, the result was deplorable: Johnson, Mattei and K0 became the true owner of the Urals platinum. She concluded with the owners of the mines - Shuvalov, Demidov, Pereyaslavtsevym contracts, in which the price was set forward for 5 years, excluding market conditions. As a result, in 1870, for the platinum spool (4,25 g), the earner in the Urals received from 10 kopecks, an intermediary in Moscow 40 kopecks, and the company sold it in Paris for 1 ruble 20 kopecks ... Before 1917, the English owned the entire Russian platinum.

In the troubled post-revolutionary time, the darkness of predators clung to platinum mines: rogues from Germany, England and other countries were buying precious metal from poor prospectors. In 1922, Johnson, Mattei and K0 tried to do everything possible to obtain a concession for the Ural placers. However, at this time the trust “Uralplatina” was created, which at the same time launched 17 drag and organized an artel.

The British did not calm down: they insistently offered the Soviet government to sell them, as before, the extracted raw platinum. They arrogantly believed that the Russians would not be able to organize the rather complex processing of the metal. But already in 1918, V.I. Lenin about the organization of the Institute of Platinum and Noble Metals under the guidance of world-renowned scientist Professor A.A. Chugaeva. Naturally, the British wanted to pay only for platinum, and Chugaev developed a method for efficiently obtaining platinum from the Urals platinum of other precious metals - iridium, osmium, palladium and ruthenium (discovered in 1844 by Kazan University professor KK Klaus). Russian platinum began to serve the interests of the Soviet state.

The conclusion from the story told is simple: Russia is rich in its subsoil, its mineral resources. Hunters seize these wealth has always been and will be countless. Foreign firms have always tried to strangle the Russian national industry: suffice it to recall that tsarist Russia imported from abroad all phosphate, potash and nitrogen fertilizers, all rare and doping metals, and even ... glass sand! The nationalization of natural resources quickly brought the USSR to the first place in the world in terms of reserves and size of extraction of almost all types of minerals. The collapse of the USSR led to the destruction of the world's most powerful mining and mining industry. Out of the country exported raw materials at least 500 billion dollars! 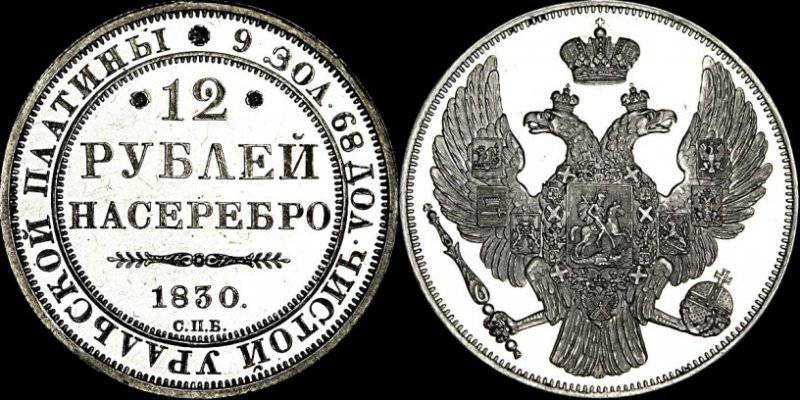 The policy actively implemented by the current government of the Russian Federation for the sale of licenses to own mineral deposits leads to their seizure by nominees associated with foreign mining companies such as the diamond monopolist - De Beers or simply mafia. Minister of Natural Resources of the Russian Federation V.P. Orlov sold about 20.000 licenses to own Russian subsoil, a billion dollars was received for this, but the cost of the wealth sold is hundreds and thousands of times higher. Now we are talking not only about platinum, but about gas, oil, coal, uranium, diamonds, gold and other minerals worth more than 20 TRILLION DOLLARS: such is the monstrous cost of wealth, explored by Soviet geologists! That is why the policy of the corrupt minister "Vranchenko" is necessary for foreign monopolies and so successfully continues by thieves, "reformers" in our time!

Ctrl Enter
Noticed oshЫbku Highlight text and press. Ctrl + Enter
We are
Raids of the Crimean Tatars. 1737 Campaign PlanChildren's alphabet about the 1812 war of the year, published in 1814
Military Reviewin Yandex News
Military Reviewin Google News
30 comments
Information
Dear reader, to leave comments on the publication, you must to register.