Putin is changing the brains of the West 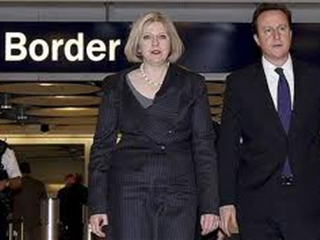 The West, which has become stagnant in its dogmas, does not keep pace with the rapidly changing world. And he does not have time not only somewhere in the foreign policy arena, but also within his own countries. No wonder, the world has become global and challenges have become global, and politicians have remained homegrown. Those who considered American politicians to be such “political docks” will probably soon change their mind.


Russians living in the United States sometimes cling to their heads at the stupidity of American politicians. We were frankly impressed by the former governor of Alaska, Sarah Palin. During the debate on the question of how you will conduct foreign policy, because you do not have international experience, the former governor of Alaska Bravo replied that she has international experience with the Russians. The fact is that Alaska and Russia are separated by a narrow strip of the Bering Strait. Russian fishermen often sit on the ice there, and they come very close to the American border, so Mrs. Palin saw it all and shouted to them: Come back russians, come back! (Russians come back! Come back!) The international experience of Sarah Palin is simply unique, but it doesn’t smell like brains. Did those Russians hear her? Let's hope not.

In order to understand the essence of things, it should be recalled that the Bering Strait with the smallest width of 85 kilometers hardly makes it possible to shout to the Russians from the American side. But the understanding of Mrs. Palin can not take this into account, due to natural inclinations. And this is a politician who was methyl as vice president, and this vice president was supposed to be the well-known John McCain. So the Russian Obama sin to complain! By the way, the current "vicic" Joe Biden, also frankly causes laughter. These people are trying to defeat Putin and are openly offended when they fail to do it.

Last week it became known that the British Home Secretary Theresa May (in the photo) refused to write to the royal coroner in a public inquiry into the Litvinenko murder case, citing this “with an appropriate government decision and the impact of factors in international relations.” But more recently, the situation was to the "disgusting reverse." Russia openly offered to change the constitution. One can only guess what kind of idiot David Miliband, the former Minister of Foreign Affairs, feels like today, who actually proposed changing the constitution of Russia. I wonder if he had the sense to do it now? In any case, in the 2009 year, the direct question whether he gave advice to Putin about a change of constitution, Miliband went away from the answer, which means he felt himself an idiot. Let the reader respond to himself, it would have happened in Miliband’s head, if Putin hadn’t put a vivid slap to the Minister of Her Royal Majesty in 2007, figuratively speaking. At the same time, Minister of Foreign Affairs of the RV Sergey Lavrov seized the second prose of the same time.

That's when the first shift occurred. There was also a confrontation in Kosovo, which cost the West extremely dearly, perhaps never in their lives could the West get anything so dear. Putin simply missed the West through a small grater and incinerated Western ambition. Since then, no one else has the idea that you can ignore the opinion of the Russians. There was another episode when, at the cost of tremendous losses, Putin managed to convince the terrorists that it was no use to seize hostages in Russia. This is about taking hostages during the Nord-Ost musical in 2002. And yet the terrorists tried again, then there was a seizure of the school in Beslan in 2004, and again they had to prove the futility of such types of pressure on Russia. For the Beslan terrorist attack visible hands of Western intelligence services. Then Russia paid a terrible price, but there were no more hostage-takings in Russia. The dead children are terribly pitiful and one can only imagine the immense grief of their parents, but maybe thousands of other lives were saved by the very firmness shown by the Russian president. It should be recalled that up to this point the hostage-taking was more often than the seasons. Now foreign intelligence agencies have retreated. The bloody senaries do not lead to anything, and Putin, too, is driven into their heads.

If it seems to someone that the author idolizes Putin, then I would like to note that this is not so. There is a lot of bad things in Russia, perhaps more than in some wealthy countries, but there are more good things in Russia than in other countries. Remember what Russia was 15 years ago, the empty treasury and the foul crowd of some completely nasty people who did not shun anything, remember the murder of Vlad Listyev, and thousands of other murders. Millions and billions of theft of all kinds of "Berezovsky, Khodorkovsky and Goose". This is at a time when retirees fed on garbage in the garbage. The horror comes along with the memories. Today, all this is not. The country has money, wages and pensions are rising. Russians are increasingly respected in the world.

Recently, in a New York restaurant, a Greek waiter, by chance, saw a silver cross on a silver chain and asked what branch of Christianity this cross was. Having learned that the owner of the cross belongs to Russian Orthodoxy, but he lived in one of the republics, the Greek declared that you are not Russian and say to everyone that you are Russian! It is very cool! Your president is like armor, about his military superiority of any country will break like a watermelon against a wall. I am happy that the Russians have the same faith with the Greeks.

It was difficult for me to understand how the world has changed over the past few years. Even those who always and out of duty hated Putin, interfering with mud, can no longer continue to lie and are increasingly recognized as superior to Putin. We wrote about this in an article Ecuador was blown away - now everything depends on Putin. Then Scottsman correspondent Gerald Warner directly stated the growing pro-Putin sentiment in the world. Where did this Russian leader’s image come from? Probably need to say a few words.

Looking recently at the video footage of the flights of the Russian T-50, the author of this article drew attention to the fact that the wings of the new aircraft no longer resemble the wings of a bird, they are more likely to resemble seal flippers or walrus in their different shapes. The difference here is that ordinary wings are made so as to “rake up” the air beneath themselves creating a lift force. The air is quite discharged substance and it can be floated in it only conditionally. Water is another matter; swimming there is real and pinnipeds use it to the full. As you know, the density of water is higher than the density of air 800 times, and all the difference between flight and navigation is based on this. Birds are raking the air under them, and the seals are repelled by the water as something more dense. Here it comes to mind that if Western politicians need to constantly flap their wings in order to fly, otherwise the fall is inevitable, then Putin simply floats starting from events as something that allows him to do so and not fail. Sorry for some imagery, but Putin feels in politics like a fish in water. He knows exactly what kind of fin you need to move to set a new degree of movement. The difference between “flapping wings” and “rowing flippers” consists in multiplicity. To fly you need to flap your wings often, in order to swim you just need to push off with flippers. That is, the actions here need stronger, but rare. That's exactly what we see in Putin.

The West constantly denounces Russia and Putin, but it is worth Putin once to make a speech in Munich, and everything that Western journalists and foreign leaders have said so far turns to dust. Of course, after each Putin’s speech, journalists have enough work for many months, articles and analytical forecasts are being written. Nobody is waiting for Obama's speeches, everyone knows that there will again be one slippery soap and, accordingly, soap bubbles, which are not as beautiful as words, but they are a little confused.

Putin always says business. The country is really built. It seems to those who live in Russia that it may or may not be, that everything can happen very slowly, but you, believe me, believe a person who sees it all from the outside. When you get to a city where you haven’t been just a year, you see how something new appears here, or something old has been repaired. And even though this repair and construction has no end in sight, it’s clear that work is underway. For example, cities in the United States look very different. Everyone already knows that the US authorities are going to bankrupt Detroit. There you can only sympathize with the white population.

Today in Detroit 83% black, what will be there with white can be represented only in a nightmare. Chicago did not go far, skirmishes are already taking place during the day. On another day, the dead can happen even before 10 people per day. And these people, these media talk about the ineffectiveness of Putin? The US authorities do not want to save Detroit, not because they do not feel sorry for him, but because there are dozens of major US cities and almost all small towns on the brink of financial disaster. To help Detroit, then it will have to help the rest of the cities, and this is already a clear financial catastrophe in the country. Today, the US continues to issue about 85 billions of unsecured money and immediately repurchases its financial obligations for 45 billions. That is, every month, up to 40 billions are thrown onto the market with the US securities and stuff the whole world. All this cannot go on forever.

In Russia, however they are, they cannot imagine such tricks. The main challenges of Russia today within the country. Under external pressure around the perimeter and under vacuum inside Russia, a breakthrough can be expected at any moment. If Putin manages to cope with this vacuum, it will make his country invincible, and personally his greatest political figure of all time. Those who are quoted today, for example, Churchill, Eisenhower, Kennedy will remain political dwarfs, despite their significant deeds in stories. The difference between them and Putin is that they have worked in the name of their countries, Putin is changing the world perception of the world, Putin is really changing the brains of the West through the citizens of these countries, who are already openly saying, we need a Putin like this.