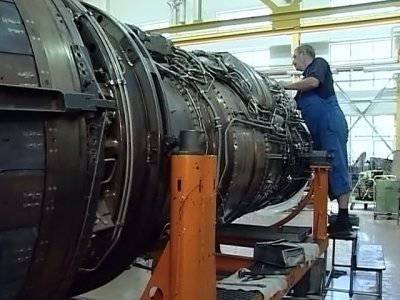 Release begins in Bashkiria aviation engines of the new generation, which will be equipped with the T-50 multipurpose fighter, which will replace the Su-27. Thanks to the new propulsion system, the aircraft will become extremely maneuverable. Most of the information about the new product is, of course, classified, but some have become public knowledge.


Preparation for the serial production of the fifth generation engine takes place at all sites of the Ufa Engine-Building Association. This power plant is designed for the T-50 - the so-called "promising aviation complex of front-line aviation", which in the future should replace the Su-27 fighter. It is expected that according to its characteristics the engine will open a new era in the domestic aircraft industry.

Ishbuldy Klysov, the head of the assembly shop of the enterprise, said: "This is a new development - that the aircraft, that the engine. There are no such aircraft or such engines in the world. This engine has increased power and a controlled rotary jet nozzle. I think this is its main advantage."

The engine will have a fundamentally new automatic control system - fully digital. For the first time, it will be entirely built on the Russian element base.

Thanks to technical innovations in the engine, the T-50 will have super-maneuverability. For example, it can hang in the air perpendicular to the surface of the Earth. In 2010, the prototype of the aircraft made its first flight, now flight tests continue.

Many experts are working on the verification of calculations, the debugging of the technology for processing parts and components of the future engine in Ufa. In the assembly shop to work out hundreds of new operations. Locksmith Gleb Petunin, whose duties include the assembly of the turbine unit, it is recognized that this is a big responsibility. "You need to be very careful. There are a lot of sizes here, every micron needs to be taken into account. The slightest mistake in calculations can lead to engine breakdown," he says.

Each stage of the engine assembly is monitored and tested. For example, after assembling the transmission, it is obligatory to pump in oil to eliminate foreign particles. If the sample does not meet all requirements, it is sent for revision.

In addition to factory tests, the new engine is waiting for state tests. Engine builders themselves prefer not to mention the exact date of launch of serial production - the stage of experimental design work may be delayed for several years. According to preliminary data from the Ministry of Defense of Russia, the T-50 aircraft should enter service with the Russian Air Force in 2016.

Ctrl Enter
Noticed oshЫbku Highlight text and press. Ctrl + Enter
We are
Media: Putin vainly admired the T-50 fighter - he was shown the plane with the old stuffing
Military Reviewin Yandex News
Military Reviewin Google News
101 comment
Information
Dear reader, to leave comments on the publication, you must to register.