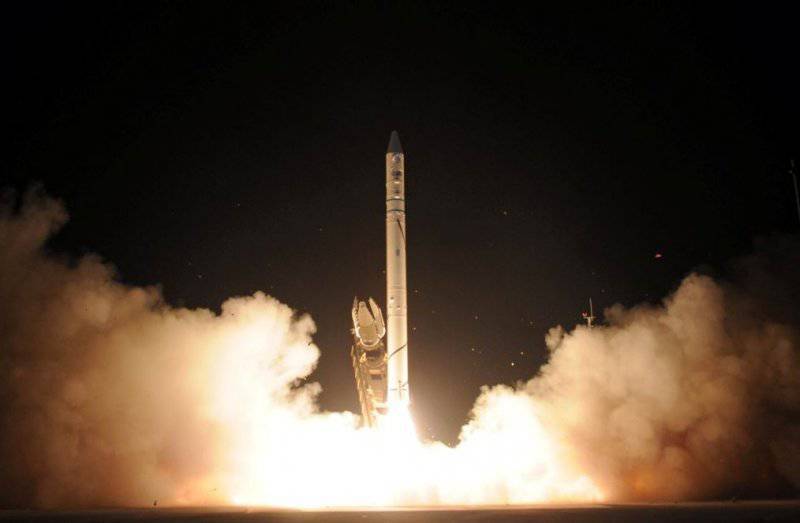 12 July 2013, Israel conducted another test of its MRBD (medium-range ballistic missile) Jericho-3. The purpose of the test was to test the rocket engine design. Previous tests of Jericho 3 were conducted in the 2011 year. In 2008, Israel completed bench testing of Jericho-3, which actually went into production a year earlier. With a range of over 5000 kilometers (and possibly more than 10 000, which makes it an ICBM), Jericho-3 can deliver a nuclear warhead to any point in the Middle East. Jericho-3 is a 30 ton, solid-fuel, two-stage rocket capable of carrying a payload of at least one ton. This means one thing: Jericho-3 is capable of carrying up to three separate nuclear warheads for individual targeting. Israel is believed to have at least a dozen Jericho-3.

Israel is also believed to have 50-100 missiles with a smaller Jericho-2 range. This 26-ton and rocket with a maximum range of about 1500 kilometers. The Jericho-1 ballistic missile was developed with the help of France and entered service in the 1973 year. This missile, which has a range of 500 kilometers, was gradually replaced by Jericho-2, adopted by 1989. Israel is believed to possess nuclear warheads around 200 and is capable of delivering them through ballistic missiles, submarines (cruise missiles launched from torpedo tubes) and aircraft.

The first two stages of the three-stage Shavit rocket used to launch satellites served as the basis for the Jericho-3 design. The first launch of Shavit was carried out in the 1988 year, and the current version (Shavit-2) is capable of putting a payload weighing up to 800 kg into orbit. Israel sometimes uses the services of other countries to launch its satellites. In 2008, an Israeli satellite with the TekSar airborne radar (also called the Ofek 8) was launched in India with the help of an Indian launch vehicle. Israel constantly uses and modernizes Shavit launch vehicles, and this obviously leads to the modernization of Jericho-3.

Ctrl Enter
Noticed oshЫbku Highlight text and press. Ctrl + Enter
We are
Nuclear potential of China: history and modernity. Part 1Missile tests of Russia create confusion in the definition of the ICBM and BRSD - Federation of American Scientists
Military Reviewin Yandex News
Military Reviewin Google News
197 comments
Information
Dear reader, to leave comments on the publication, you must to register.