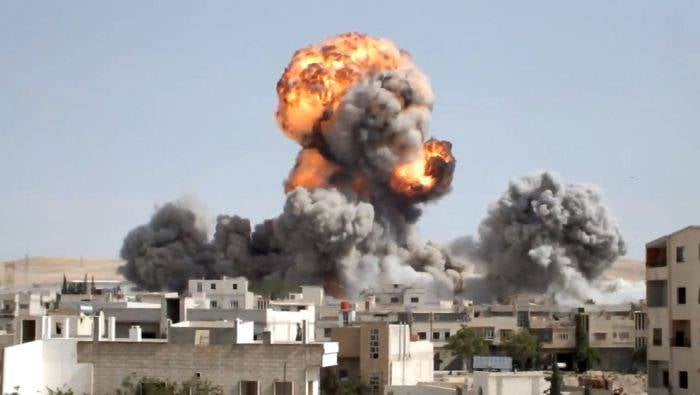 The United States has prepared a plan for limited remote strikes against Syrian army facilities, including air defense systems and command posts. This was stated by the head of the Joint Chiefs of Staff of the US Armed Forces, Martin Dempsey.

According to Dempsey, the effectiveness of strikes, which will require hundreds of aircraft, ships, submarines and other means, will consist in a significant weakening of the regime and an increase in desertion.

At the same time, the commander did not rule out that the regime of Syrian President Bashar Assad could withstand limited blows, the costs of which would be calculated in the billions. "Retaliation attacks are also possible," added Dempsey.

Also in his letter says that the establishment of a no-fly zone in Syria will cost the United States an average of a billion dollars a month.

"We would need hundreds of ground and sea-based aircraft, intelligence and electronic warfare, refueling and communications. The estimated costs are 500 million dollars initially, and an average of a billion dollars a month during the year," said Dempsey.

He also questioned the taking of Syrian chemical arsenals under control.

"This option involves the use of force to prevent the use or spread of chemical weapons. We do this by destroying parts of the large Syrian arsenal, preventing its movement and delivery, or capturing individual components of the program," Dempsey said.

According to the general, such an operation would at a minimum require the introduction of a no-fly zone, as well as strikes using hundreds of aircraft, ships, submarines and other means.

"Thousands of fighters from special operations forces and other ground forces will be needed to storm and retain the most important objects. The average monthly expenses can amount to well over a billion dollars. The result will be control of some, but not all, chemical weapons"- said Dempsey.

According to the commander, the inability to fully control the Syrian reserves of chemical weapons and means of delivery may allow extremists to get better access to them.

Meanwhile, we note, the US Congress has removed objections against the supply of American weapons to the Syrian opposition.

"We think that the administration can move forward (in the supply of weapons) ... It is important to note that we still have serious doubts," Chairman of the Congressional Intelligence Committee Mike Rogers told Reuters.

According to him, the administration is allowed to implement its plan only in view of the concerns of the congress.

The United States announced in June that it intended to provide military support to the Syrian opposition, but both parties in the congress opposed the fear that American weapons would fall into the hands of extremists. Previously, members of the Senate Intelligence Committee removed their objections with the condition that the administration will inform them about all changes in the situation.