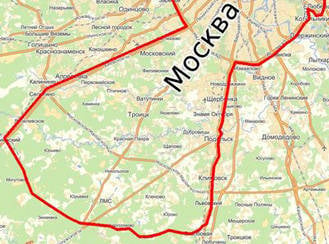 One of the most expensive cities in the world in terms of prices for accommodation is Moscow. At the same time, even the cost of living in Moscow hotels beats world records. World stars who arrive in the capital, Russia declare that the level of services provided in Moscow for the amounts that have to pay for services could be better.


At the same time, Moscow occupies one of the first places in the world in terms of construction rates. This is due to the fact that Moscow has for some time substantially grown in territories. This increase was provided by a government decision to attach to the capital a plot in the south-west of the Moscow region. Such a move was due to the fact that the capital needs to solve problems with the workload of highways. It was decided to move some ministries and the State Duma to a fair distance from the center, having built a whole complex of buildings for them.

A number of investors enthusiastically embraced this project, many decided to take loans and loans onlinein order to invest the funds in a new property. But real estate for state services and structures remained real estate in the direct sense of the word: services and structures did not express a desire to leave the center of Moscow, which means that traffic jams that often arise due to the fault of the “blue buckets” will still excite the capital.

Another thing - investing in real estate economy class. Large-scale construction of housing for military personnel is unfolding on the squares of Moscow. Persons who become happy owners of a certificate for the purchase of long-awaited housing, have the opportunity to become owners of apartments in New Moscow.

To implement a large-scale and ambitious project of new Moscow, it will be necessary to attract big business, which rarely wants to invest in those projects that will not be immediately profitable. Foreign investment in New Moscow is also not at an impressive pace. A foreign investor is looking for a safe haven for his funds, and New Moscow is too loud a project to be able to squeeze out immediate benefits. Although there are those investors who decided to send large capital to the construction of New Moscow. How profitable such investments will be is a question that no expert in the field of economic planning can answer today.
Ctrl Enter
Noticed oshЫbku Highlight text and press. Ctrl + Enter
We are
Military Reviewin Yandex News
Military Reviewin Google News
21 comment
Information
Dear reader, to leave comments on the publication, you must to register.