MFA of Russia: US in the propaganda grip of the Cold War 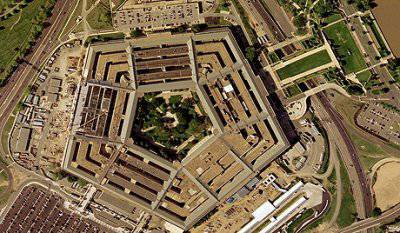 On July 12, the US State Department released a new report on Compliance with International Arms Control, Nonproliferation and Disarmament Agreements for the 2012 Year. The authors of this document reviewed and gave their assessments of the processes that took place last year regarding compliance with various international agreements. In particular, American experts touched upon the topic of chemical, biological and toxin weapons. According to the findings of State Department specialists, Russia is far from observing all of its obligations. Because of this, the United States has a number of claims against it. A week after the publication of the report, the Russian Ministry of Foreign Affairs made a response statement. The Information and Press Department of the Ministry of Foreign Affairs published the opinion of the Russian side on a recent report.


First of all, Russian diplomats noted the strange fact that it was not the first time when American analysts accused Russia of failing to comply with certain conditions of international agreements. As an example of this unsubstantiated accusation, the Foreign Ministry of Russia cites the American conclusions regarding the actions of our country under the Convention on the Prohibition of Biological and Toxin Weapons (BTWC). So, the American side, as always, has no evidence of its words. However, as noted by the Ministry of Foreign Affairs, many questions regarding the destruction of biological and toxin weapons could be solved by creating a verification mechanism within the framework of the Convention. But first, the United States blocked the proposal, and then began to express concerns about open issues.

Also, the Russian Foreign Ministry noted that the existence of such a verification mechanism would help to remove some questions to the United States. Currently, some organizations in this country are actively involved in research that may have dual applications. Thus, some results of the work of these organizations may openly contradict the 1 article of the BTWC, which raises relevant questions from the Russian side. Russia is also concerned about the lack of documentary evidence that all laboratories, etc. The facilities used by the United States in military biological programs have been eliminated or transferred to the peaceful sector. Thus, the US itself may violate Article 2 of the Convention on the Prohibition of Biological and Toxin Weapons.

In addition, the Russian Foreign Ministry expressed dissatisfaction with the fact that the Pentagon’s biological projects are also being conducted near the Russian borders. The diplomats did not specify which objects they had in mind, but further explanations from the experts followed. According to the editor-in-chief of the National Defense magazine I. Korotchenko, the Ministry of Foreign Affairs comments so vaguely mention the Georgian “Central Reference Laboratory of Public Health”, created with the participation of specialists from the United States.

The next topic raised in the US State Department report and commented on by Russian diplomats is the obligations under the Chemical Weapons Convention (CWC). Thus, in the report “On Compliance with International Agreements in the Field of Arms Control, Non-Proliferation and Disarmament for 2012”, Russia is accused of non-compliance with a number of requirements of this international agreement. At the same time, as noted by the Russian Foreign Ministry, such accusations are found only in the submitted report. Within the framework of the Organization for the Prohibition of Chemical Weapons (CEC), such claims are not made. Moreover, the American representatives in the OHSO are also silent on this. The Russian Foreign Ministry makes an unequivocal conclusion from this: they have nothing to say. Our country consistently fulfills all the requirements of the CWC and regularly sends relevant reports to the supervising organization. To date, Russia has destroyed about three-quarters of all of its stockpiles of chemical weapons. At the same time, the United States effectively suspended similar work. Under various pretexts, they delay the construction and commissioning of the respective enterprises.

The next charge of US State Department analysts against Russia is compliance with the Treaty on Conventional Armed Forces in Europe (CFE Treaty). Blaming Russia for non-observance of one or other of its points, American experts forget that already in the mid-nineties all the states participating in the CFE Treaty recognized it inappropriate to the real situation. In order for the contract to meet the requirements of the present, in 1999, the European states signed a so-called The Agreement on Adaptation of the CFE Treaty, but the United States and its allies in Europe refused to participate in this agreement. Ultimately, in 2007, Russia, exercising its right, was forced to declare a moratorium on the implementation of the treaty in its unfavorable old version.

Thanks to this moratorium, according to the Russian Foreign Ministry, Western countries have realized that the world has changed and it will not be possible to return to outdated geopolitical schemes of the Cold War era. In recent years, European countries, together with the United States, have been looking for new ways to exercise control over conventional weapons in Europe. Russian diplomats are hoping that foreign states have learned the lessons of past years and will not use new agreements as an excuse for political conditions.

The authors of the American report did not avoid the topic of Georgia. In response to the allegations against South Ossetia and Abkhazia, the Russian Foreign Ministry recalled that the latter are sovereign states, and an unwillingness to put up with this fact could adversely affect cooperation with our country. In addition, claims to independent countries can have a negative impact on one of the instruments to strengthen confidence and security in Europe, namely, the Open Skies Treaty (DON). Russia believes that flights in the zone closer than 10 kilometers from the borders with states outside the treaty (Abkhazia and South Ossetia did not sign the DON) are in violation of article VI of this document.

Commenting on the American report, the Russian Ministry of Foreign Affairs did not hesitate to remind foreign partners about their own problems. Thus, official Washington has long enough promised the international community to ratify the Comprehensive Test Ban Treaty. However, this ratification remains the subject of numerous conversations, but not practical steps. The United States has not yet ratified this treaty, because of which it cannot fully function.

According to an official comment from the Russian Foreign Ministry, the US State Department report left a specific impression. It looks as if the United States is still "in the propaganda mites" of the Cold War. At the same time, the United States strives to give marks and label it to other countries, but categorically do not want to pay attention to their own problems. As a result, Russian diplomats make a reasonable and expected conclusion. Reports like the recent “On Compliance with International Arms Control, Non-Proliferation and Disarmament Agreements for 2012 Year” do not contribute to creating a trusting atmosphere and cannot ensure progress in non-proliferation and arms control, including prohibited by international conventions.

Ctrl Enter
Noticed oshЫbku Highlight text and press. Ctrl + Enter
We are
Pentagon CybermenSituational analysis of the death of the MH17 flight (Malaysian Boeing 777), made on the basis of engineering analysis from 15.08.2014
Military Reviewin Yandex News
Military Reviewin Google News
25 comments
Information
Dear reader, to leave comments on the publication, you must to register.